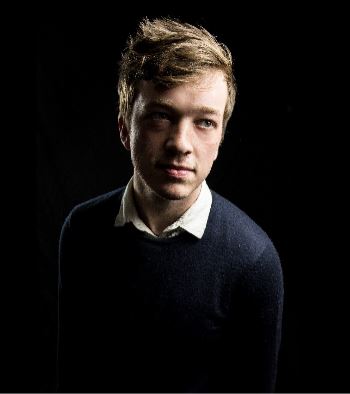 Roland Spreckley is a songwriter for APG originally from rural England. A consummate expert of the craft, Roland’s worked with some monolithic names in recent music. Herein we come in mid-conversation, where we discuss viral boy band sensation Why Don’t We, who he works closely with. Our conversation hits many topics, and is nothing if not an evocative dialogue on the state of pop.

What is the next step for the boy band?

Most people want to go with the urban-leaning with their rhythms in the verses and more pop hooks in the chorus. As the market today is mostly dominated by urban music it’s more about finding something that appeals to that. With [Why Don’t We] it’s all about running concepts that are completely original and completely left of center.

Does that shift to a more urban sound translate over into the content of the music too?

Not really content. You speak about what they are, and these are five caucasian guys. You speak about what they want to do, and what they talk about. You would lean urban in the verses and then have something more melodically strong for the chorus. Lyric wise, content wise it’s more about them. They’re like 16 to 18, so it’s more about stuff they can relate to in their life, and then of course what their listeners can relate to. Most of their listeners are around 12 or 13.

It’s interesting because you’ve done a lot of work tailored towards a general audience, but this is more teenybopper music. When you develop a song for a young audience is there a difference in the way you approach it? I assume the content can’t be too outrageous, but in terms of sound, are you finding that certain sounds are working better with younger audiences?

It has to be way more rhythmic. I think the big days of big soaring melodies are kind of over, especially for the younger crowd. These are people who are brought up on more urban music and what’s popular now. For Why Don’t We I really like to do something that will showcase each particular voice in the band. That includes harmonies as well. I like doing five-part harmonies with them to really showcase their voices. It’s not like the Backstreet Boys. It’s more rhythmic, more cool, swagged out than the more simple and overbearing structured melodics of the early boy bands.

I think some of them were Instagram kids. More and more often that’s happening. I also worked with this artist they just signed to Atlantic called Baby Ariel. I think she’s 17 or 18. She got huge off Musical.ly, which is an app for young people that lets you lip sync to songs. She ended up getting about 20,000,000 followers on that and then on Instagram she had a few million as well. She’s like an influencer. She already has a market. When she releases a song that maybe I wrote with her, it’s already reaching an audience of 40,000,000 people. That’s before it goes to radio and before they even start marketing. I think that whole idea of Instagram and social media influencers is huge here. Obviously she’s a great artist and she can sing well, but it just gives you a step up in today’s industry. People are looking at how artists can create their own fanbases through social media and apps like Musical.ly that all of these kids are on. As soon as she released her first single it was right into viral charts without any money going into it, just her putting it out.

All of these kids on social media, all of these young people making music on social media are basically building up a portfolio for when an investor comes around. Even if they’re not actively thinking about it, there’s a vague conceptual version of that—maybe a little divorced from the music side of it, and more about the notoriety aspect of it. I think the first good example of this is Justin Bieber. He was found on Youtube pretty early on.

Now every label has a team of people looking at these things, and also looking at people who releases things. If one of these social media influencers releases something and it can get 500,000 or a million plays on Spotify, on the viral charts, that’s so much potential. You’re already tapped into a market. Then it’s all about finding the right songs and the right style. It’s less of a risk for labels to sign these kids. The whole development phase isn’t needed as much. If I was an artist I would definitely recommend to build up your social media. They really really look at these things.

You don’t need to be whisked away to Los Angeles to become a successful artist anymore. If you’re good at marketing yourself, you can become a pop star without any help.

Labels are really interested to see how that first release goes. If it goes really well they’re like ‘okay, we’ve got a market.’ Now there’s so many ways on the internet for people to listen to your song. I think it’s a great thing. I’d be interested to see how the older markets, people above 25, what they would be listening to as well. How will you identify the next Michael Buble, who caters to an older market but still sells out arenas? How do we find the next one of those? He’s tapped into a market that’s totally different. My parents for example listen to him.

Another great example is someone like John Mayer. I think pretty much anyone would go and see John Mayer if he came to town. Buble is kind of the same way. It’s a mix between a pop star and like a Harry Connick Jr kind of guy.

That’s why Adele sells more than anyone else. She can tap into every market. She’s also funny and relatable when she talks. Her music is very wide-reaching. Also what’s interesting about many of these artists who reach across markets is that so many of them are British! I wonder why that is? Is there something more appealing about a British singer?

There are a disproportionate amount of British pop stars, and I have to believe it’s a holdover from the British Invasion. Back then, the British completely dominated America in terms of popular music. The Beatles, a British band, are probably the most popular band ever. I think that for so long ‘cool’ and ‘British’ were synonymous with one another. The British are also much more capable of launching someone from a show like ‘The X Factor’ to immense stardom. Americans just don’t care as much about that stuff.

The X Factor is huge! I love the X Factor in the UK. It’s becoming less popular, but you still get stars out of it.

We’ll certainly be coming back to our conversation with Roland soon, but there’s a bit too much there for just one piece. In the meantime, check out the music of Why Don’t We and Baby Ariel, both of which feature his songwriting.