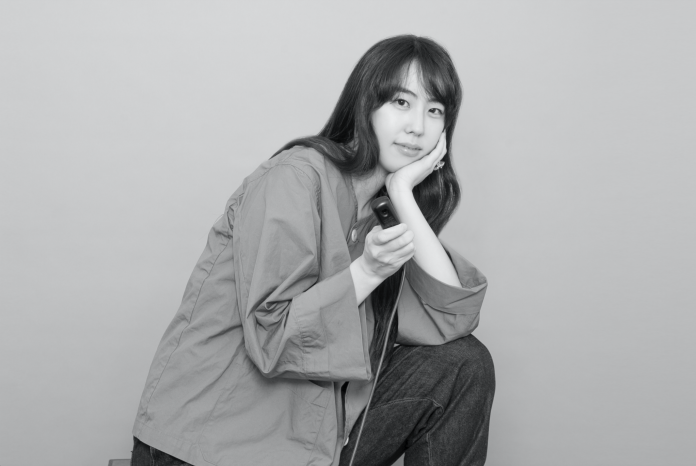 Actor, director, and screenwriter Woonyea Han has made her own way in the entertainment industry after relocating to the United States.

As a performer, she has worked with a great number of filmmakers and artists to tell compelling stories. In particular, Han is very passionate about supporting diversity in media, not just in front of the camera but behind the scenes as well.

In fact, in her own film work, Han strives to create characters and scenarios that share a uniquely Korean perspective with audiences.

Han’s films have been selected for more than 100 film festivals worldwide. The short films Fix Me and The Mood of Those Days, both released in 2019, received notable praise and attention at multiple festivals. On top of it all, Han has recently been developing a concept for television based on a Historic Korean artist.

We got in touch with Han a few days ago to have a chat about diversity in media, some of her favorite roles, and the importance of Korean culture on her current and past work.

Do you think American media is becoming more diverse?

Han: Yes, diversity has been a key topic in American media for the past few years and the interest in Asia is quite intense these days.

Are Asian-Americans performers more in-demand today, in your opinion?

Han: Yes, because I think the demand is certainly increasing compared to a few years ago. It all began with the success of the film Crazy Rich Asians. Then afterward, Parasite took home Best Picture. This year, Minari, the winner of the Grand Jury Prize and Audience Award at the 2020 Sundance Film Festival, is the hot topic. I am constantly hearing news every other day about films and TV series with Korean actors playing lead roles. How do you bring your multicultural background into your work?

Han: I was born and raised in Korea, studied dance in Europe, and stayed in London and Paris respectively for one year. Then I came to the United States with the dream of acting.

How do I bring Korean culture into acting if I incorporate “han” into it? Han is incredibly hard to explain considering the word does not exist in English but it is essentially a type of grief that Koreans feel. When I play a dramatic role in English, I wear this sentiment. I want my audience to feel what we feel as Koreans.

Have you been able to work with other Asian-American actors here in the US?

Han: Yes, I’ve had many opportunities to work with Asian-American actors and filmmakers. For example, I worked with APFF award-winning director Richard Chung in Korpino. The word Korpino means Korean in Filipino. The film is a story about a conflict of identity for a young woman who was born to a Filipino mother and a Korean father.

The actors in this film are Asians with different backgrounds: one Filipino, a Filipino-American, a Korean-American, and two Koreans including me. Since working on that film, I have been in contact with the actors in order to help them build their careers. It selected and screened at Shortciruit Pacific Rim Film Festival at the Vic Theatre in Canada in 2019. Would you like to write more scripts in the future?

Han: Yes of course, but at the moment I would like to further refine the scripts I have already written. I have one script in particular which is about a historical Korean artist who worked all over the world but was never known because the Korean War stole her fame. I have gotten a lot of positive feedback about the possibility of producing it as a TV series rather than a film, so that is my current focus.

What has been your most interesting role to date?

Han: As an actor, I love all roles, major or minor, because I feel like they reflect me at that time. So, when I am asked that question, I often say that I am interested in the roles I played recently. I recently worked with a famous cinematographer from Korea. He is a famous director and professor, and he filmed the work using a newly released camera. I am expecting a good mise en scène. Also, I will be playing the role of a news anchor in a feature film, which is scheduled for shooting next week. I am really in love with this character. What has inspired you to explore so many different sides of filmmaking?

Han: I have been asked that kind of question many times. I have a background in painting, curating, dancing, and I have engaged in all kinds of activities related to art. I have always worked on expressing myself with artistic language. After such artistic experiences, I entered film school.

This led me to New York City to study at the New York Film Academy. Once at the academy, my inspiration changed from an artistic one to a cultural one. I wanted to show my country in the best possible way by making films about it. This has ultimately led me to the project about the Korean artist that I mentioned earlier. Can you tell me about your experience with film festivals?

Han: Absolutely. My work has been selected for over 100 film festivals all over the world. One film in particular that I wrote, directed, and acted in, called Fix Me, has been received well here in the United States by film festivals. At the Actors Awards in Los Angeles, Fix Me won the Best Actress in a Fantasy Film.

Beyond the actual film festival experience itself, which has always been enjoyable, I have learned to appreciate the feedback that comes with it. It has been encouraging to me. For example, I was featured on the Indie Eye Podcast where they mentioned that my film Fix Me was ‘beautiful from start to finish in the framing and the colors… and visually it had so many layers. It has graphics, visual effects. It has amazing color and an amazing aesthetic. You can tell that Woonyea Han cared so much about this.’ Organizers for the Indie Night Film Festival are planning an online screening for Fix Me starting on April 25. Another film that people have responded to with love is The Mood of Those Days. It has been screened at the Paris Play Film Festival, the Beyond the Curve International Festival in France and I have noticed that Europe seems to really love this film.

I have gotten good feedback from U.S.A. film festivals like the Vegas Movie Awards. Last year I got the chance to work with director Farbod Ardebili who is a Sundance Fellow and film called The Image. We started to search out other festivals where we can present this film. We got feedback from the Hollywood International Golden Age Festival where we won the Best Actress category and Qualified as an Official Selection with a BAFTA Cymru Recognized Festival that took place at Carmarthen Bay in the United Kingdom in 2021.

All images courtesy of Woonyea Han.