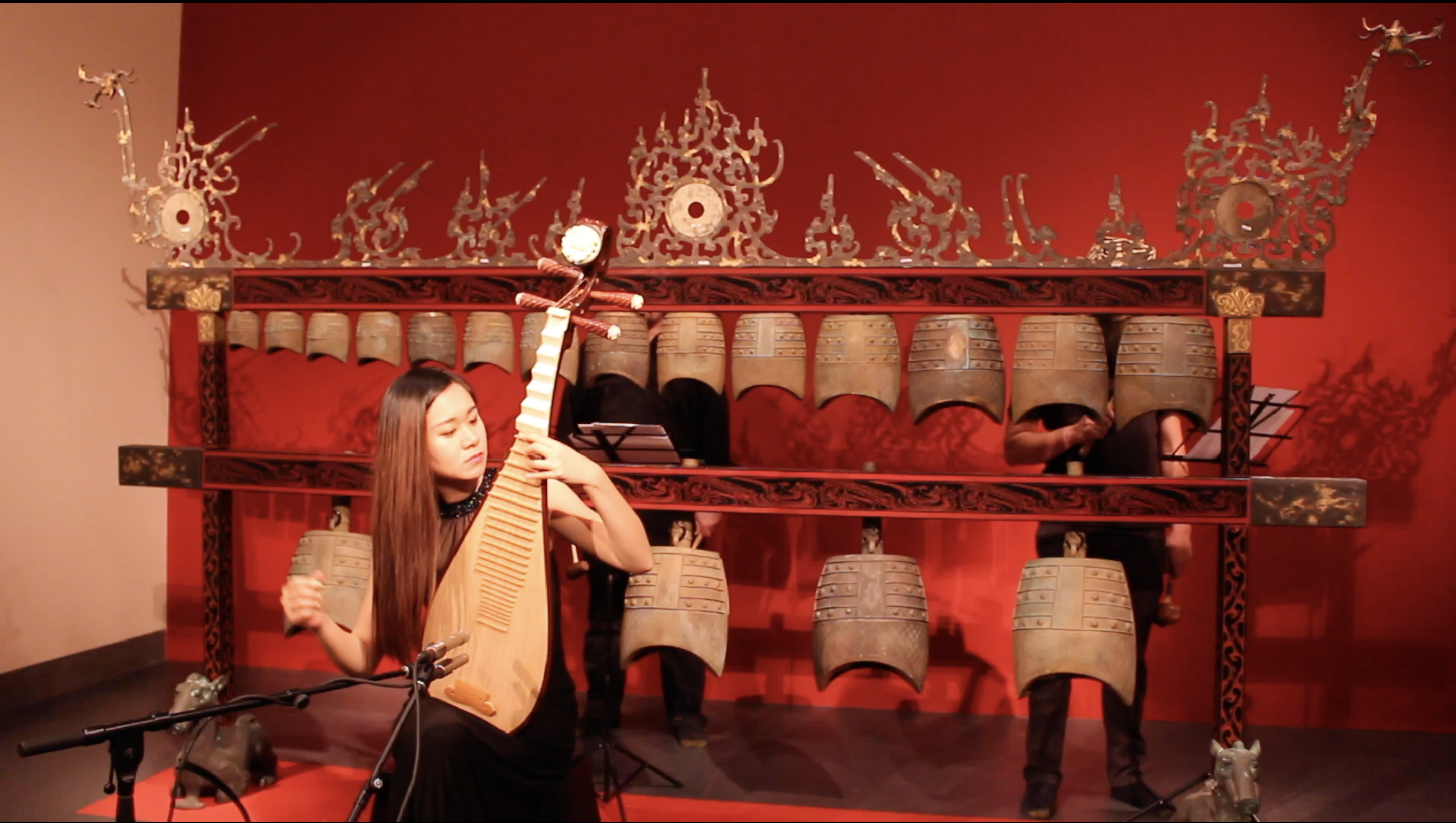 Siyang ‘Sophia’ Shen is a Bay-Area based composer and sound artist originally from China who specialized in an obscure instrument known as the ‘pipa.’ Her music has brought her all over the world.

Sophia, your primary instrument is the Pipa, which isn’t something that a lot of our readers are probably familiar with. Can you tell us a little bit about the instrument and why you are so drawn to it?

Pipa is a four-string, pear shaped wooden instrument that can be dated back to the late Han Dynasty around 2nd century CE. It’s one of the most popular Chinese instruments and has been played for almost two thousand years in China. Several related instruments in East and Southeast Asia are derived from the pipa, including the Japanese biwa, the Vietnamese đàn tỳ bà, and the Korean bipa. I started playing it when I was 10 because I was drawn to the sound of the instrument. It’s one of the most difficult traditional Chinese instruments to learn.

You’ve toured pretty extensively. Can you tell us a favorite anecdote from your time on the road?

One time I was touring in Japan and I shared a set with the Japanese Musical Saw master Hajime Sakita. We only chatted for a few minutes and he had to leave because he had a plane to catch to another gig. A year later my duo Apartment D was touring to her home country Iceland (because my bandmate Ingibjörg is from Iceland) and at a local house party after the show I got a Facebook message from Hajime. “Are you in Reykjavík? Saw your post about the show and congratulations! I’m on family vacation but my plane leaves in just a few hours.” I said come to the house party and bring your instrument. An hour later he showed up at the house, and we were jamming for 20 minutes on the balcony under the starry night of Reykjavík, and he left to catch the plane. It was the first time I heard pipa and musical saw played together, and it was realized on a foreign land. I always love this story because it’s among those times when music brings wonderful encounters in my life. It brings people together.

Do you find Western audiences to be receptive to your music? What’s the difference between playing for a Western audience rather than for a Chinese audience that might be more familiar with your style of music?

It’s actually easier to play for western audiences. My music style is eclectic, with a lot of different influences and experiments. With western audiences, they see a Chinese instrument but they don’t know what to expect, not to mention with a laptop there. So for them it is new and interesting. To Chinese audiences, they know what a pipa sounds like and they probably have some expectation already, but when they find out that this is not at all what they imagined it to be, it’s probably more difficult for them to accept.

You have a lot of experience with styles of music other than traditional Chinese. One thing that sticks out to me is your experience with electronic music. Can you tell us a little bit about how the two genres work in congress with one another when you’re creating original compositions?

I started playing pipa in a western contemporary music ensemble when I was in college. We performed a lot of contemporary repertoire with open instrumentation from composers such as Cornelius Cardew, James Tenny, Louis Andriessen etc. That was the first time I found my place as pipa performer in a western ensemble. I started doing improvisation and composing solo pipa pieces. During my graduate studies at Mills College I started experimenting adding live electronics into my pipa improvisation performance to expand the timbre. I’ve had live performances with pipa and different software such as Ableton Live, MaxMSP and Supercollider, and it’s still a learning process.

You mentioned that you were going to start using Bandcamp later this year. What sort of projects can we expect to see on that?

I’m releasing my first Bandcamp album. It’s a multi-movement piece called The Unveiling, with solo pipa and live electronics. The whole piece is written in code in a programming language called SuperCollider. Originally it was a live performance piece but I thought it’ll be interesting to record and mix it so it exists in a different form.