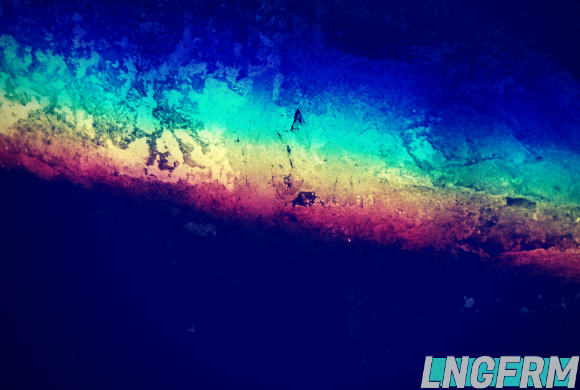 It’s been roughly 50-odd years since Pink Floyd first came onto the scene. They have since become one of the most commercially successful and critically acclaimed bands of the 20th century.

In fact, it’s difficult to find someone who doesn’t have at least a passing familiarity with Pink Floyd.

Dark Side of the Moon has become an album that just about everyone is familiar with. It’s a known fact that you can’t get through college without seeing the logo plastered on t-shirts, posters, and bumper stickers.

So instead of taking a look at the band’s illustrious career, we’re going to list some of the biggest bands influenced by Pink Floyd. Let’s get started.

(And if you’re looking to read more about weird music, check out the companion piece to this article.)

The spaceman himself was a big fan of Pink Floyd, especially their early work. And the connections between their music are relatively easy to find.

After all, Bowie and Floyd both had a pretty serious interest in writing songs that had subject matter that had nothing to do with love and relationships.

Even to this day, it’s pretty rare to come across music that has something to say about anything other than love and affection.

Then there are the instrumentals of both groups. Pink Floyd was famous for creating incredibly original instrumentals for their music.

Don’t groan. I know, I know. U2 have sort of overstayed their welcome on the world stage. But when they were first getting started, they made use of a unique blend of post-punk and ambient elements.

U2 had many different influences at the start of their career, which helps explain their eclectic sounds.

Pink Floyd had a major influence on the band’s late-80s albums, such as The Joshua Tree. Floyd pioneered many studio techniques and ambient effects that U2 would later make use of on albums like The Unforgettable Fire.

Many of these sounds have to do with creating a sense of space in the music artificially. These days, we understand these types of effects as delay and reverb.

If a modern band wants to add reverb to a track, they can just buy a $50 reverb stompbox or download a free audio editor that has the effect built-in.

But back in the 1970s, achieving this effect required some serious studio wizardry and lots of time.

Brian Eno, himself a Pink Floyd fan, helped guide U2 to a fresher sound that made use of sounds and techniques that recalled much of Pink Floyd’s later work.

When we consider Radiohead as one of the most inventive and elusive modern rock bands, then it’s easy to see the connections from their work to that of Pink Floyd.

Pink Floyd was the first real British space-kid rock band. They were so weird for their time that the general public came to associate them with experimental techniques and generally doing whatever they wanted to do.

Radiohead has followed a similar trajectory through the course of their long career. They started out as a somewhat-radio-friendly group who hit it big with songs like Creep.

Sure, the instrumentals on that song are nothing all that original or inspiring, but the lyrical content definitely hinted at Thom Yorke’s darker fixations.

Over the next few albums, the band transitioned to a new style, one that incorporated a large number of digital elements and modern composition techniques.

And while Pink Floyd didn’t have the ability to use digital techniques, they were early adopters of the still-young synthesizers of the 70s.

Their albums started to focus more and more on the strange and spacey sounds that synthesizers could create.

And both bands, toward the end of their careers, focused on making music that was even more strange, alienating portions of their audiences.

The Nine Inch Nails (and especially founding member Trent Reznor) have been weird from the very start.

In fact, they just about single-handedly brought industrial music into the mainstream during the early 90s.

Their love for harsh electronic instruments and sounds have helped to define their sound since the very start. And in recent years, Reznor has only added to this reputation by creating movie scores that utilize almost 100% electronic elements.

The band has long cited Pink Floyd as an influence. And in this case, it might have had less to do with Floyd’s musical style than with their status as legends of the underground.

Sure, Floyd found a massive audience as the 70s turned into the 80s, but from the start, they were very much a band that was known best among the weirdos and the art school types.

It could even be said that the effect Floyd had on the mainstream music industry paved the way for weirder contemporary musical acts like The Nine Inch Nails.

NIN and bands like them definitely owe a debt of gratitude to Pink Floyd and their musical legacy.

So let’s take a look: so far our list has included two British artists, an Irish group, and an American group.

And now, at long last, we come to the Germans.

We’ve talked about Kraftwerk on the site before, and for good reason. They were pioneers in the area of electronic music, and for many young musicians, they offered an entry point into art pop and the avant-garde.

They were contemporaries of Pink Floyd during the latter part of Floyd’s career pre-breakup. But Pink Floyd definitely came first.

Unlike many other British acts of the time, Pink Floyd had a significant audience beyond Britain, across Europe. And even more importantly, they were a band that Europe took seriously.

Additionally, every member of Kraftwerk can speak multiple languages, including English, so Floyd’s music didn’t pose a language barrier for them.

There are many similarities between Kraftwerk’s music and that of the British space-rockers. Both bands created many tracks longer than 10 minutes. Both bands were well-known for the theatricality of their stage shows.

And both bands managed to make music about subjects other than love, loss, and heartbreak, which even contemporary artists seem to be unable to do.

Think of Kraftwerk as a version of Pink Floyd consisting of robots rather than people.