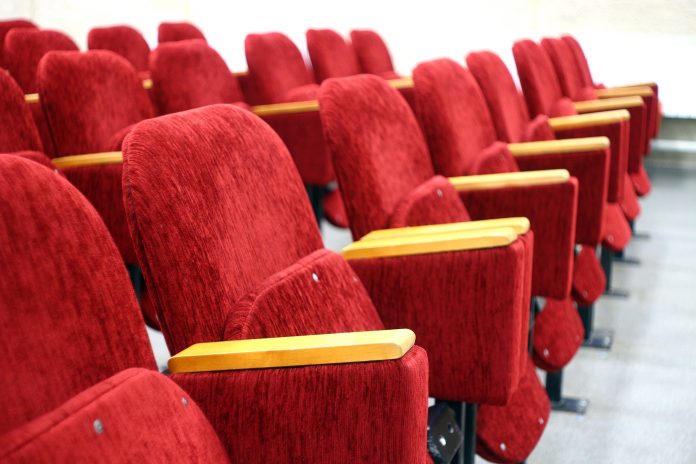 Not all of the best movies of the past few decades have come out of the studio system.

That’s why we’ve put together a list of the best independent films of all time, all of which broke the rules to get made.

Cassavetes starred in major movies like Rosemary’s Baby mainly so that he could afford to make his own movies with his close actor friends.

His wife, Gena Rowlands, stars in the film as a wife who finds herself in a precarious psychological state.

Her husband, played by Peter Falk, works in construction and often brings his friends and coworkers around to the house for dinner.

It’s during these visits that Mabel Longhetti (Rowlands) starts to unravel, bit by bit.

This movie is a monster, with a running time of more than 2 hours and 30 minutes. But it finds a way to keep the viewer’s attention with incredible performances that don’t feel like they’re in a movie at all.

Blue Velvet is one of David Lynch’s most contentious films, and that’s saying something.

Any number of David Lynch films could have been included in this list. But Blue Velvet also happened to be one of Lynch’s most widely seen films at the time of its release.

Roger Ebert shamed this movie for treating its actors with cruelty, despite the cast reportedly having no significant problems with the script.

The story follows a young man who finds himself back in his hometown. He quickly becomes involved in a local mystery with incredibly dark undertones.

This movie launched a new era of American cinema, especially with regards to independent movies.

It found a way to combine Americana imagery with nefarious and terrifying content.

Dazed and Confused is a movie about being in high school in the 1970s. And that’s about it.

But the simplicity of the subject matter doesn’t detract at all from the movie’s tone or quality. Just the opposite, in fact.

Like many of Richard Linklater’s movies, Dazed and Confused features a large rotating cast, specifically over the course of a single day.

Viewers witness hazing rituals, individual quirks, and the indifference of the adults in this small Texas town.

The movie doesn’t offer much in the way of story, but it does offer a unique filmmaking perspective that had a major influence on an entire generation of directors.

Robert Altman was one of the greatest directors of the 20th century, although many of his films have been largely forgotten by the general public.

But Short Cuts remains one of the best movies about Los Angeles that has ever been made.

Its many interconnected stories are based on a collection of short stories by famed American author Raymond Chandler.

The movie has comedy, drama, profound revelations, and entertainment calue to spare.

The plot is simple: a New Yorker who recently moved to LA is still dealing with a bad breakup. His friends do their best to help him re-enter the dating scene.

The real star of the movie is the script, written by Jon Favreau himself. The dialogue is clever, original, and drives the story forward.

Los Angeles itself plays an important role in the film and contributes to the undertones of social isolation and superficiality.

Don’t let the title fool you: this is one of the darkest comedies of the past three decades.

From director Todd Solondz, Happiness follows a family of three sisters and their parents, and the people who come into their lives over a period of weeks.

Each character goes through significant trials and tribulations, and they are shown no mercy by the world at large.

Just as a disclaimer, we will mention here that Happiness is not for the faint of heart. It includes implied pedophilia, aberrant sexual behavior, and portrayals of mental illness and mass shootings.

But the movie earns its place on this list by not shying away from many stark realities of contemporary America, and the seemingly bleak search for happiness itself.

Prior to 1999, horror movies tended to follow a very similar structure. When we think of classic horror movies, we most likely picture movies like The Exorcist, The Thing, or Dawn of the Dead.

All of these movies have their own merits. But as we neared the 21st century, the genre was becoming a little stale, to say the least.

The Blair Witch Project had a release preceded by intensive viral marketing, the first of its kind. Rumors circulated that the footage was genuine.

This movie singlehandedly started the craze of found footage horror movies. Ever since, Hollywood has seen a huge number of imitations, including the incredibly successful Paranormal Activity franchise.

Spike Jonez has had a varied career, from making skate videos to the Jackass movies to this, one of the strangest wide release movies in modern history.

The script came from notorious weirdo/genius Charlie Kaufman, and its one of his best.

Being John Malkovich tells the tale of office workers who find a secret portal that allows them to inhabit the mind of movie star John Malkovich.

This leads to an absolutely surreal plot that still wows audiences to this day with its originality, unnatural nature, and innocent energy.

Darren Aronofsky has become one of the most prominent names in arthouse thrillers and horror films.

His films Black Swan and Mother!have received funding from major studios and as such do not qualify for our list of the best independent films of all time.

But The Wrestler, released in 2009, is an independent production and may also be his best work thus far.

A middle-aged wrestler/showman struggles to make money and reconnect with his daughter.

It may sound like a comedy, but the movie plays out as a solemn drama. This unique story pulls on your heartstrings like you can’t even imagine.