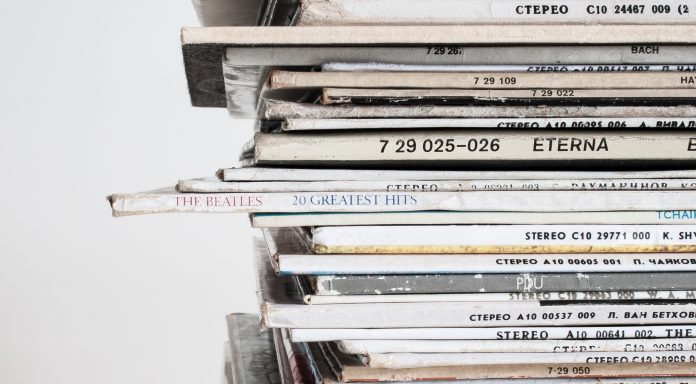 For decades now, rap has brought to mind images of some of the most famous names in the game: Biggie, Tupac, Kendrick, Snoop, etc.

These legends have helped to shape the direction of an entire genre, one that has a reputation for speaking truth to power.

But some of the most interesting and intelligent rap you’ll ever hear comes to us straight from the underground.

Here’s our list of the best underground rappers of all time. It’s bound to be contested by any number of readers, but we stand by these picks. Feel free to add your own in the comments section.

The rapper currently known as MF Doom starting his rap career at a very early age. He was just a teenager when he and his brother formed KMD, a short-lived project that took a fun and carefree approach to hip hop.

Back then, Doom was going by the name Zev Love X. KMD’s first album, Mr. Hood, integrated a language record from the 1950s into conversations about contemporary life and modern-day issues.

After Doom’s brother was killed by a car, Zev Love spent several years away from the music industry.

When he came back onto the scene, he had completely rebranded himself, as Doom, based on the villain from the classic Fantastic Four comic books and cartoon series.

His work also took a much darker turn. Doom embarked on a number of collaborations, including the classic album Madvillainy, which was the result of a collaboration with producer Madlib.

Typical Cats was a rap collective out of Chicago. The group was short-lived but they made a major impact across just a few album releases.

The track “Snake Oil” is one of the most intelligent and poetically beautiful songs about sex ever written. And all of this takes place over a gorgeous jazzy piano riff that just never lets up.

Overall, Typical Cats opened the door to a form of jazz rap that just hadn’t been seen before. It was fresh, thoughtful, hard-hitting, and wholly original.

The group didn’t have much staying power, however, and faded from view, even in the underground.

This LA-based rap collective was active mostly in the late 1980s and early 1990s. But their impact on the musical community has lasted well beyond the early era of hip hop.

Modern-day rap groups Clipping and Blu & Exile have cited Freestyle Fellowship as a major influence on their work.

Their 1993 album Innercity Griots gave each member of Freestyle Fellowship plenty of room to express their unique lyrical content and delivery styles.

The track “Heavyweights” in particular remains explosive to this day. The song takes on the novel structure of a rap battle combined with a heavyweight title boxing match.

There’s so much energy to the album that it almost catches on fire, mid-listen.

Milo doesn’t really fit into any single category all that well. Yes, he’s a rapper, and yes, he’s one of the best young rappers in the game right now.

But his talents extend well beyond the realm of music. Originally a philosophy major, Milo found himself naturally attracted to the world of music.

He moved away from his home in Wisconsin and blazed a unique trail for himself in the competitive world of hip hop.

Uncommon NASA was born in Staten Island, and his New York sensibility and approach to music is apparent throughout his work.

He doesn’t like to label himself as just one thing. Rapper? Yes. Poet? Also yes. Provider of social critique? Definitely.

And despite the fact that he’s been working for years now, it wasn’t until his 2017 album, Written at Night, that he started to be recognized for his uncanny ability to pull off many different things at once.

On this album, each song was meant to portray a different time in the middle of the night, each one about an hour apart.

Through wily production methods and clever sound effects layered into the background, the entire record does, in fact, feel like it was both written and recorded at night.

The songs, which feature the likes of Billy Woods and Open Mike Eagle, explore incredibly heavy-hitting topics such as depression, contemporary politics, and the anger that can result from just being alive in the modern world.

Uncommon NASA was one of the very first artists to accurately portray the frustration and anger of the age since 2016, when Americans had to start facing the fact that they don’t really know whether everything is going to be ok.

Busdriver started working way back in the 1990s, feeding off the energy of rap collectives like LA’s Freestyle Fellowship, who we explored earlier in this piece.

His early music definitely borrows a lot from what rap sounded like at the time, as it attempted to transition from G-rap to something a little fresher, a little more contemplative.

Then, in the early- to mid-2000s, Busdriver started to expand his musical repertoire.

He started to include more and more freestyling, even one track where he freestyles live into a fast food order box.

In 2014 and 2015, Busdriver released two incredible albums that had something pointed to say about modern culture, specifically with regards to issues of class and race: Perfect Hair and Thumbs.

Perfect Hair’s tracks revolve around an exploration of race, and specifically how hair has been voluntarily and involuntarily tied to race through the centuries.

Thumbs, meanwhile, tackled gentrification, the American educational system, and trying to live your best life in the face of adversity and prejudice.

In other words, Busdriver’s work has served as a reminder of how powerful rap and hip hop can be, and how powerful it has been in the past, speaking directly to those in need of inspiration and strength.