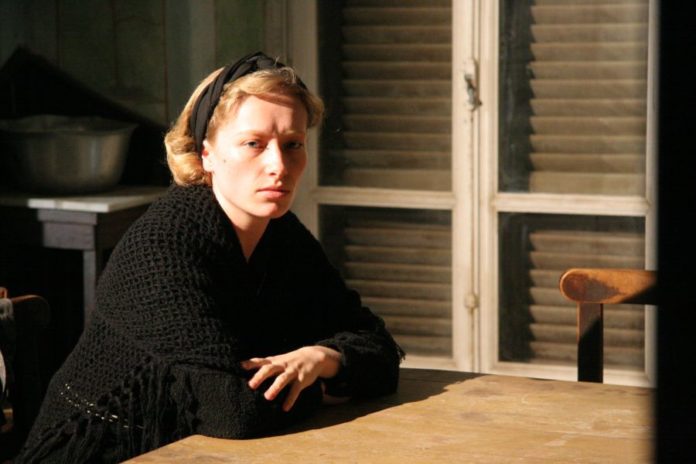 I’d like to think that I know LNGFRM readers pretty well by now, and from what I’ve gathered, you guys have pretty eclectic tastes, and in the past you’ve been pretty receptive to recommendations for material that lies a good ways off the well-beaten path. So chances are, you’re either already familiar with the B-movie community or you’re about to stumble upon an incredibly entertaining new pastime.

There are the famous B-movies that everyone knows, like “Sharknado” and “The Room,” but the well runs much deeper than that. This community is huge, and the gears never stop turning.

Hayley J. Williams has been a frontrunner in the industry for years now, pulling off a dramatic lead role in “The Shadow Within” as Marie Dumont (for which she won multiple awards) as well as landing major parts in Asylum productions (the production house responsible for “Sharknado” and many, many more), including “Triassic World,” released earlier this year.

Ms. Williams spoke with LNGFRM about her ascent to B-movie fame and her ultimate goal to keep movies exactly how they should be: fun.

Why do you think B-movies have grown in popularity and demand over the past few decades?

I love B-movies! The world has changed so much, especially in the last decade with the introduction of YouTube, streaming and social media – there are so many more platforms to make and show movies, that there is a need for more and more movies all the time. Of course we love the bigger budget movies, but then I think B Movies can often fulfill the need when people want to see more of the same thing – for example dinosaur movies, shark movies etc. Sure they are low budget and often not the most well written a d amazing special effects pieces, but they are so much fun to make and watch. To me there is a glory to them. Movies are all about escapism, and there is a certain freedom to B-movies because there are less constraints from the big studios to get everything perfect. They are a great way for aspiring filmmakers, actors and crew to learn their craft, and because they cost a lot less to make you have much less time to make them so you really have to be on top of your game. There is a misconception that the people behind these movies don’t care about how they look and that just isn’t true at all! There is a certain art to it.

Can you tell us a little bit about the character you played in Triassic World?

I play ‘Dr. Marisa Martinelli’ who is the chief geneticist at Triassic Labs. Marisa has dedicated her whole life to realizing the dream of being the first to transplant organs from dinosaurs that she has specifically created, into human beings. She has her eye on the prize and she is ruthless enough to make sure that nothing can stop her realizing her life’s work, no matter what the cost. She is extremely driven towards her goal, yet I like to think that there is a heart in there and that she truly believes that what she is doing is for the greater good.

Now that Triassic World has been released, have you seen/received any audience feedback either in person or on social media? Did you ever watch the full movie?

Yes I watched the movie at home with a few friends on it’s release date, which was hilarious as we were all so excited – we had a running commentary on the film throughout. Then I went to the official screening which The Asylum held for us and watched it on the big screen which was awesome – I mean who doesn’t want to see dinosaurs on the big screen! I thought it was a really good movie overall and I’m very proud to have been a part of it. The people I got to work with, both cast & crew were such a lovely bunch that it was a pretty fun set!

We’ve had a varied response to the film but mostly very positive – people love the dinosaurs and and I’ve had lots of conversations on social media about it already! Lots of people want a sequel.

Over the course of your career which roles have been the most challenging, or have expanded your acting repertoire the most?

One stuck with me. I did a play soon after I left drama school which toured the UK called ‘Too Much Punch For Judy,’ playing Judy. I remember seeing the play when I was 15 and it made me want to be an actor because it was so powerful, so when I got the part I was overjoyed! It is a play based on a true story about a woman who’s sister is killed in a car accident while she is drunk at the wheel – and so all the characters words are verbatim to what they said in real life. It’s a very physical & emotional play and so when we were rehearsing the director really pushed me hard to get it right as I was portraying a real person. I had to go to really deep depths of emotion and grief twice a day for three months, which was emotionally and physically exhausting but so fulfilling too – it was pretty crazy. There’s no hiding in live theatre. I did the play three times and then directed it too, so it was a great time in my career and I learnt so much about my capabilities both as an actress and as a director.

What traits or specific skills distinguish a talented actress/actor like yourself from the more, average?

Haha well a ‘good’ actor or actress is very subjective – some may love you and some may not, it’s just the way it goes. I think that a great work ethic is very important and will get you re-hired. I try to respect and give time to every single person working on the film because it is always a complete team effort. Tenacity is important too – the ability to stay in the game and deal with rejection, because there is a lot of it in this business, but it makes it totally worth it when you do get the part!!

You stated before the interview that you have toured the UK in theater productions. Which venues or performances from the UK stand out as being the most memorable?

Definitely ‘Edinburgh Fringe Festival’ that takes place every August! I have done three productions there over the years and each one still stand out as one of the best experiences of my life. Just to be surrounded by so much art – theatre, comedy, a tv festival, a book festival… all at the same time is wondrous!! The last play I did there was the world premiere of ‘The Coma’ by Alex Garland at the Pleasance Theatre – which is one of the most popular venues so it felt like a career highlight even at the time. I met so many great people and watched so many cool plays and shows, plus Edinburgh itself is a magical city – it’s hard not to be inspired when you’re in a place like that!

How did it feel to have your hard work acknowledged at the B Movie Film Festival in NY? Were you expecting to win Best Actress?

Of course it is very nice to be honored in that way, I don’t think you ever really expect it. I just always hope after every job that I have done a good enough job portraying the character and giving people someone they can relate to or enjoy watching in some way. I’m not a huge fan of competitions because there are so many talented actors and actresses out there that I go up against every day in auditions – so just booking a role is for me a huge win haha!

Why do you think ‘The Shadow Within’ struck a chord among audiences and critics? How did you prepare in the days/weeks leading up to your role as Marie Dumont?

‘The Shadow Within’ was one of my favorites. This was a very special movie to me because it was my first big role and in a genre that I love – as I am a huge horror film geek. I think people liked how spooky it was and that you really felt transported to the era, so it felt like a classic.