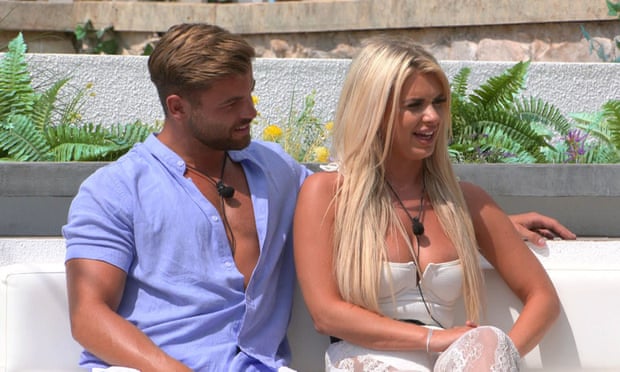 Reality TV competitors are sometimes accused of lacking self-awareness, although the contrary is typically true. Most of them are outlandish, provocative, and at times humiliating since they know it’s what will get them cast.

It’s a problem that plagues the genre; cast members often act as pseudo-producers, providing the audience the manufactured drama they believe it needs. Ironically, this is the polar opposite of what many viewers desire: honesty.

Insiders, Netflix’s first Spanish original reality program, attempts to address this issue straight on, and will likely garner a worldwide audience thanks to the popularity of the streamer’s foreign-language productions. Another lure for international viewers is Money Heist actress Najwa Nimri, who hosts Insiders.

Insiders provides a brilliant answer to reality viewers who are tired of fakery and participants who play to the cameras. Its 12 competitors were encouraged to assume they were applying for a Big Brother-style program, but the show really started when they arrived on set.

Participants assume they are only being recorded in certain areas, however their living quarters include 250 concealed microphones and 70 covert cameras.

They run against the typical producer interference and mind tricks along the road, including a chart that measures them against the “ideal reality show contestant” as defined by the program (decided, of course, by bogus software). Furthermore, the makers of “good cop, bad cop” are hired actors.

In all honesty, it does get confused; the actual producers’ and “the producers'” devotion to preserving the illusion means there are a few perplexing subplots. It’s unclear precisely what the cast is expected to accomplish to win (there’s €100,000 on the line, but it’s unclear if this is a popularity contest or a game in which the first to realize wins).

Nonetheless, it’s an intriguing notion, especially when we watch the performers discussing the program and their actions on it. The added distance prompts discussions about how they plan to “play the game” and how they really feel about their fellow competitors.

When they converse off camera, you can see them calculating the worth of tension and various relationships, judging what producers and, ultimately, viewers, feel makes for intriguing watching. They are fully aware of the importance of spectacles, and debates are also high on their agenda.

Insiders may have worked as a serious documentary on how inorganic such competitions have become in many aspects.

While fans have long known that candidates are prone to acting, this episode shows the transition from normal to merely acting in real time. When Liberty Poole confronted Jake Cornish about his contrived behavior in front of the cameras on this year’s Love Island, she violated an unwritten taboo of reality television by addressing it.

“So here’s a little TV knowledge for you… Former Islander Sam Gowland said on Twitter that Cornish “must have been playing up to the camera for some time” for the program to screen the moments, adding that “when filming you’re strictly not aloud to talk about ‘being on camera’ or anything related to being on TV.”

Insiders is nearly too focused with the format’s “gotcha” aspect to accomplish anything genuinely innovative with it. This demonstrates how much creativity is required in the genre.

As fans, we’re all too aware of how self-conscious the participants are, and we’d do everything to go back to the anthropological, Attenborough-style reality TV era of seeing a bunch of nobodies in the Big Brother house.

I expect to see more programs seeking to find primed, groomed cast members who are either currently influencers or want to be influencers, and who grew up watching reality TV. To hide the fundamental celibacy storyline of Too Hot Too Handle’s second season, participants were informed they were going on a fictional show called Parties in Paradise.

The singles expected to go on a hedonistic vacation, but instead had to forego sex in order to earn $100,000. While the hoax worked well — the cast was completely unaware, and the show was a smash with the audience – it is plainly impossible to maintain such a deception.

Will Insiders be able to fool competitors again if there is a second season or a remake in the United States? In season two, we could witness cast members faking it for two sets of cameras.

Thanks to Yomi Adegoke at The Guardian whose reporting provided the original basis for this story.