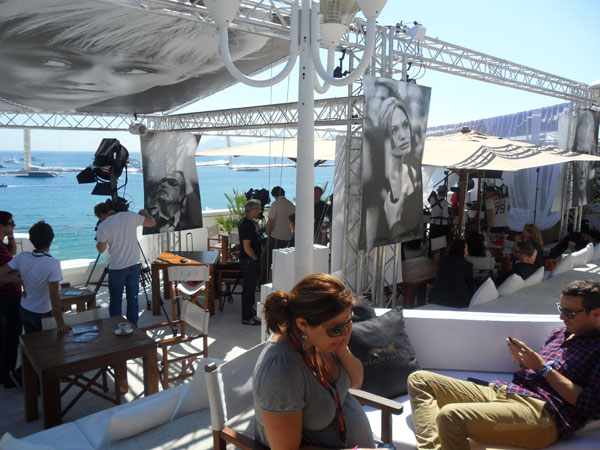 These days, plenty of French films make it into the US market, and a lot of the biggest films out of Hollywood are released in France as well. It’s a healthy cultural exchange, and there are even instances where the influence between the two countries can be seen in specific movies and TV shows.

Caroline Maréchal is an expert when it comes to American movies and shows and the French market. It’s her job to execute publicity events for various major shows and movies from some of the biggest studios around.

This is a special skill that’s highly sought after in the entertainment industry, and Maréchal clearly loves her work, especially as it allows her to indulge in her love of filmmaking.

We interviewed Maréchal about all this and more. Check it out below.

Can you give our readers a quick overview of what your work looks like from day to day? What inspired you to get involved in film and television publicity? Did you grow up with a love for films?

Maréchal: I live and breathe entertainment. The film and television industry attracts creative and passionate people. I’ve loved film since before I can remember, and during my career path I’ve had the honor of working for such great studios as Warner Bros., HBO, Universal, DreamWorks, and StudioCanal, on successful titles like Dunkirk, The Artist, Game of Thrones, The Lego Movie, A Star is Born, Harry Potter, Friends, The Joker, Shrek, E.T., Jurassic Park, the list is endless!

Honestly, it’s an amazing feeling and I love my job. When I was a teenager, I used to go to my local theater three or four times a month. I love watching movies and I think I always have.

What’s one of the most important considerations when trying to promote a film in France?

Maréchal: You need to be very communicative, creative, and build very good relationships with journalists, talent, and filmmakers who can share your message. You need to see the big pictures while managing the details and adapt global strategy to your territory and local culture. I love working as a team and sharing the success after hard work and overcoming challenges.

Do you think that media tastes and preferences have started to become more similar between the US and France, or will these preferences always be quite different?

Maréchal: Yes, I think so. In France, we do love movies about sensitive subject matter, but we also enjoy blockbusters and superhero movies. It’s part of our culture.

What are some of the lessons you’ve learned from your work in publicity?

Maréchal: Having fun is the most important, and you need to have confidence in everything you do. For me, the key is to be reliable in any circumstances, because it’s something that people remember. Does your work require you to constantly be watching new shows and movies?

Maréchal: It’s not required, but I am a cinephile, and I love watching movies and shows. My passion for entertainment is partly how I landed my current position.

Are you currently working on any promotional campaigns that you’d like to mention here?

Maréchal: I am currently working on the first film of a talented French director. The film will be released in France by the end of this year, and then we’ll be promoting the film at some US film festivals as well.

This article was originally published on May 25th, 2022 by Mike Malone. It may be periodically updated to reflect corrections and updates.