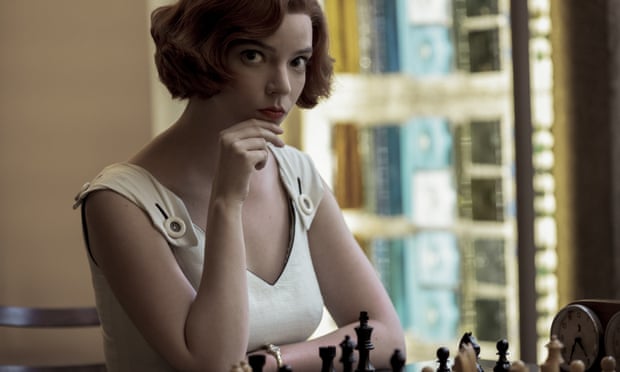 Nona Gaprindashvili, a female Soviet chess champion, is suing Netflix for $5 million over a phrase in the popular series The Queen’s Gambit that stated she “never played men,” calling the allegation “grossly sexist and belittling.”

The complaint, filed in federal district court in Los Angeles on Thursday, seeks to correct the record in the fictitious story of Beth Harmon, portrayed by Anya Taylor-Joy, who goes to Moscow to compete in a series of chess matches against Soviet champions.

Harmon is depicted as a complicated guy who battles with addiction. Her Soviet opponents, though, are more two-dimensional, including one largely modeled on champion Boris Spassky.

“Elizabeth Harmon is not at all an important player by their standards,” a character says in the series finale. Her sex is the only thing that stands out about her.

Even in Russia, this isn’t unusual. Nona Gaprindashvili exists, but she is the female world champion who has never fought a man.”

Gaprindashvili, who currently resides in Tbilisi, Georgia, is 80 years old and has faced men. Several dozens, in fact. By the time the television series was set in 1968, she had played 59 men, including 28 in one simultaneous encounter, as well as 10 grandmasters, according to the complaint.

In an interview with the New York Times, Gaprindashvili stated, “They were trying to do this fictional character who was blazing the trail for other women, when in reality I had already blazed the trail and inspired generations.”

The damages are being sought for a “devastating falsehood, undermining and degrading her accomplishments before an audience of many millions,” according to the lawsuit.

The suit also said that she was represented as Russian in the film, despite the fact that she is Georgian and was born in Zugdidi, Georgia.

Gaprindashvili started playing chess in her teens and, at the age of 21, won the first of her five women’s world chess championships. She won the nearly all male Hastings Challengers tournament in 1963-64, and in the following year’s main event, she beat all of the British masters.

In 1978, she became the first woman to be named an international grandmaster by FIDE.

She told the New York Times, “This is my entire life that has been crossed out, as if it isn’t important.”

Netflix stated in a statement to the newspaper that it “has nothing but the utmost respect for Ms Gaprindashvili and her illustrious career,” but that it “believes this claim has no merit and will vigorously defend the case.”

The Netflix series is based on Walter Tevis’s 1983 book of the same name. Netflix claimed it was a breakthrough success, with more than 62 million households tuning in within a month of its debut.

According to the streaming service, this made it “our biggest limited scripted series ever.”

Thanks to Andrew Roth at The Guardian whose reporting provided the original basis for this story.