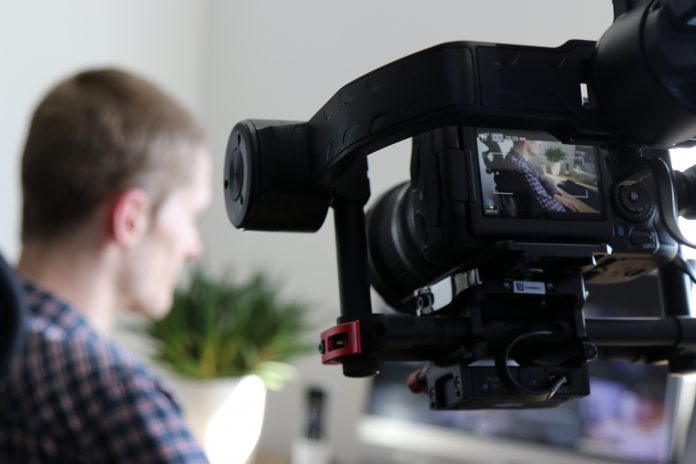 How to Become a Filmmaker Without Losing Your Soul

It’s not easy to get started in the film industry. In fact, it can prove to be very difficult, especially if you don’t happen to already know a bunch of people working in the field.

In fact, there are plenty of filmmakers who didn’t even get their start until later on in life, when they were finally given the opportunity to direct some low-budget project. Only then are their skills made clear.

But Topaz Peretz followed a different path, one that involves doing as much work as humanly possible while also exploring many different aspects of filmmaking.

She has directed shorts (Tainted), music videos (Brotsjor), and commercials (Hanging Gardens of Bali), as well as serving as a producer and screenwriter for multiple projects. You just don’t see that kind of broad experience a whole lot these days.

Peretz’s work tends to focus on real-world issues and ways to potentially find solutions to those issues.

While plenty of media does its best to skirt around difficult topics, these shorts do just the opposite, drawing attention to the problems that need solving in contemporary society.

Luckily for us, Peretz made the time to come and speak with us about her artistic vision and her thoughts on the general direction of the film industry today.

Is it possible to sell out, and what would that mean to you?

Peretz: The definition of selling out is based on each person’s perspective. For myself, it’s the act of disregarding art in order to make more money. Money should aid in the creation of art, not the other way around.

What are your thoughts on digital versus film?

Peretz: Digital is definitely the most economical. It’s debatably easier and saves both time and money. There’s no doubt that digital is continuously improved upon, and the pixel count is astounding. However, using film just feels so enthralling. There’s an authenticity to it, a nostalgia that feels poetic to use. It’s what all the greats have used, and of course, the entire industry is named after it.

When I got started there were two kinds of screens: the movie screen and the television screen. Now, there are also computers, tablets, and phones. Screens are everywhere, in the home, the bus stop, the elevator, the taxi cab. As a creator, how does this affect the stories you tell and how you tell them?

Peretz: I think it’s wonderful that there are so many new mediums. When it comes to producing, I don’t mind which medium I work with. However, when it comes to writing, that’s solely for narrative film. When directing, I like to call myself a Film Director, just to make it clear what type of medium I work in.

However, I am always open to new ventures, I just know that movies are my sole passion, the one thing that makes my brain quake with excitement.

I am a big believer in the importance of social media in many aspects of the film process. Are you on social media and do you use it in your work? Why or why not?

Peretz: Yes, I am, but I use it more for my personal life. I think it’s a talent in itself to completely
understand and be able to use social media as a marketing platform. It’s a whole industry in
itself, and one I am not fluent in. I guess I’ll leave that to my PR team. They’re the experts!

What are some personal attributes that make for a good filmmaker, and what do you do to foster them?

Peretz: The first is patience. How long did it take you to create your project? Can’t you allow that same amount of time for someone else to fall in love with it, just as you did?

Perseverance is next. When it’s your project, only you can push it forward. So push it.

When assembling a crew for a shoot, what are some of the core qualities you look for in each person?

Peretz: Strong work ethic is the basis. Honesty, integrity, and genuine care for their job is the icing on the cake.

The biggest mistake is hiring someone who doesn’t truly enjoy their job. The smallest bit of
negativity on set can change the entire atmosphere. It’s important that there’s trust between you and those you work with. And if you want them to respect you, you must reach out and offer respect first.

You’ve worked in many different aspects of filmmaking. Which aspect were you attracted to first?

Peretz: I’ve played a part in every aspect of filmmaking, from being a PA, to a gaffer, to a Scripty, all the way to my honed profession. I love writing and producing, but nothing will take away my pure passion for directing.

Is it harder to get started or to keep going when it comes to working on a project?

Peretz: It truly depends on the situation. Occasionally, it’s one and the same. It’s all about
perseverance & passion, why else would you break your back for a story?