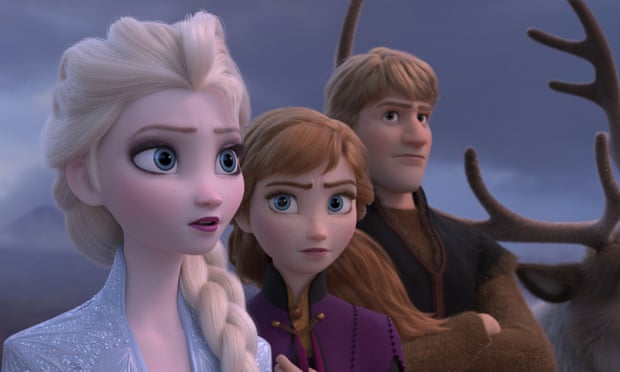 After Walt Disney announced that it was creating a virtual world for lovers of its characters, Mickey Mouse and Princess Elsa are on their way to the metaverse.

The concept of the metaverse – a blending of the physical and digital worlds where people can interact virtually – is becoming a multibillion-dollar fixation for Silicon Valley executives, with Mark Zuckerberg’s social media empire and Microsoft among the tech firms that have embraced it.

And now Hollywood is taking notice, according to Disney CEO Bob Chapek, who said on Wednesday that the corporation was planning to enter the virtual reality market.

“The Walt Disney Company has a long track record as an early adopter in the use of technology to enhance the entertainment experience,” Chapek said, referring to Disney’s history of narrative innovation, which includes the Steamboat Willie animation with synchronized sound.

“Our efforts to date are merely a prologue to a time when we’ll be able to connect the physical and digital worlds even closer, allowing for storytelling without boundaries in our own Disney metaverse,” he said during the company’s quarterly corporate results call.

On the results call, Chapek revealed no precise specifics about Disney’s ambitions, in line with a notion that is still in its early phases throughout the tech sector. However, in a subsequent interview with CNBC on Wednesday, Chapek stated that the company’s Disney+ streaming service would be involved.

In the interview, Chapek described it as a “three-dimensional canvas” for new sorts of narrative, which he sees as an extension of Disney+.

Disney+, which has 118 million users compared to Netflix’s 214 million, has already released a number of blockbuster brand spin-offs, like The Mandalorian, a Star Wars adventure, and Wandavision, an Avengers series. However, experts had predicted that Disney+ would hit 125 million users in its recent earnings, thus the subscriber number fell short of expectations.

Netflix has also seen a decrease in membership growth as the lifting of lockdown restrictions rekindles interest in out-of-home entertainment – and drives management to think of new strategies to increase sign-ups.

Tilak Mandadi, Disney’s former senior vice president of digital, posted a LinkedIn article in 2020 about developing a theme park metaverse, in which the “physical and digital worlds converge” through wearable gadgets and mobile phones. The metaverse idea also incorporates augmented reality, in which digital aspects are put on top of reality, such as the Pokémon Go game for mobile phones or Facebook’s recent smart eyewear collaboration with Ray-Ban.

Some of Disney’s digital endeavors, on the other hand, have faltered. Club Penguin, the company’s online children’s social network, was shut down in 2017 after a decade of operation.

The value of its $563 million (£420 million) acquisition of Playdom in 2010, which marked the company’s entry into social gaming, was written down. Maker Studios, a YouTube network that Disney purchased for $500 million in 2014, has also suffered.

Other places in the Metaverse

The creator of Facebook, Mark Zuckerberg, has been the most vocal proponent of the metaverse. His concept of the metaverse, which he presented last month while announcing the renaming of Facebook’s corporate name to Meta, is of avatars – digital representations of individuals – interacting in the virtual environment by wearing VR headsets (Meta owns the Oculus VR headset business).

His executives, such as PR head Nick Clegg and product boss Chris Cox, now have weekly team meetings in the metaverse using the company’s Horizon Workrooms platform. However, the corporation has said that a fully functional virtual world, in which friends may gather to try on clothing or attend pop concerts, is at least a decade away.

Microsoft’s Teams program, which includes video conferencing, is launching a metaverse for office employees. Teams users will be able to appear as avatars in online meetings starting in the first half of next year, with the option to appear as a cartoon in their portion of the screen.

Once a month, 250 million individuals utilize Teams, giving Microsoft a significant influence over the corporate metaverse.

Roblox and Epic Games, the creators of Fortnite, are both working on their own metaverses, which Zuckerberg envisions as a collection of interconnected virtual worlds with people’s own avatars travelling between them.

Thanks to Dan Milmo at The Guardian whose reporting provided the original basis for this story.