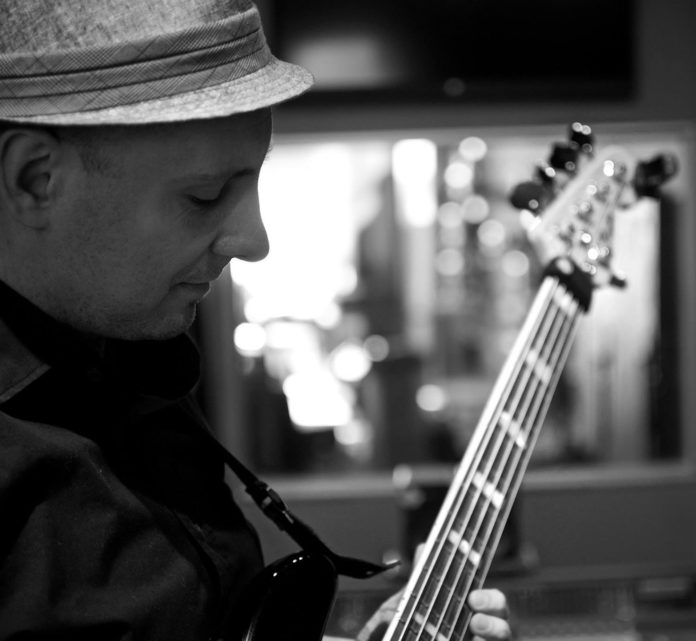 Alright, I’ll level with you: LNGFRM has had a long and amorphous relationship with jazz. We’ve published articles on the difficulty of getting immersed in that world, learning to love what we don’t fully understand. And we stand by every bit of it. We almost never used to listen to Gary, our editor down the hall who has loved jazz like a spouse since he was a kid. We pretended to check out his recommendations, saying things like, ‘Yeah, that Miles Davis clip was really cool. What a legend.’ We did not watch the Miles Davis clip. Sorry, Gary. It took time for LNGFRM to get into jazz.

But our work takes us all over, to tiny, cave-like venues in Boston’s South End, to big glass-walled bars that look like they belong in airports, to BBQ restaurants that have live music every Tuesday and Thursday, along with $5 cocktails that’ll send you to space. And we’ve gotten to interview some insanely talented (and exceedingly kind) musicians who have brought us copies of their favorite Coltrane records, which we then pop onto the shared office turntable, the plastic cover of which Larissa still won’t admit she cracked back in June during an impromptu game of Nerf ball H-O-R-S-E. Or they sit us down and make sure we watch the whole Miles Davis clip, or Sun Ra clip, or Flying Lotus music video.

And if we were previously teetering on the edge of finding room in our hearts for jazz, then we could just as well say that Giovanni Giusti pushed us over the edge, in the best possible way.

So just who is this magic man? Born in Italy, Giusti found himself at a musical crossroads from an early age. In his house, they weren’t just listening to pop tracks or old standards. Dad was a musician himself, and he shared his top-tier musical taste with the family.

“My father was a jazz drummer, a founder of Quartetto Di Lucca, one of the first jazz bands in Italy, and thanks to this I grew up surrounded by jazz music. Even though my father had to step away from a professional music career because of health issues, he found other ways to stay involved in the local jazz scene. This fueled my urge to learn bass and start playing music.”

But Dad wasn’t the only source of those high-quality recommendations. Giusti remembers the other friends who turned him onto some of the bigger names out there in jazzland, which ultimately was one of his favorite ways to find new music, not as in brand new releases but rather just music that was bringing something new to the table.

“When I was a kid, I started listening to mostly electric jazz-fusion. I was introduced to it by an older friend and bass player who played me some of Chick Corea’s Elektric Band, Weather Report, and the late jazz-funk Miles Davis. Then one day my dad brought me to one of the last Miles Davis concerts. That concert was a blast and eventually opened up my curiosity on all of Miles’ music and legacy jazz music in general.”

Like just about everything else, jazz has a habit of changing, and the kind of “legacy jazz” Giusti just mentioned is really only the tip of the iceberg. Those tend to be the names we recognize, but they’re hardly the whole picture.

Contemporary jazz, in all of its many forms, is a different animal altogether. Nowadays it’s more of a utilitarian genre. We see it used in bits and pieces all the time. One of the best examples would be good ol’ Kendrick. Kendrick and jazz go back way further than ‘To Pimp a Butterfly.’ He’s been hiring top-tier jazz musicians since the start. Yes, it’s overwhelmingly hip hop, but it’s also overwhelmingly jazz.

And that’s where I started to broaden my definition of what jazz can be.

Some seem to think that jazz has this inherent clash with the age of digital music, that somehow jazz is incapable of adapting to include modern sounds,  instruments, and recording methods. Well, Giusti has a very different view of the situation.

“Apart from bebop and acoustic jazz in general, I believe that the survival of jazz is about converging and blending with today’s technology. Today there are many interesting artists who can blend jazz harmonies and improvisation with electronic music, R&B, and hip hop, and that’s what I’ve been focusing on in my instrumental music as well.”

But it goes well beyond just those surface-level sounds; it’s about the skills behind the music as well. Jazz musicians need to learn how to survive too, and not get wrapped up in the old ways. Giusti gave us a better picture of the nuts and bolts of what any contemporary musician, including jazz artists, need to have nowadays.

And a lot of that has to do with adapting to contemporary methods. An over-evolved sense of nostalgia can prevent anyone, not just artists, from interacting with the world as it is today. And when you lose that connection, your expressions are immediately out of date.

“Technology today allows you to record, produce, and mix your music directly from your home or on a laptop with decent quality and using relatively little money. And with internet streaming and social media, working as a session musician, and the entire music industry as we know it, are going to fade out more and more.”

However, the thrill of live music is still there, for performer and audience member alike. And when it comes to jazz, we’re talking about a very specific openness to improvisation and letting the show go wherever it will.

Before Giusti had to step out, we tapped him for some info on what listening he would recommend for anyone like us who needs some guidance on where the good jazz lives.

“For people who are more inclined towards legacy, acoustic music, I would suggest checking out the masters, like [Charlie] Parker, Miles [Davis], Bill Evans, the Oscar Peterson trio, etc. For anyone interested more in groove-heavy music, then I would go for more modern or electric artists like Chick Corea and Pat Metheny, all the way up to contemporary groups like the Robert Glasper Experiment, Snarky Puppy, and Kneebody. But really the most important part is to dig in and find out what you like, over time.”

Giovanni Giusti is an ambassador. While speaking with him, the overwhelming feeling is that he will always put the music first. He’s less concerned with his long list of accomplishments than finding points of connection, cities we’ve both visited, music we both love. It’s this undeniably hopeful feature to find in a person in 2018.

We’re giving you a window here, a chance to open your life up to a new ingredient. Look, we even made a living Spotify playlist, which we’ll continue to update as we get more great recs. Take a chance on some jazz, become a more sophisticated version of [insert your name here].

Giusti left a record with us, Chick Corea’s ‘Inner Space.’ To say that this thing has mind-expanding properties is only a little hyperbolic. It’s one of those wonderful pieces of art that takes your own personal history and stirs it into the pot, making something new each time.

So I’ll just say a quick thanks to Giovanni Giusti and get out of your hair.