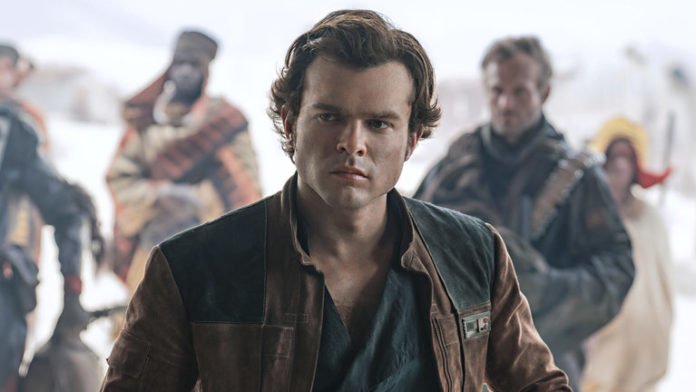 There was so much bad news ahead of the recent Solo release that it was shaping up to be a prophecy. The production had to hire special acting coaches for the leads, the operation went over-budget early on, and its fun-loving, young-Hollywood directors Phil Lord and Chris Miller were fired only part way through the project. Surely, this installment of the Star Wars universe would be a Coruscant mid-air collision.

And now that the cosmic dust has settled, we can see that it both was and wasn’t at the same time. I know, it’s not a very satisfying outcome.

Ignoring reviews and the Rotten Tomatoes score, I can say that I actually liked Solo: A Star Wars Story. It’s reasonably fun, introduces some mildly interesting characters, and reminds audiences of the charm that the Han Solo character has been bringing to the screen since first appearing in the original saga. Is it visually depressing? Absolutely. Would the Lord/Miller cut of the film have been significantly more enjoyable? Almost undoubtedly. But the milk has already been spilled, as it were, and in the end the puddle looked more or less like a decent Star Wars movie.

But the fact remains that the movie completely bombed. It took $84 million opening weekend. To put that in perspective, between the film budget and estimated marketing costs, Solo cost Disney around $400 to make, promote, and release. The worldwide take is currently $264 million, but we’re still talking about losses on a pretty massive scale.

Based on my limited knowledge of the entertainment industry as a whole, I’ll go ahead and say that it has a lot to do with the bad omens, sure, but also very much to do with the harsh reality that Star Wars as a franchise is aging, and aging poorly. We’re more than 40 years from the original release, and while the original trilogy still holds its own fairly well in the eyes of fans and critics, the subsequent installments have been a mixed bag, at best. And with releases scheduled so frequently under the helm of Disney ownership, putting out a movie that’s just ok is less and less acceptable.

In a world of online streaming, there is no blockbuster season, or even a traditional TV season anymore. New content can come out at anytime. Big movies don’t have to come out in summer. They don’t even have to be released in theaters at all to make a huge splash. People are finding it harder to stay loyal to a particular brand for years on end, especially when a series falters almost 50% of the time.

But as the Star Wars taught us, there’s always hope. And with a constantly rotating slew of directors and creatives, anything could happen. Heck, maybe at some point one of these movies will finally be directed by someone other than a white guy.