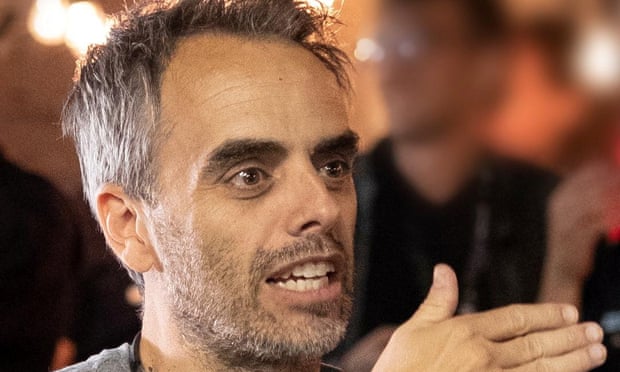 According to the film’s director, Alec Baldwin was practicing a scenario in which he was aiming a revolver “towards the camera lens” when it unintentionally went off, killing his director of photography.

Joel Souza, the director, described hearing “what sounded like a whip and then a loud pop.” Halyna Hutchins, the cinematographer, was seen clutching her belly and stumbling backwards, according to him. Souza became aware that he was bleeding from his right shoulder.

At the moment, the cameras were not rolling. Baldwin was practicing a scenario in which he would “cross-draw” a pistol from its holster while sitting on a wooden church pew on the set. Hutchins and Souza were making sure the camera angle was correct.

Souza told investigators that Baldwin was confident he was holding a “cold gun” just before the tragedy. Hannah Gutierrez-Reed, the film’s armourer, examined prop weapons, and assistant director Dave Halls rechecked them before handing them to the actors, according to Souza. According to authorities, Halls was the one who handed the pistol to Baldwin.

Five crew workers walked away last Thursday only hours before the deadly shooting at Bonanza Creek Ranch in New Mexico, according to affidavits unsealed on Sunday night. They were dissatisfied with their salaries and working conditions.

It was revealed over the weekend that Halls was the subject of an internal complaint on a prior film. In 2019, Maggie Goll, a prop maker and licensed pyrotechnician, stated she voiced concerns with the executive producers of Hulu’s Into the Dark TV series regarding Hall’s behavior on production. He has yet to make a statement.

During a vigil organized in her honor in Albuquerque, New Mexico, on Saturday, candles are put around a portrait of cinematographer Halyna Hutchins.

“This is not a Dave Halls scenario… “It’s not one person’s fault,” Goll said, adding that there were more pressing concerns regarding the crew’s safety that needed to be addressed. “It’s part of a larger conversation about set safety and what we’re trying to accomplish with that culture,” she continued.

It’s still unknown why Baldwin’s rifle had a live bullet after five days. According to the Hollywood website TMZ, staff workers were utilizing the firearm for recreational shooting during breaks, citing anonymous sources. It was also claimed that live and blank ammo were being housed in the same location.

The Santa Fe County Sheriff’s Office has yet to respond to the claims. It has seized all pertinent evidence, including the gun, camera memory cards, and bone pieces, as well as gathering testimonies from cast and crew as part of its inquiry.

The camera operator, Reid Russell, said in an affidavit that Baldwin was not to fault for the event. He characterized the actor as cautious, and claimed Baldwin had previously ensured that a kid actor was not near him when a pistol was fired.

Russell said that the crew walkout left him with more work to do since he only had one camera to film with. He said that it had to be relocated since the light had altered and a shadow had appeared. He went outside for five minutes and said he didn’t know whether the rifle was examined before it got to Baldwin.

Russell told police that he “remembered Joel having blood on his person” after the rifle went off. “Ms Hutchins [was] speaking and saying she couldn’t feel her legs,” he continued.

Hutchins was declared dead at the University of New Mexico hospital after being taken there by helicopter. Souza was taken by ambulance to Christus St Vincent regional medical center for treatment.

On Friday afternoon, a detective, Joel Cano, interrogated Souza. According to the New York Times, Souza instructed Cano that “there should never be live rounds whatsoever, near or around the scene.” According to the statement, Souza also said that “everyone was getting along” and that “no altercations” had occurred.

In an impassioned Facebook post on Sunday, the film’s main electrician, Serge Svetnoy, blamed producers for Hutchins’ death. Svetnoy claimed he’d worked with Hutchins on a number of projects and blamed “negligence and unprofessionalism” among those in charge of weaponry on set. According to him, the filmmakers employed an amateur armorer.

On Sunday, a memorial for Hutchins was held in southern California. Speakers asked for stricter safety standards, and attendees shared sad embraces.

Baldwin, who is best known for his appearances in 30 Rock and The Hunt for Red October, as well as his Saturday Night Live portrayal of Donald Trump, has characterized the death as a “tragic accident.” He claimed on Friday that he had “no words” to describe his amazement and grief.

Thanks to Luke Harding at The Guardian whose reporting provided the original basis for this story.