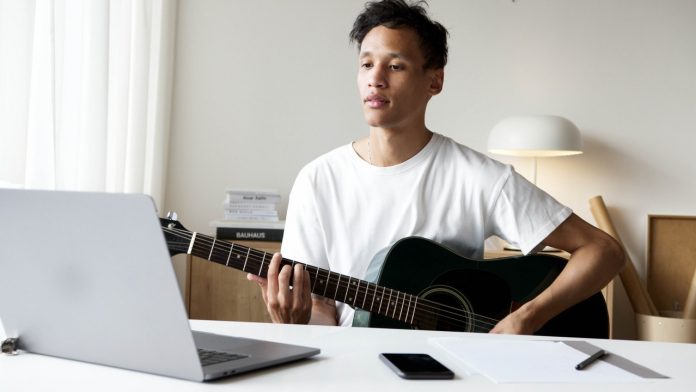 If you’re an independent artist, then you already know how hard it can be to stay excited about your career while sometimes struggling to make music your actual career instead of just a hobby.

There’s a lot of competition out there these days, and artists need to take risks to get noticed by audiences and/or labels.

But for some, even when that attention comes, they don’t want to sign to a label. Instead, they aspire to remain independent forever, serving as the masters of their own destinies.

Sure, you won’t get promotional support or booking deals based on long-time label relationships, but you also won’t have anyone telling you what to make or how quickly you need to make it.

This article is for those who have already decided to stay independent. We’re going to talk about how to be a successful independent music artist in today’s music business, along with some insights from an indie pro.

So turn on some dramatic background music and let’s get started.

You need social media. Sorry. There’s a lot to be said against social media in a broader sense, but as for musicians trying to make a name for themselves and grow their audience, social media is a gift.

Try to think of any recording artist at all, at any level. Chances are good they already have a social media presence of some kind, even if only to give fans updates about upcoming releases.

In some of the best-case scenarios, small-time musicians have actually earned label deals through social media clips, especially on TikTok.

Attracting attention is the name of the game here. Even if you do end up getting some labels nipping at your heels, you don’t have to take the offers, and you can take their messages as proof that you’re starting to have an impact.

So what should your social media presence look like? Well, it should fit the tone and overall vibe of your artist persona.

Maybe you’ll want to post clips from exciting live shows or maybe some simple behind-the-scenes videos of you working on your next project.

In addition to posts, you can also use social media to interact with fans and others who might be thinking about becoming fans.

Social media can offer so much value that you really can’t afford to ignore it.

Play live shows whenever you can

At the time of writing, live concerts are still a bit hard to manage, especially if you don’t already have a big audience.

But when you do see an opportunity to put on your own show or participate in someone else’s show, you should take it.

Especially when you’re starting out, gigs don’t pay very much at all, but the major benefit is getting your name out there and showing people what you and your music are about. While an album can do a lot on its own, a live stage show gives you so many chances to achieve a specific vibe, and you can even talk to the audience to give a better sense of who you are.

You don’t need pyrotechnics and smoke machines to put on a great show, either. Just pick out a great setlist, maybe one with some covers, and stay passionate.

Shows also give you the chance to meet up with other artists working on the same level. Who knows? Maybe you’ll even become friends and decide to tour together one day.

Now we get to enjoy some advice from the successful independent artist, producer, and composer Lio Mori, who has made music in almost any genre you can think of, from folk and classical to sludge and grindcore.

He continues to create both solo projects and collaborations with artists from all over the world.

On top of being an inspiring artist who follows his instincts, Mori has also expanded into music releasing via decentralized blockchain-based platforms, in addition to more traditional streaming channels.

Mori says that one of the best parts of being an independent artist is keeping a sense of flexibility.

“Flexibility is the main reason I keep it independent. I want to be able to do anything that comes to my mind at any time. Flexibility is essential for me as an artist.”

It’s really important to know what kind of artist you are. Do you work better within constraints, or do you find yourself restricted by someone else telling you what to do?

If you fall into the latter category, staying independent might be the best choice for you.

When we asked Mori why he has explored so many different genres and styles, he talked about how his understanding of music revealed commonalities that fit in well with his eclectic approach.

“I learned that the building blocks of music are almost the same for every genre. It’s just a matter of intensity and orchestration. In fact, my last EP ‘The Barber’ is kind of an experiment trying to prove that point.”

Mori’s career is proof of just how much freedom and flexibility a career as an independent artist can afford.

Practice and record A LOT

No matter which genre you’re exploring at the moment, you need to practice a lot and you need to record a lot.

In fact, you can even pull a Neil Young and just record your own rehearsals basically all the time, just in case you happen to catch a really excellent idea or performance that might have been lost otherwise.

Practicing is free. But recording, that’s another story.

Now, if you’ve decided to remain an independent musician for the foreseeable future, then you probably won’t be able to throw down money for session after session at a professional recording studio.

Instead, you should focus on building some kind of home studio. Don’t worry too much: it can be surprisingly affordable to create a home studio these days, especially if you’re comfortable using recording software.

You just need some way to record all the sounds you’ll need, whether they’re live room sounds, vocals, or MIDI-based instruments.

Since digital storage is so expansive and affordable, you can record just about anything and still have room left over for more. Even if you think that you don’t like a particular idea at the moment, record it anyway. Later on, you might be surprised to find that you actually do like the idea and that you want to build it out into a track.

Even while you’re doing all this other stuff, maybe the most important thing of all is that you don’t lose momentum as you start to grow your reputation and your audience.

Sure, there will definitely be lean times, when it feels like no one is paying attention to your work, but even then you just need to keep your head down and keep working.

If you keep making great music and keep sharing it with the internet and with audiences at live shows, people will start to take notice eventually.

Best of all, staying independent means that you can stay true to yourself and what you want to achieve with your musical career.

It’s a tough life, but successful independent musicians can achieve their success absolutely anywhere. You just need to be willing to put in the work.