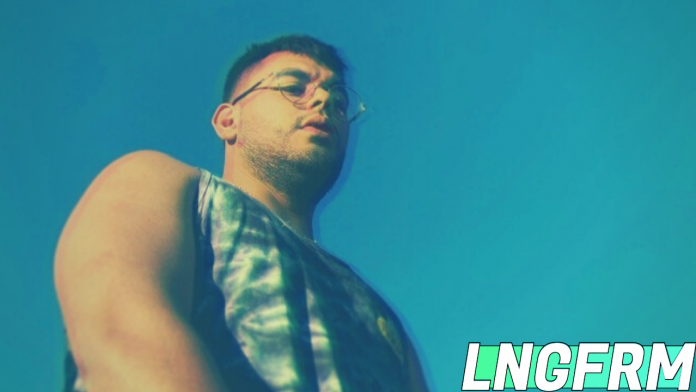 From the start, Naïka has been collaborating with some extremely skilled producers and songwriters, and one of her most frequent collaborators is Sebastian Torres.

Torres has been working with Naïka since their university days, and he has been instrumental in the creation of Naïka tracks like “Ride,” “Oh Mama,” and “Belle Belle.”

Torres also produced and engineered vocals for one of Naïka’s viral TikTok videos, which has brought in more than 22 million views.

Recently, Torres has been working hard on songs for Naïka’s upcoming album release, but he managed to carve out some time for a LNGFRM interview, which you’ll find right here.

Outside of his work with Naïka, Torres has worked with major artists like Kiiara, Riela, and Lita, so he had plenty of insights to share about what it’s like working closely with a standout artist like Naïka. Take a look.

How did you first get in touch with Naïka?

Torres: Naïka and I had the pleasure of meeting in college. We went to Berklee College of Music in Boston. We immediately became friends due to our love for similar music. At Berklee, apart from going to classes and doing assignments, you get to do a lot of things on your own.

In your free time, you could have writing sessions and create music that wasn’t particularly related to the school and that’s exactly what we did. Before she even released music, we had written and worked on many songs. The fact that we worked together so much while we were still in college has a lot to do with how often we still work together.

At the end of the day, writing a song involves creative muscles that only get stronger the more you practice and the more you enforce it. Someone once said that the only way to make a good song is by making bad ones first. Thankfully we got those out of the way!

“Ride” has been a big hit. Did you anticipate this track getting so popular?

Torres: We knew the song was strong. This song was produced by Peder Idsoe and Jason Strong. I wrote it along with Naïka herself and other co-writers. I think we all thought the song would do well but not as well as it has, especially taking into account that this was the first song she put out.

Having your debut song hit over five million streams is pretty unusual, but we’re definitely not complaining. We were following the progress of the song day by day. We saw the numbers going up fast, but it wasn’t until I saw it on the playlist “Spotify Global Viral” that the song hit number two.

The only song that was above ours was DJ Khaled’s and Rihanna’s massive hit “Wild Thoughts.” Seeing “Ride” in a playlist with massive world hits by massive artists really did it for us and was the moment it registered that this song was special.

What do you think is one of Naïka’s greatest assets as an artist and performer?

Torres: I’ve had the pleasure of knowing Naïka for a while now, and even if I’ve worked with her countless times, she always impresses me with how passionate she is about music. This passion translates into deep involvement in every one of her songs.

Naïka is involved in every single step of creating a song. She is quite the perfectionist, and that trait, paired with the passion she has for the music she creates, is an incredible asset. Another of Naïka’s greatest tools is her upbringing and childhood. Because of her parents’ work, she grew up all over the world. From Kenya, Haiti, Paris, Miami, and other parts of the world, she picked up all these influences and she puts it all into her music. This gives her artistry such a unique and global aspect. Many artists struggle to find sources of inspiration. Naïka has several. This is a huge advantage for her.

What was it like when Naïka had her viral success on TikTok?

Torres: This was such a big surprise. I was in Mexico at the time when Naïka called me and said she had an idea. She said she wanted to do a verse on a popular song by the name of “Don’t Rush” by Young T. She sent me the vocals and I vocal produced them.

Since they weren’t recorded in a professional setting, I had to clean them up and enhance the quality. However, the performance was already great. The quality of the recording needed to match that of the performance.

After I produced and engineered the vocals, I put them with the track and sent them over to Naïka. She posted a TikTok that night and the next morning she called saying that the video had gone completely viral. After a few days, the video had more than twenty-two million views. It had comments from Jason Derulo, Charlie Puth, and other huge artists.

We rode the momentum and did another TikTok covering the popular Billie Eilish song “Therefore I am.” The song gained more than three million views. TikTok has really helped Naïka share her musical talent. Many of her Tiktok views are translated into her actual music.

The spike of listeners to her music after the viral TikToks was amazing. She is continuing to post and make more videos, and we’re seeing how much it’s helping the music.

How about your work on “Oh Mama” and “Belle Belle?” Did you change your approach in any way?

Torres: “Oh Mama” and “Belle Belle” were two very fun but very different songs. As I mentioned before, Naïka tends to grab inspiration from a place or culture she lived in at one point in her life.

“Oh Mama” definitely took inspiration from the Caribbean and “Belle Belle” from Paris. When working on songs that have a tie to a region or culture, it’s really important to understand the sounds that come from whatever region you’re trying to homage.

Research and a lot of listening has to be done in order to do it justice. Thankfully, Naïka helped me with that by playing me old french songs or old Haitian songs that inspired her. Not every song involved research and learning, but these two definitely did, and it was a very fun experience.

Can you tell us anything about your upcoming work with Naïka?

Given how often and for how long we’ve worked together, she trusts my judgment and constantly asks for input on songs that I didn’t necessarily take part in. Having this kind of relationship with an artist is great, and it’s evidence that something is clearly working.

Do you have anything else to add about what it’s been like working with Naïka?

Torres: I’m very happy to be as involved as I am in her artist project. We have been sowing the seeds for a while now, and I’m grateful that we now get to reap the fruits of our labor. Her artistry has taken off and I’m glad to be a part of it.