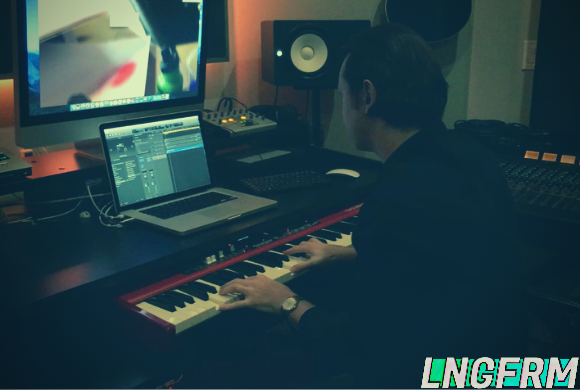 I’d like to tell you a story. Back in high school, there was a senior project that helped students decide on their desired career. Each student wrote down what their dream job was.

From there, students and teachers would work together to find someone in that line of work who would be willing to let a student shadow them for a day.

Rather than rolling out the red carpet, the enlisted professionals were asked to show as much of their typical work day as possible.

The idea was that students would be introduced to the realities of a particular career, rather than the somewhat glamorized versions of each that showed up in TV and movies.

As you might have already guessed, quite a few students realized that they needed to reassess their career goals.

We’d like to do the same for anyone out there who’s thinking of pursuing a career in music composition for film and television.

Don’t misunderstand, it’s great work if you can get it, but it’s also, well, a job. And, like any job, it takes a lot of hard work and commitment to be successful.

We’ll be taking our virtual job shadow with Charles Sicouri, a professional composer and studio engineer currently based in Los Angeles.

Sicouri has established himself as an accomplished composer, working with Zanellitivity Music (founded by Geoff Zanelli, composer extraordinaire), Remote Control Productions (Hans Zimmer’s studio), and Michael A. Levine Studio, in addition to his own freelance composition work.

So strap on your virtual JanSport and get ready for a very real look into the work, the mind, and the inspirations of a professional television and film composer.

If you’ve already created a few compositions of your own, then you know that sitting down and telling yourself to make something new comes with a healthy helping of self-doubt and anxiety.

You start asking yourself whether an idea is good enough, what you should add to it, and how long you should tweak it before moving on to the next one.

But here’s the question: does that feeling and sense of self-questioning go away once you become a pro?

Sorry to disappoint, but the answer is both yes and no.

“Every time I sit down to start writing a piece of music, I have the same overwhelming feeling, but soon enough, I ignore anxious overthinking and simply play. Whether it’s a melody, a chord progression, or a strange sound effect, I find a solid starting point.”

So if you run into these challenging emotions and thoughts, you can at least rest easy in the knowledge that professionals feel this way, too.

One helpful exercise that many creatives use is to put yourself back in a childhood mindset. Imagine yourself as a rowdy kid again, sitting in front of a big set of finger paints, excited to make something, not worried about how it’s going to turn out.

Anxieties will still come up, but overcoming them will help you meet deadlines and record ideas that you’ll be able to use later on.

Like a lot of other creatives, composers can still do their work when they’re not even trying. The easiest example is when your subconscious mind comes up with a new idea when you’re just going about your business.

While the general public tends to hum radio tunes in the shower, composers often come across new ideas instead. Over time, Sicouri has realized that these ideas can be very valuable, even if they don’t seem that way at first.

“That cliché of finding ideas while driving or showering has been happening to me quite a lot recently. I didn’t care too much for it at first, but lately, I’ll try to record it quickly on my phone. That way, the next time I sit down to write, I have an idea to start with.”

Starting with a blank page, or an empty computer screen, can amplify the anxieties we just talked about.

Having a well of ideas to draw from makes everything a little bit easier. Not all of your subconscious melodies and musical ideas will be winners, but they will help you get in your own work groove, which in turn can inspire even more ideas. 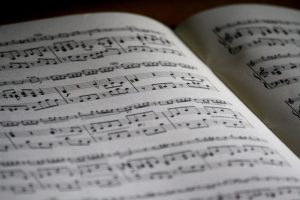 This is why composers have to be aware of new ideas even when they’re not on the clock. Even when you’re not actively trying to write new music, your brain is.

Composition, like film and television, is both an art and a business. It would be great to have all the time in the world to finish a specific piece of music, but professional composers really don’t have that option.

Deadlines are tight just about everywhere, even on massive Hollywood productions. One recent example is Michael Giacchino’s experience writing the score for Rogue One: A Star Wars Story. Giacchino reportedly only had four and a half weeks to write all the music, which he then did while he was supposed to be on vacation.

Even the greats don’t have the luxury of spending a lot of time on each piece, and Sicouri can confirm how that’s both good and bad.

“A good thing about film and TV music is that you tend to work with challenging deadlines, which push you to work at full capacity and have the music finished on-time. Otherwise, I could work on each composition for years. But as a film and TV composer, you learn to find the moment when you have to let go, knowing when you should leave it alone.”

This doesn’t mean that you should rush through your work and hope everything turns out fine. You still need to have a good sense of quality and fit, but learning when to let go is just as important.

Early on in your composition career, there may be times you feel tempted to make your work high-concept, poignant, and even experimental.

All of those are great traits for a piece to have, but as Sicouri explained to us, there’s really only one thing that each of your compositions should be:

“My ultimate goal is simply to write good music. Experimenting is great, but you can also make new things with old ideas. Making a piece of music with ideas you’re comfortable with may be more innovative than you think. Simplicity has always fascinated me. I like that music doesn’t need a message. It just has to sound good.”

Try to be a minimalist rather than a maximalist, and no, we’re not talking about instrumentation here.

Your ideas need to be clear, and your number one goal should always be to create music that fits the project 100%.

Sure, you’re under the supervision of the director, producers, and many other members of the production, but your ultimate boss is the film itself. 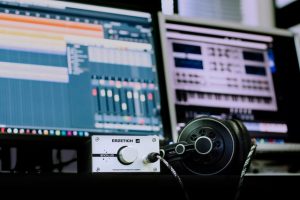 This can be hard for a lot of young composers to hear. As an aspiring artist, there’s often a strong desire to show off a bit, going all-out on every single project, using a lot of the style and approach you’ve been developing for years.

But when we look at some of the most famous composers of film music, we don’t see big egos trying to leave their trademark.

What we see is masters of their craft finding music that matches the story perfectly. Doing this successfully is what earns you a following and gets you more work.

But enough of all this tough love. There are plenty of positive aspects of working as a professional composer.

These vary from person to person, so we went ahead and asked Sicouri to talk about one of his favorite parts of his career.

“Nothing is black or white. My opinions and ideas of music keep changing. The more I learn and discover, the less I have certainties about how things work in general, what I like and dislike. This is both positive and negative. There are no guarantees, but there are also no rules. That can be really exciting.”

This is a great overview of the entertainment industry and working as a creative professional: there are no guarantees.

But it also means that your career is going to challenge you in many different ways and you will be changed in the process.

Working as a composer is a bit like going to the gym every single day. Over time, you’re going to see results, and your skills will continue to change and evolve right along with you.

Even more exciting is the idea that there are always new ways to do something, new ways to score a horror flick and new ways to network and find a community of artists.

If you’re up to the challenge and you can roll with the punches, the unpredictability of a life spent in the entertainment industry can be just plain fun.