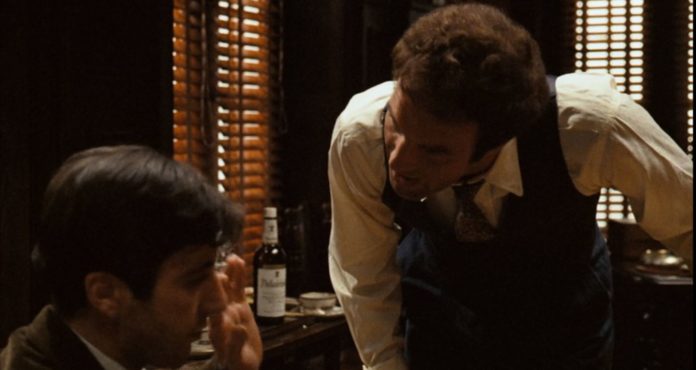 The history of my relationship with Philadelphia Whisky is relatively short but highly nuanced. I first encountered it about six months ago when my roommate who claims to be from Philadelphia brought it home from the liquor store as a gag. The self-styled Heritage Whisky comes at the low price of about 10 bucks a bottle, and is apparently bottled in Kentucky, a place that is generally very well known for its whisk(e)y. Here’s the description straight from the bottle:

A premium quality blended whisky famous since 1894 for its smooth taste and incomparable flavor.

So despite being from Kentucky, this is something that they’re calling a ‘blended whisky’ as opposed to a bourbon. They use the word premium, a word that gets thrown around a lot despite being relatively meaningless. Everyone has their own definition of premium. To some, this is a word that means ‘expensive.’ To me, a premium alcohol is one that can be enjoyed—and enjoyed thoroughly at that without any mixers or other adulterants. It must also be able to be enjoyed sober.

If we’re going by my definition of premium, then despite the very low price tag Philadelphia is just that. It is drinkable on its own, and it is drinkable while sober. After that initial bottle, neither myself nor my roommate purchased it again for a long time—not because we didn’t like it, but because we were interested in trying as many different liquors as possible. For a while there Philadelphia Whisky wasn’t on my mind at all. Like oh so many memories it slowly crept its way further and further into the recesses of my psyche, and there it laid dormant for many months, unnoticed. It wasn’t until December, when I was with some friends at the late, great Grassroots Tavern on St. Mark’s. A very old bar where everything was made of unfinished, rotting wood. Where in exchange for your ID they would give you a set of six bent darts with broken fletchings. It was a place where homeless people, hipsters and college kids drank in harmony with one another. And it was good.

I was at this bar which has since closed when I was trying to get one of my friends very drunk. He went outside briefly to smoke a cigarette and settle his stomach, and it was then that I went up to the bar like I had done so many times in the past and ordered a round of whiskey shots. The bartender laid out four glasses, reached down to the rack liquors and brought forth a bottle of that whiskey which I had almost forgotten. A whisky without an ‘e’ that was more than twice as old as the bar, a bar which was by nobody’s definition young.

It was Philadelphia. And it was good.

I encountered it again a few weeks after. I was half-watching The Godfather early one evening and noticed something in a scene pretty early in the film where Sonny and Michael are talking in the house. Sonny gets up from his seat and leans over as to get real close to his brother Michael, and slightly out of focus right behind him on a table is that Heritage Whisky. This took me by surprise in a big way—it’s a pretty obscure brand, and definitely not one that I’ve ever associated with wealth and success. I was curious to see if this had once been the case, if during the 40’s and 50’s (which is when the film takes place) my favorite cheap whisky had been highly regarded or popular at all.

I’ve since contacted the Coppola Family and Heaven Hill, who apparently still produce the Whiskey. This post will be updated when I find out how this bottle ended up in the movie.