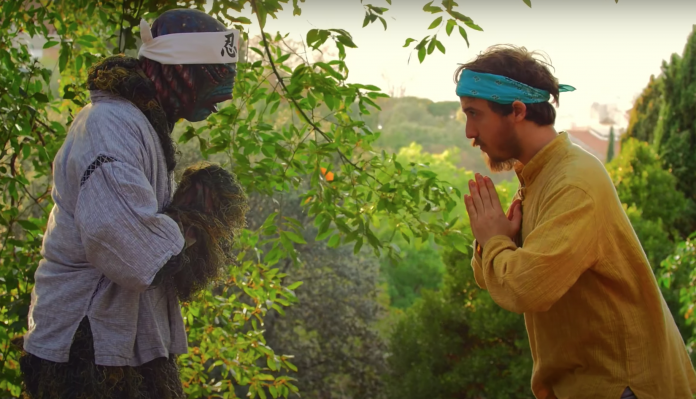 ‘Eyes in the Wild’ off Sea Fuzz’s new album Ocean Dreams is a rockin’, high-energy, and explosive introduction to their music if you’ve never heard it before.

Aside from the rippin’ fast upbeat tempo and lush and catchy chorus, the video has a story of its own. We will dive deeper into the story in a second, but first…

We had a chance to speak with the vocalist and music maker, Ben Heckler, about the song, the making of the video, and what to expect in the future from this incredibly talented band.

‘Eyes in the Wild’ is the second song off the album Ocean Dreams as well as the second video released in their promise to release four music videos for the album. 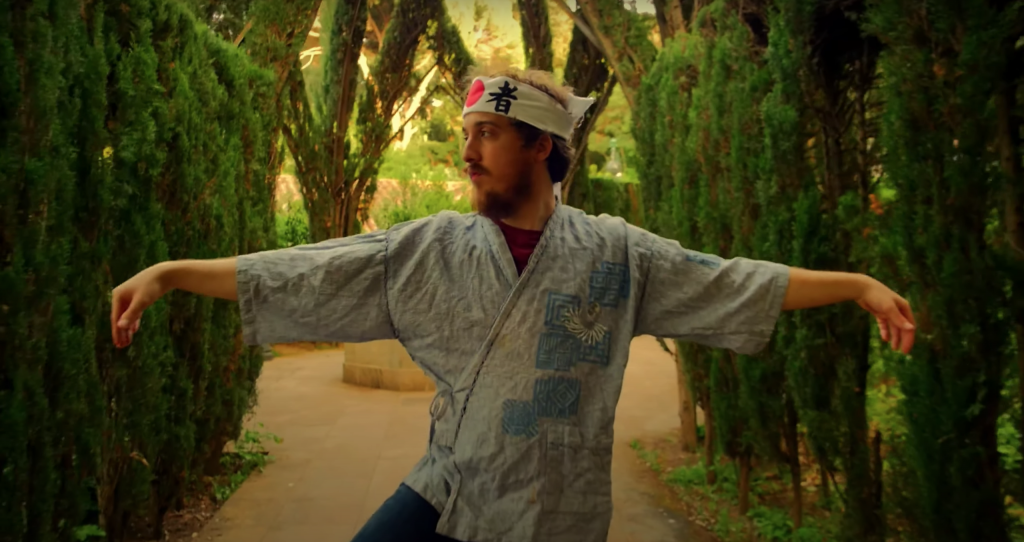 The real Ben Heckler shared some thoughts with us about how he formed this idea:

“This was the final music video we had made [‘Sand Monster’ and ‘Submarine Party’ being the first two] and I wanted to make a video that more represented the themes of the album Ocean Dreams.

“The literal story of Ocean Dreams is that there is a sea monster that is invading the dreams of the protagonist, and each song has its own little sub-story. But the figurative story is that this monster is trying to teach the protagonist something.

“He’s trying to teach the protagonist how to wake up from his self-concern, to break through his self-referential habits, and to cut through his inability to enjoy the present exactly how it is.” -Ben Heckler

Meditation has long been a theme of Sea Fuzz, with their first album titled Groovin’ with the Eternal Now, which is a quote from the British meditation writer and speaker Alan Watts.

Making of the video

Aside from Heckler directing, writing, and editing this project there were other members involved to make this film as special as it was.

Ignacio Mallén would work with Heckler as the DP and perform all the lighting and shot composition for ‘Eyes in the Wild’.

“When I first met Ben I decided right away that we were going to be friends, so I proceeded to trick him into a friendship,” Mallén states.

“Luckily for me, Ben was new in town so he didn’t know that many people with a camera.

“Posing as a budding cinematographer, I was immediately hired and we embarked upon this project guerrilla-style; no permits, no crew, no lights, no money, just some beautiful locations, some cool props (that mask!) and a lot of gung-ho motivation.” -Ignacio Mallén 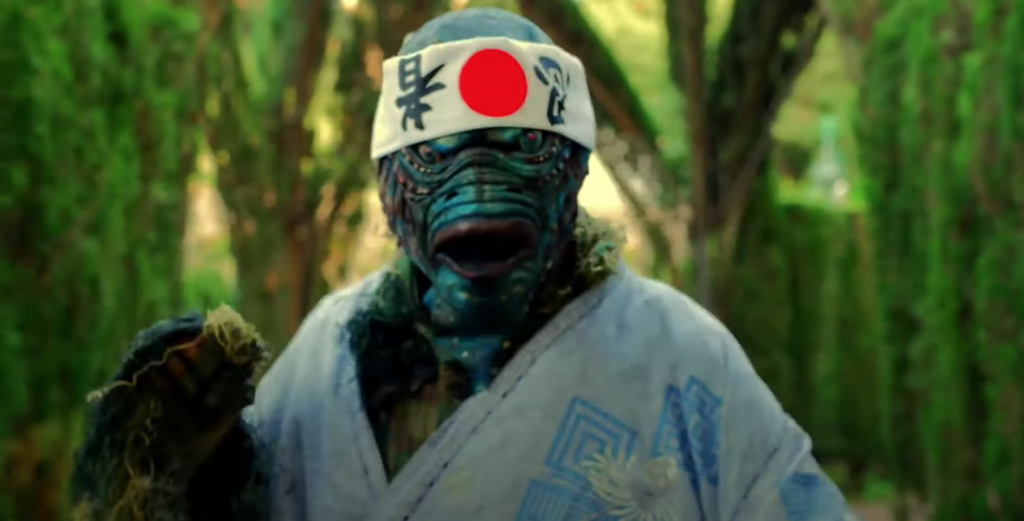 Another crucial player in the project was the monster himself, who this time was played by Sergio Bertran. Bertran is a successful composer in his own right, working on big Spanish and Catalan productions such as La Reina de los Lagartos and Totes les Histories.

Heckler tells us that the whole idea of doing the video with a small crew of friends and editing it himself really appealed to him:

“For me,” Heckler tells us “all of my music up to this day has reflected a DIY spirit. I write and produce the music myself or with minimal help like recording drums in the studio.

“I wanted these videos to be in that spirit, where we get our hands dirty and do all the editing, costumes, and ‘special effects’ ourselves, as a crew of friends. We laughed a lot while making it. It’s sometimes a little rough around the edges, but I think that only gives it more of a humorous and special quality,”

All satisfied after their work on ‘Submarine Party’ and ‘Eyes in the Wild’, Heckler and Mallén would continue to work together for other projects, such as a series of live videos they did for the band.

“Bringing an audiovisual project to fruition is a deeply bonding experience.” -Ignacio Mallén

Mallén continues to work in the Barcelona film industry and has even gone on to work on big projects like Dua Lipa’s Physical.

Exploring the narrative of ‘Eyes in the Wild’

The video itself tracks the ‘protagonist’ (Heckler) in his journey to find a meditation master.

The first scene shows him looking at a map with a picture of a monster and a sun. The map is pulled down to reveal the start of the trail with a sun on it and Heckler moving up the trail.

After a timelapse, we see Heckler finally reach his destination where he comes upon a monster in traditional robes and a Japanese headband striking a pose.

Heckler then walks up to the monster and kneels before him, offering himself as a student. 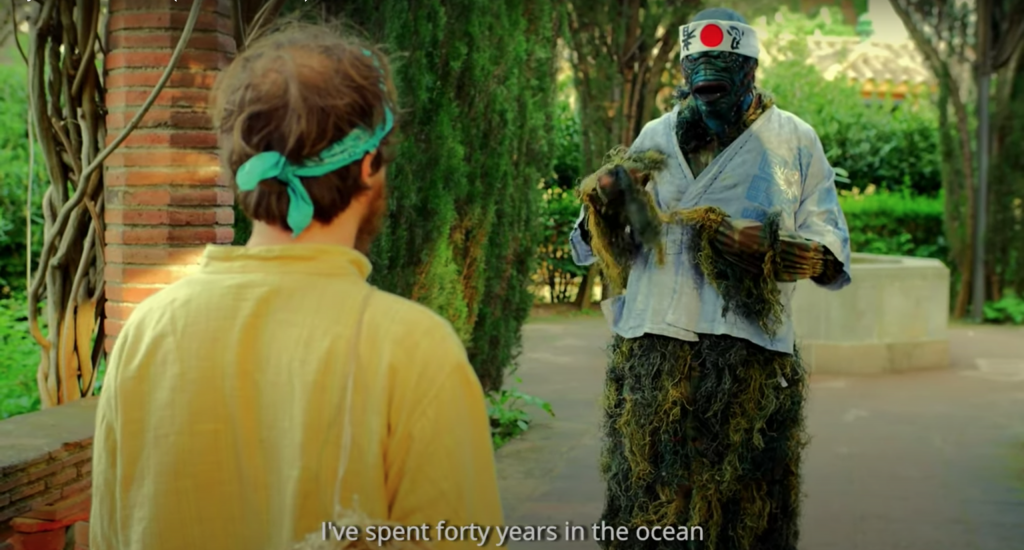 The monster orates and the lyrics sing:

“…I’ve spent forty years in the ocean observing my mental states, I can show you what I’ve learned but you must pay me mind, if you don’t you will suffer and never see the light.”

So this is where the fun begins as the video suddenly gets ultra trippy and hits us with a barrage of psychedelic shapes and colors mixed with the monster’s face. 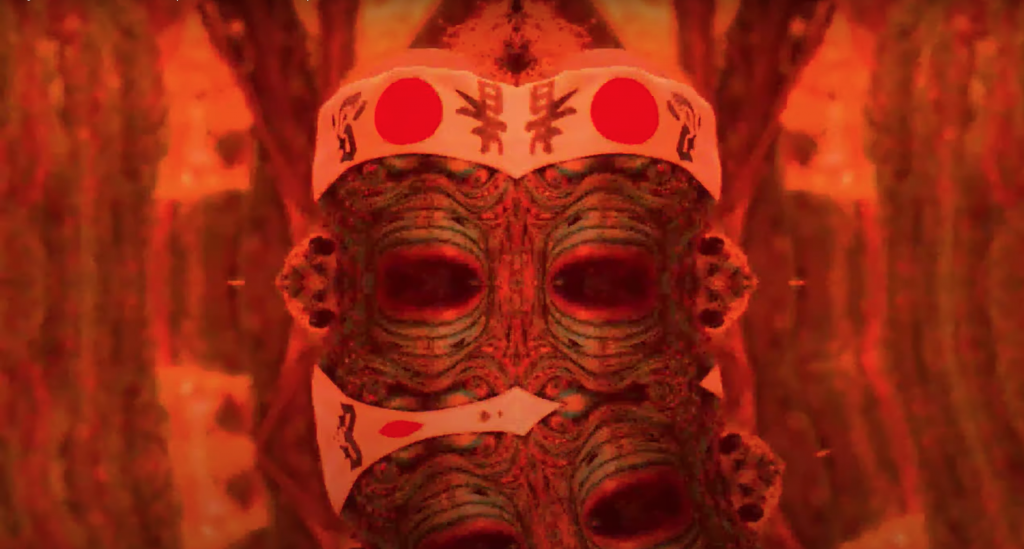 After the guitar solo comes to a close the video centers back on Heckler who appears to be meditating.

The camera zooms out and we see the monster right next to him yell and startle him while the second verse sings:

“Wake up from your slumber you’ve been out for seven days! You’re the worst disciple that has ever come to stay. If you want to be free you must learn my ways. Stay focused and don’t let your mind wander away.”

It is clear that this whole psychedelic trance has just been Heckler’s mind daydreaming while in actuality he was supposed to be following the instructions of the monster guru.

The music video then proceeds to go into a Karate-Kid-style montage that shows the monster training Heckler in various forms of meditation.

The climax of the video 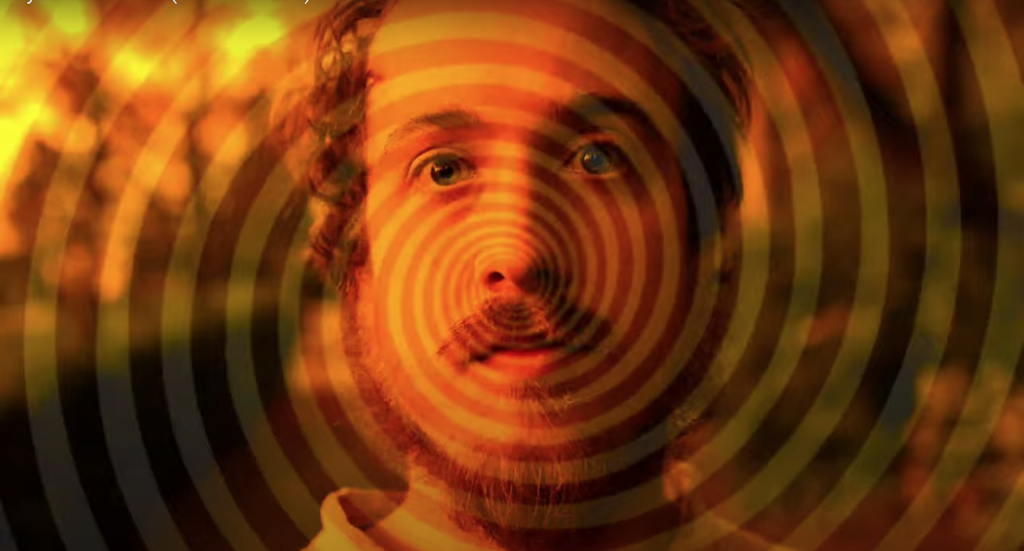 In all of these challenges, Heckler fails and finally gets really frustrated. He throws his headband down and tries to leave.

The monster though grabs him by the shoulders and looks into his eyes and exchanges some sort of energy or a hypnotization process and Heckler suddenly feels energized and goes back to complete all the challenges with ease.

In the last part of the video, we see a young girl (Judit Martin) walk up the trail in the same headband, a map, and similar hippie attire to what Heckler wore, but instead of seeing the monster, she sees Heckler who has now adopted the traditional garments that the monster was wearing.

So things have come full circle, the apprentice becomes the teacher—and theoretically, on it will go.

Ocean Dreams is an album jam-packed with bombastically energetic songs and more lyrics about the elusive monster and protagonist of this video.