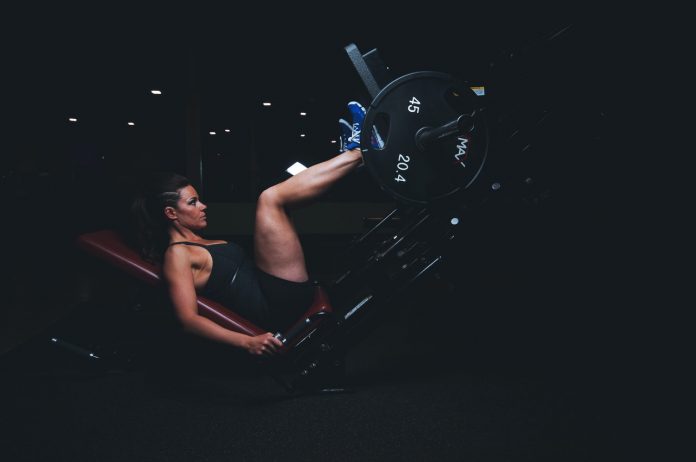 The Covid pandemic changed the way we all think about work and our careers as a whole. That might sound like a bold statement, but it’s true.

The Great Resignation is a label that’s been attached to a growing trend of working professionals leaving their current jobs for better pay or conditions in their industry or to work in a different industry altogether, one that aligns with their lifelong goals.

Kudhail danced for many years and studied dance at university, but now, only a few years after graduating, Kudhail is an expert-level personal trainer who works in injury prevention with athletes, specifically the athletes of the British basketball team the Manchester Giants.

Kudhail is a GYROTRONIC instructor, a level 2 gym instructor, and a level 3 personal trainer. In addition to her current work, she’s also fielding offers from organizations here in the US.

It’s not so much that Kudhail discovered a whole new world in personal training, but rather that she realized how well her skillset and her personal motivations applied to personal training and injury prevention.

We’re excited to share Kudhail’s story with all of you, so let’s dive right in.

Kudhail’s transition to working as a personal trainer, and more specifically, as an injury prevention specialist with professional athletes, was certainly a journey.

Like many recent graduates, Kudhail had a very specific idea of what her career would turn out to be. She had completed a university dissertation on how ballet changes the skeleton, and so she expected to join the dance rehabilitation field. Then maybe, years later, she would look into personal training.

But then came the pandemic and everything suddenly changed. For Kudhail, the immediate effects of the pandemic, i.e. quarantine measures and social distancing, meant that she had more free time on her hands than usual. It was during this time that she decided to complete her PT training online. It may have seemed like a small step at the time, but in fact this launched her career. From there, she got a foot in the door to the world of athletics by asking to observe some gym sessions of the Manchester Giants.

These experiences led to an important realization:

“It wasn’t necessarily the dance aspect that I was aiming for, but the idea of helping the performers, or the athletes in this case, that really captured my attention and inspired me to get involved in this work.”

Kudhail began working with athletes from that point on, and it’s clear that she really enjoys having the opportunity to keep athletes performing at the highest caliber.

“I love that I’m able to help athletes perform at their best. Being injury-free as a dancer, I can appreciate having a healthy body that moves the way I want it to. I wanted to give that same kind of freedom to athletes.”

Kudhail’s knowledge and understanding of dance continues to influence her current work in other ways as well.

With her expertise of dance, ballet in particular, Kudhail may seem like an unlikely candidate for athletic training and injury prevention, but as she explained to us, it can be incredibly useful to apply that dance perspective to athletics.

A crucial part of putting this perspective to work is how it can be communicated to the athletes Kudhail works with.

Understandably, each athlete/performer’s conception of how the body works and what it needs to operate without injury is colored by their focus, by what they’re using their body for.

Kudhail’s dance background has given her a unique and insightful view of the body and how to talk about the body’s many intricacies. In the world of sports, that’s proven to be a major advantage. “I see the body in a different way than most athletes. I grew up with an awareness of my own body, how the skeleton is structured, which muscles should be activated and when. This brings a whole new perspective that many athletes haven’t considered.”

Skeletal alignment and muscle activation are very important for professional athletes, but these ideas are rarely communicated effectively or even communicated at all.

Additionally, Kudhail shares all kinds of tips and techniques for injury prevention that she learned during her time as a dancer.

On the surface, dance and basketball look very different, but recognizing and communicating key similarities has given Kudhail an edge in this space.

Another major advantage for Kudhail has been breaking into the industry relatively early. As Kudhail pointed out to us, many gym coaches and gym staff working in this area are themselves ex-athletes who join the field as a way of staying involved in athletics.

There’s nothing wrong with that, of course, and their knowledge of what athletes go through before, during, and after games is no doubt valuable for current athletes. But since this is the second stage of their careers, it also means that they might be set in their ways, less motivated to explore recent advances.

In contrast, Kudhail comes from a different background and is also highly motivated to look for new and better ways of doing things. “I have the time to explore practices and techniques while building a name for myself. Later down the line, I’ll have proof that my injury prevention work lasts, and I’ll still be able to perform all the mobility exercises that I use today.”

These advantages might even encourage other young trainers to get involved in the industry sooner rather than later. As they say, there’s no time like the present.

More women on and off the court

For decades, an unfortunate reality of the professional sports industry has been that very few women were actually a part of it.

Female sports leagues tend to receive far less media attention, and the support staff behind either male or female teams have traditionally been made up of almost exclusively men.

But that’s starting to change, and Kudhail is proof of that. She hopes that the increase of female involvement in professional sports will lead to permanent changes, not just in terms of who we see on the court but also the coaches, trainers and support staff behind the scenes that we rarely see.

“With one of the basketball teams I was working with, we had a female team manager, a female apprentice, and myself as a part of the behind-the-scenes team. No other team in the league had that much female involvement. In the new age of gender equality, I expect to see more women rising through the sporting ranks, especially now that they’re less afraid to take risks in a male-dominated world.” We hope that sports organizations of every type will leave bias behind and consider bringing more women into the mix, especially when they have impressive skills and insights that could lead to all kinds of improvements.

Before ending our conversation with Kudhail, we wanted to ask her what it feels like now to look back on the trajectory of her career so far, two years after the transition to personal training.

She told us that, in a lot of ways, all this change has felt like a rollercoaster, one with a happy ending.

“If someone had told me three years ago that I’d be working as an injury prevention specialist for athletes and not ballet dancers, I would’ve thought they were crazy. But life is full of twists and turns, and I just made the most of the time I had.”

It all goes back to that moment when the pandemic had forced Kudhail indoors. She knew that simply waiting around for the gyms to re-open wasn’t much of a plan, so instead she brought the gym into her home, in a sense. She accomplished as much as she could from right there, and it paid off.

The COVID-19 pandemic has challenged all of us in so many different ways, but with those challenges come opportunities as well. That’s the silver lining that Kudhail sees in the events of the past two years: they encouraged her to take a closer look at her life and her career. She took a risk, and, well, it paid off more than she could have hoped.

“I have no doubt that if the pandemic didn’t happen, I wouldn’t be where I am now. I’m grateful for the opportunities it brought me and the new career path I’m on.”

If there’s anyone out there who’s been thinking about making a career change, this just might be the time to put yourself out there and see what happens.

How Will You Promote Cultural Exchange In Your Home?

How Does Cultural Exchange Help In Community Development?