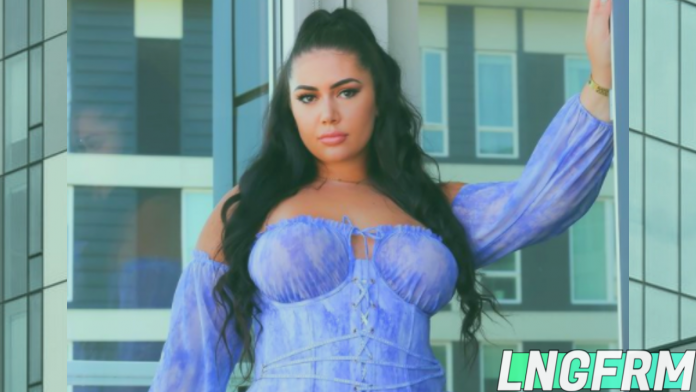 Some folks might think that models are just there to do what other people tell them to do. The reality, however, is that anyone who’s worked directly with models will tell a different story.

There have always been models who were also celebrities. Today, though, a large number of professional models are also public figures of some kind.

Obviously, the rise of social media influencers has been a big part of this. Influencers decide what their public image is going to be, and even if they sign with an agent or a full-on modeling agency, they still largely stay in charge of what work they’ll take and how they present themselves.

This is a significant shift away from the more traditional system where models were not in control of their careers and had to hope that they would keep getting work and not be overshadowed by a young up-and-comer.

Despite this development of an entire industry, almost no one talks about modeling as its own art form.

Is modeling an art form? Let’s find out.

Saying that Samantha Krieger, better known as Sammyy02k, has found success in the modeling world is a drastic understatement.

This Fashion Nova ambassador and international model currently has more than 3.5 million Instagram followers and has taken some major sponsorship deals along the way.

Sammyy02k is an excellent example of a modern-day model who pulls off powerful looks and who built her career from scratch.

She’s an influencer in the truest sense and her schedule stays packed with gigs, sponsorships, and Instagram content creation.

Fortunately for us, Sammyy02k found some time to talk to us about modeling as an art form and her view of the industry as it stands today.

Is modeling an art form?

This question has been asked many times before, but rarely has it reached the level of public discourse.

Even though it’s been disproved over and over again, it can often seem like there remains a generalized impression that models are empty-headed professionals whose only job is to look good. As you might have guessed, this impression tends to be held by people who have never met models or worked with them.

Sammyy02k is happy to bust this myth, and she made it very clear to us that modeling is indeed an art form:

“Of course, it definitely is [an art]. The pictures people see are a collaboration between the model and the photographer, but models are making lots of choices that people don’t notice. They just see beauty, style, and strength. That’s the art of modeling.”

Even when a model is receiving direction during a shoot, the model is interpreting that artistic direction and making decisions to bring each idea to life. In certain ways, it’s comparable to acting. Yes, directors and cinematographers and many other crew members each contribute something important to the finished product, but if you remove the actor from the equation, none of it works anymore.

It’s easy to say that we’re currently experiencing a new wave of models and a new era of modeling, but it’s more difficult to pin down exactly when these changes started taking place.

Certainly, the popularity of social media websites and phone apps played a big role in the process, but so did models who took new approaches to their work.

When asked about contemporary models who inspired her own work, Sammyy02k talked up the influence of one of the most well-known models and public personalities of all time:

“I know she gets talked about a lot, but Kim Kardashian was a big deal for me. Even if she wasn’t trying to, she changed how we think about modeling and Instagram modeling. She also proved that you can make real money doing this and still have control over your public image.”

Love her or hate her, Kim Kardashian broke down some serious barriers on her way to becoming as wildly successful as she is. Kardashian also remains one of the most popular individuals on social media, period.

It’s no wonder that Kardashian’s work inspired Sammyy to a large degree, and it’s likely that history will remember just how big of an impact she had on modeling as a whole. So what did it look like when Sammyy02k was creating her first handful of posts? It might be difficult to think of a time when she wasn’t pulling in millions of views and followers, but everyone has to start somewhere.

However, perhaps it was an early indicator of success that Sammyy’s profile took off pretty quickly. She told us about what it was like in those days:

“I’m so thankful for how many fans supported me when I started. It took some time for things to really blow up, but people responded to my work right away.”

Don’t get us wrong, that doesn’t mean that Sammyy02k had one million+ followers within the first week, but there was clearly a lot of interest in what she was doing.

Keep in mind that, back then, Sammyy had no real outside influence. She was creating all of her own looks with what she had and taking her own photos. She really did create her own image, and those early fans could tell she was something special.

We’ve already talked quite a bit about how much the modeling industry has changed since the rise of social media, but that doesn’t mean that it has stopped changing.

Actually, the modeling industry is still changing in important ways, and it’s absolutely worth talking about some of the biggest changes. Sammyy02k says that one of the major changes she’s noticed in modeling today is related to the models themselves who are getting big nowadays:

“It’s not really a trend, you know, but one big change I’m seeing is more body types in professional modeling and people with different backgrounds from what we usually see. It’s taking a long time to change, but I love to see it.”

That’s a good point, that it is indeed changing, but it’s also changing very slowly.

Certain major designers have been opening their doors to catwalk models with curvier bodies or even just more average bodies, which is a big deal for fashion shows that have historically only showcased models of a very specific body type.

Companies are also starting to accept models with a range of different skin tones, which addressed, in a small way, another problem with how models were previously cast.

But again, these are gradual changes, and though we hope the rate of change will accelerate in the near future, for the time being, we’re left waiting with our fingers crossed.

Sponsorships are a big topic for models of any kind, but especially for models with a significant social media presence, such as Sammyy02k.

To be blunt, sponsorships are one of the most consistent ways for influencer models to make money from their work.

There are other ways to bring in revenue, but many brands across different industries recognize the incredible power of marketing their products and services through sponsored content.

Sammyy02k has taken plenty of sponsorship deals during her career, but she also explained that a very important part of maintaining trust with your fans is not accepting just any and every sponsorship deal that comes your way:

“I’ve worked with some really great brands. I love doing it because I love what they stand for. And, you know, fans can tell really quickly when you’re not passionate about something. So I’m picky about sponsorships for sure.” That selective approach has paid off, literally, and it gives Sammyy the chance to speak directly with representatives of different brands, which could potentially lead to additional opportunities beyond a simple paid post.

Lastly, is there anything that Sammyy02k would go back and change about her artful modeling career?

“I don’t have any regrets about my career. I built a really strong brand and it’s attracted a ton of positive attention. If there’s anything I would do differently– I guess reminding myself to be confident in what I’m doing from day one.”

Sammyy has every right to be proud of what she’s created through her modeling work.

Recognizing modeling as an art form has helped carry her to new heights and make inroads with all kinds of brands, photographers, and even other models with whom she’s collaborated on various shoots.

It takes a great deal of motivation, inspiration, and hard work to build a personal brand and a successful modeling career all by yourself, and it takes even more than that to contribute to a new wave of modeling talent that recognizes the value of the art form.