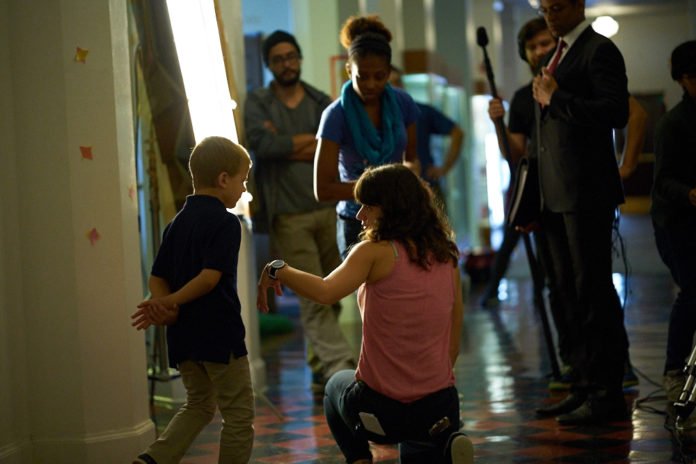 Far too often modern filmmaking, and contemporary movies in general, get referred to as being a creation of the United States. While Hollywood may have started the industry and set the gold standard for filmmaking, today innovation in film and cinematography largely comes from outside influences. Foreign-born directors and storytellers are not only bringing new subject matter into the mix of modern films, but are also changing the way audiences think about society, wealth, and themselves. Laura Franco is one such filmmaker changing the narrative on traditionally taboo subjects like homelessness and redemption, and has garnered acclaim throughout the greater film industry for her unique and sometimes daring storytelling. We had the chance to ask Franco about the inspiration behind some of her most emotionally compelling films, as well as learn what it takes to make a great flick.

Are there any notable differences between the film industry/scene in South America and the United States in regard to the filmmaking process as well as marketing?

In South America most of the films get funded by government grants/aid. Most films have to embark in a co-production with other countries. It takes a big amount effort to make films as it is usually a very expensive craft and the industry is more independent than self-sustaining. In terms of marketing, I think it’s the same as in the US independent scenarios, you focus mainly in distributing the film and making sure it gets seen. Only big studio films can use massive marketing to attract viewers and gain money.

Where did you get the idea for the documentary you made in 2016, Jah ? What was the experience like filming a documentary that focused on the raw aspects of homelessness?

I heard about ‘Jah’ from my mom, who is one of the artists that befriends him in the documentary. The three of them have an unlikely friendship that I had never seen before and wanted to capture.

Homelessness is one of the biggest taboos in society. We are all aware homeless people exist but we turn the other cheek. Meeting ‘Jah’ made me understand he is just another person looking for love and company. It helped me look at homeless people in a different way. I try to help when I can but I mainly make an effort to say hi and acknowledge their presence. I try not to ignore them; they are people too and deserve to be seen as such.

Your 2017 film A New Beginning focuses on heavy topics like acid attacks and readjusting to normal life after traumatic experiences. What draws you towards deep, emotionally compelling stories like this?

I am a highly emotional person. There are certain situations in life that deeply concern and affect me, whether I have experienced them or not. When I first started following the real-life story of an acid attack survivor in Colombia, I was so engrossed in the horror of it that I felt compelled to do a film about the topic. I have huge amount of respect for all acid attack survivors, and I wanted to show that in a film. I’m always looking for compelling stories that show the best in people. Usually when we go overcome a traumatic experience we become better versions of ourselves and I think I’m drawn towards that — towards showing the best in all of us.

How has A New Beginning been received by both critics and audiences at film festivals?

The film has been doing pretty well, thankfully. It’s interesting because acid attacks are not very known in developed countries and most audiences who see the film at a festival are surprised about this type of violence. Being able to create awareness is a very rewarding experience and the reason why film can be a powerful tool to make the world a better place.

Can you tell us a little bit about the filming set and process for Gabroo ? How long does it generally take to film a project like this? Or does it completely vary project-to-project?

It completely varies from project to project and depends on the production needs of each project. The biggest challenge in Gabroo was to get fluent Punjabi-speaking actors in the US. Punjabi is a language predominantly from the north of India, so it was a very difficult search. We managed to cast non-actors but it took about a period of three months to cast all the characters. The overall timeline of the short was about one year.

What are the biggest challenges a director has to overcome on a daily basis when filming/creating a film?

The first problem that always arises is funding. Once you get that sorted out with your producers, the pre-production stage can be very stressful. A massive amount of planning needs to happen for the film to be as faithful to the script as possible. Obviously things will change slightly during the filming, but as a director, being able to stick to the script as much as possible is definitely a challenge yet also the most rewarding experience.

Given your range of films and contributions as both a director and producer, is there any advice you would give to aspiring filmmakers in regard to taking an idea for a project and turning it into a finished, cohesive film?

As a director and producer, the one thing that always matters to me is to be in love with the script. I have to believe in the story and be passionate about it. As I mentioned earlier, there’s a lot of planning and hard work you will be putting into a project, so if you’re not in love with it, I don’t recommend you take it. You’re basically marrying the project for the next several months, so I really believe you have to know the story/script better than anyone. Everyone is looking at you for guidance, so make the script your own personal bible.

As far as your personal projects are concerned, where do you gain inspiration from given the exhausting nature of creating a film? Do your projects have roots in your real life experiences?

Definitely. There is always a personal aspect of my life in every film. It doesn’t have to be the exact same experience, but something personal I can relate to. With A New Beginning I could relate to self-esteem/self-love issues I struggled with growing up. With Jah, my mother was a huge connection for me, and with Gabroo, I knew how it was to be bullied in school for how I looked even though I did not have to deal with being culturally different as the character Monty does, who is Sikh-American.

Looking forward, would you like to tell us about any other work you have planned as a director or producer in 2018 or 2019?

I’m looking forward to Gabroo ’s festival circuit. I am also currently writing a very personal story regarding my experience with the aftermath of my parents’ divorce. The idea is to complete a feature-length script and shoot it sometime in 2019.