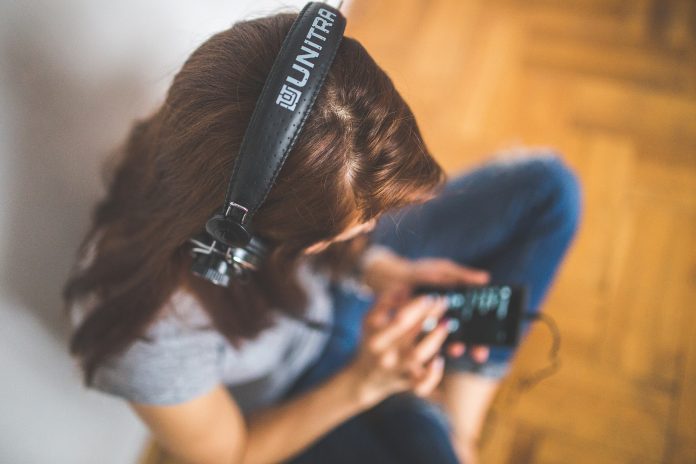 The kind of pop songs that we’re used to tend to focus either on being happy with a romantic relationship or the aftermath of a bad breakup.

And in turn, these songs of love (and lost love) become personal anthems for millions of fans and music lovers.

But it’s pretty rare that we see songs about being scared to fall in love. Granted, it’s a very specific situation and emotion, but for anyone who has ever experienced the feeling, it’s a difficult time, to say the least.

We’ve gathered together some of the best songs on the subject to add to your collection. And of course, if you have your own favorites in this very slim category, just go ahead and let us know about those in the comments.

If you’re looking for slightly more positive songs about love, check out our article on the best songs about falling in love with a friend.

A Plea for Tenderness – The Modern Lovers

Jonathan Richman is the gentleman behind the short-lived pop group The Modern Lovers, which tried to mimic the general style and content of the New York rock group The Velvet Underground.

Richman went on to have a long and successful career as a solo artist, but the tracks he created with The Modern Lovers hold up incredibly well, and this track is no different.

There’s a live recording of this song where Richman introduces the song by saying, “Hey girls, do you hate men?” He then transitions seamlessly into the song, which examines human imperfections and how they affect relationships.

Overall, it’s a song about having reservations about becoming involved in a romantic relationship, all of which are valid.

But at the same time, the song encourages listeners to find ways to accept small imperfections of others, as we are all imperfect ourselves.

Connie Converse enjoyed very little attention within the music industry when she was still alive.

She lived in New York for many years and left the city around the same time that Bob Dylan was first arriving in the early 60s.

She set out on a road trip across the country, and her whereabouts have been unknown ever since.

Many years later, collections of her music have been released, giving her lovely folk songs a chance to shine.

Trouble is a playful little track about being hesitant to fall in love again. Just take a look at the lyrics:

“Ever since we met the world’s been upside-down / And if you don’t stop troublin’ me you’ll drive me out of town / But if you go away, as trouble ought to do / Where will I find another soul to tell my trouble to?”

In just a few lines, she’s able to acknowledge many different and conflicting feelings at once.

It’s a portrayal of a relationship that seems to have its red flags but at the same time contains genuine feeling and connection.

Hopefully, this insightful track will encourage you to check out more of her work, all of which are fantastic.

Courtney Barnett has become famous for portraying the more melancholy aspects of life and relationships, albeit with a healthy dose of humor.

Need a Little Time is a track from her latest album, and it gives an excellent glimpse into the life of a person frantically trying to decide whether a relationship would be positive or negative in the long run.

It’s a sad admission that maybe, a relationship has gone sour or that it shouldn’t be taken too far before it’s too late to go back.

Sammus is a talented hip-hop artist who has brought a new artistic voice to the conversation, one that seems to have a tendency for self-criticism.

Whereas many rappers and hip-hop artists use their lyrics to prop themselves up and brag about their abilities and possessions, Sammus instead uses Qualified as a moment to examine her relationship.

On a surface level, everything seems to be going very well. But on a much deeper level, she doesn’t expect the affection to last.

In certain ways, she doesn’t even see herself as being worthy of real love or affection.

It’s a beautiful piece that offers insight into a feeling that we’ve all had at some point, but which is rarely talked about.

afraid of me – gobbinjr

gobbinjr is a quirky singer-songwriter out of New York. And if you’re curious, the lowercase spelling of her song and stage name are indeed on purpose.

Much of her music examines depression, anxiety, drugs, and work, all while being set to upbeat and shimmery melodies that sound like they’ve been plucked from a 1950s musical.

afraid of me is about feeling hesitance from your romantic partner. Maybe they’ve been scared off by specific personality quirks, or maybe they’re just not ready to enter another relationship.

And while the song doesn’t offer a practical solution to the situation, it does provide relief to anyone who has found themselves in a similar position.

It’s a fun little tune that has plenty to say about what it’s like to live with anxiety and other mental disorders. There are simply times when they get in the way of just enjoying life.

Baby I Love You – The Yayhoos

I’ll just go ahead and say it right now: this is a great song. It’s also a bit of a strange song.

I first came across it when watching the James Gunn movie, Slither, which tells the story of a small town’s efforts to fend off a parasitic alien monster that enters the body of its hosts and controls their actions.

This song closes the movie, and it fits the overall tone of the film perfectly.

Based on the title, you might be thinking that this is just another pop song about falling in love with someone else. It certainly doesn’t imply any real negative feelings right away.

Similarly, the instrumental elements and melody are right in line with those of typical love songs.

But the song’s most famous line is:

Clearly, this is a song about recognizing some of the major problems that can arise, even when first falling in love with someone else.

While songs about fear of falling in love has not been much of a hit overall in the music industry, many artists have explored this particular topic when composing their latest hits. This is because of the many changes in society and the influence it has on most people.

Right now, we are so much more dependent on technology – we use it for research, keeping in contact with other people, and even as much as placing online orders for food and drinks. Likewise, we see many things online, including updates of other peoples’ lives, the best vacation spots, and a regular dose of quotes and stories about love.

This is what has made our world toxic – because of our exposure to the lives of others and what’s happening with them, we tend to reflect with ourselves and decide that we should be this and that. Also, when others experience a downfall, we also get scared that this might happen to us.

The same thing speaks for love itself. Because of the many things we see online, we get scared and relate better to what society gives us – may it be a short article, a quote, or music that has been released by renowned artists.