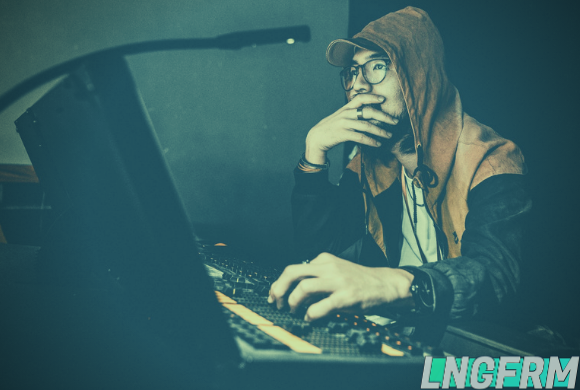 Here in the age of content creation, it’s easier than ever before to find your way into a job where you can create music on a daily basis. However, with the sheer number of options out there right now, finding the songwriting job that’s right for you can be a real challenge.

If you’ve already had experience writing music across a wide variety of genres, then you’ll have a much easier time grabbing the attention of hiring managers and staffing professionals.

If you’re just out of school, there are still plenty of ways to find music-related work, but it might be an uphill battle for a while.

But don’t worry, we’re here to help. We don’t have the time or the space to discuss the dozens of different songwriting jobs in the music industry, but we will walk you through several major job types that musicians can pursue, regardless of skill level and prior experience. 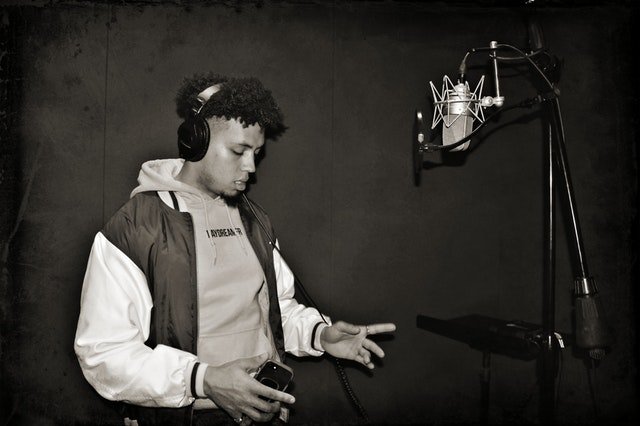 Just keep in mind that you should always be honest about your abilities before taking on an assignment or permanent job placement.

To help us along the way, we called up Oscar Neidhardt, a professional songwriter and artist based in Los Angeles. In addition to writing tracks for a number of successful artists and brands, Neidhardt also performs with indie rock outfit Lightcliffe.

Neidhardt has worked every one of the songwriting jobs listed below, so he’ll be chiming in with notes and comments regarding his own experiences in the music industry.

Finding a point of entry

‘The hardest part is starting.’

This old saying applies to every kind of artistic work, whether it’s one of your own projects or your career as a whole.

The music industry, in particular, is especially intimidating and monolithic. Even mentioning it brings back memories of episodes of ‘Behind the Music’ and the many artists who have struggled to navigate its muddy waters.

For young songwriters, it can seem nearly impossible to create a successful music career from scratch.

Don’t get us wrong, it’s difficult, but it’s also far from impossible.

Regardless of your genre and personal preferences, it all starts with your craft. Your number one priority needs to be improving your own skills and refining your techniques.

If you don’t already have a DAW, get one as soon as possible. Even if you prefer writing on and recording with physical instruments, you’ll need to be an expert on the digital side of contemporary recording and mixing, and that takes time.

Neidhardt reflected on his own journey to increase his skill level in production.

“After four years in Brighton and graduating from university with a degree in Music Production, I decided to quit my band, pack up my things and move to London. This is also when I decided to fully commit myself to becoming a professional songwriter and producer. I locked myself away in my home studio night and day and worked on perfecting my craft. It was all about trial-and-error and the exchange of experience with other writers and producers, as well as having a personal critical reflection. That’s very important.”

Having played in bands with his brother as a teenager, he recognized the need to take some time alone to better understand his own musical voice.

At first, there was a lot of listening to other artists, trying to unpack their recording and mixing techniques. 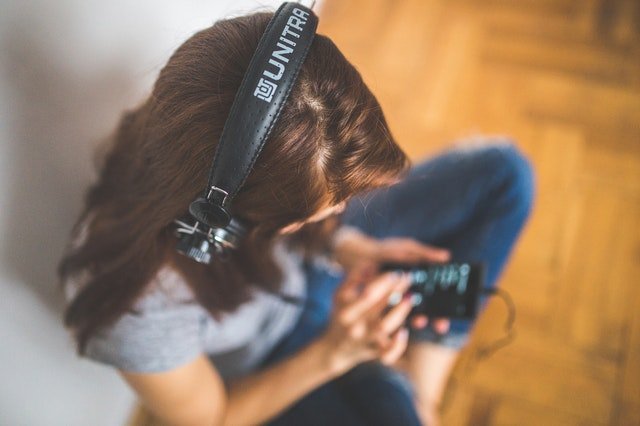 Turns out this is the common starting ground for all professional musicians: loving and listening to music, trying to learn from it.

Another big leap forward for Neidhardt was finding other artists to collaborate with, often by attending local shows and talking to performers.

We highly recommend taking a similar approach in the early days of your music career as well. If you happen to be in music school, this shouldn’t be too difficult.

You’ll learn a lot from other musicians, and even better, you’ll be creating contacts that could come in handy many years from now.

Yes, the music industry is big, but not quite as big as you might think. You could very well end up working with these same people on countless jobs in the future, especially if you’re all based in the same city.

Writing songs for other artists

Now we come to the first major songwriting job in the music industry today: writing songs that other artists will record and perform.

In fact, this is one of the oldest jobs in the music industry, dating (at least) back to the days of Big Band jazz and blues. Performers and songwriters were almost always separate.

The days of Tin Pan Alley are long gone, but there’s still a huge market for talented songwriters to create hit songs.

In fact, many American pop stars owe part of their success to talented Swedish songwriters.

Sadly, there are many up-and-coming musicians who don’t like the idea of someone else performing their work, but the benefits far outweigh the egotistical hangups.

For one, songwriting is steady work. Many labels like to have a large pool of songwriters for their artists, and once you make a good impression, you’ll be more likely to earn more and more assignments or be recommended to other artists and other labels.

From an artistic standpoint, writing songs for others gives you the opportunity to stretch your legs a bit, so to speak. You can write for different genres and styles, and the collaborative aspect of this job allows for edits and innovations that you might never have thought of by yourself.

To help prepare you for the possibilities of songwriting for other artists, Neidhardt described just how flexible this job can be.

“Songwriting can take on many different shapes and forms, especially when writing for another artist. Sometimes the artists themselves will take part in the session and will want to be in the room with you, and that’s probably the best-case scenario. I personally appreciate when the artist is being picky about the most meticulous details. The most important thing is to listen attentively to what any artist or collaborator has to say.”

This highlights another exciting aspect of the work, which is the challenge of translating someone else’s emotions and thoughts into music, rather than your own.

If you can successfully create a heartfelt song based around someone else’s feelings, you can certainly call yourself a skilled professional songwriter on your resume.

This is probably the job that most people envision when they think of professional musicians. As far as the public is concerned, performing artists are the music industry.

This certainly isn’t accurate, but it’s easy to understand why onstage performance appeals to musicians and civilians alike. 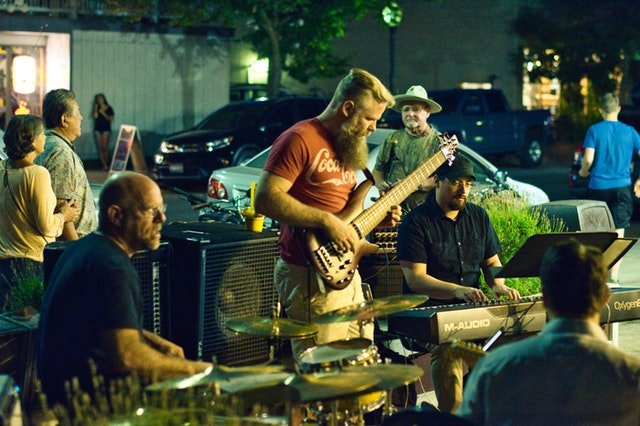 There’s nothing quite like going up on stage and sharing your music with a live audience.

The difficulty is in getting to that point. When promoting your own music, you’ll be on your own in the beginning. Don’t expect to sell out arenas right away. You’ll be playing open mics and local shows until you’re able to expand your audience.

That said, the rush is undeniable. Neidhardt has always enjoyed live performance, and thanks to the success of Lightcliffe, he plans to record and perform with the group for many years to come.

“There are so many aspects of playing in a band that are so different from being a songwriter and producing for another artist. What I love so much about being in Lightcliffe is that I get to write music with my best friends and then perform it live. That feeling really is irreplaceable, I love the adrenaline rush I get from it, I love the workout, and I love the mental space it creates. It’s one of the rare moments where I just forget about everything else and totally live in the moment.”

The bright side here is that if you really love performing, you can still perform part-time while working other jobs in the music industry.

But it’s essential to remember that you will quickly run out of free time. Keep this in mind while pursuing a lifestyle that revolves around the stage.

Marketing campaigns of all sorts place a great deal of importance on the music included in those campaigns, and for very good reason.

A song can define an entire brand or help launch a new product line or service.

‘Are You Gonna Be My Girl’

These songs have all become closely associated with their accompanying advertisements for Coca-Cola, United Airlines, and Apple, respectively.

Music can change someone’s mood in just a few seconds, and this is a powerful tool for advertisers.

Some may consider writing ad music as “selling out,” but just about every great musician has done just that at some point in their career.

There’s no shame in getting paid, and creating marketing music gives you the chance to reach a much wider audience with your work.

When it comes to the ups and downs and commissioned songwriting, Neidhardt is an old pro. He briefly explained that commercial work can be creatively limiting, but that it still has its advantages.

“Writing and producing music for brands is a totally different process from writing for artists. In terms of creative expression, it’s a little too limiting for my taste and therefore also less satisfying and fulfilling. But it definitely also has a lot of advantages. When composing music for brands, the brief is usually very clear. The goal here is to satisfy the client at any cost.”

There’s not a lot of room for ego when writing music for a brand. Just remember that the customer is always right and the process will become much easier.

Trailer music has remained an incredibly vital aspect of marketing an upcoming release. Movie trailers have the potential to generate an unprecedented amount of online hype long before the movie itself hits theaters.

Neidhardt noted that most trailer music today tends to be either a complex orchestral piece written just for the trailer or a new arrangement of a popular song that fits the tone of the movie.

Perhaps the most challenging side of the process is simply meeting deadlines and completing revisions quickly:

“Generally speaking, the production of high-end trailer music is a very creative process that keeps offering new and exciting perspectives on how to approach a project. On the other hand, the turnaround is usually very fast, which has also taught me a lot about being efficient in my work as a composer and producer.”

This work is not for beginners or newcomers to the industry. There’s no time to learn on the job. You need to already have your skills intact and be able to accept criticism and corrections in a healthy and professional way.

If you’re successful, then your work could reach millions and millions of viewers. Neidhardt can tell you firsthand that, despite all that work, it’s worth it.