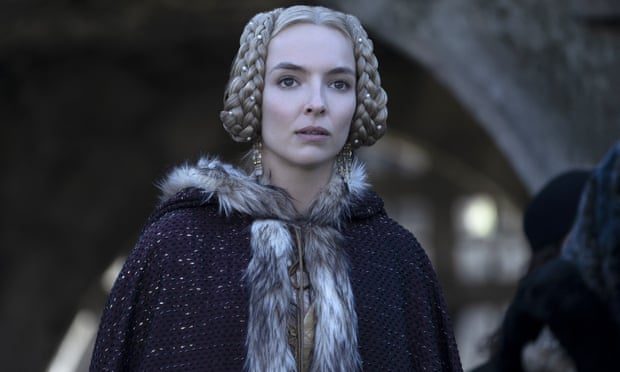 Based on a real incident and set in a 14th-century society of bluebloods obsessed with their own reputation for gallantry, nobility, and courtly love, here is a strange rape-revenge tale in which the rapists get to perform the revenging. Nicole Holofcener, Matt Damon, and Ben Affleck co-wrote the film, which is directed by Ridley Scott at full throttle, with the same muscular power of his classic crowd-pleaser Gladiator.

The Last Duel got a chilly reception from reviewers when it premiered at the Venice Film Festival last month, possibly because of the subject being handled by alpha male actors. But, flaws and all, its old-fashioned movie-making vigor, as well as its brilliant, if overextended three-act Rashomon structure, presenting the same narrative from three distinct perspectives, largely without insisting on tricksy inconsistencies, demands attention.

This is a rape narrative that does not automatically extend the #MeToo prerogative of victim-belief to the complainant, instead telling us the story as related by the victim’s husband, the perpetrator, and ultimately the victim herself in a he-said-he-said-she-said structure. However, a clever use of intertitles reveals which tale is true.

It is based on medieval literature expert Eric Jager’s best-selling book The Last Duel: A True Story of Trial by Combat in Medieval France, which recounted how, in 1386, Norman knight Jean de Carrouges demanded of King Charles VI the right to a fight-to-the-death with a certain Jacques Le Gris, with whom he was already in a bitter feud over land ownership and military preferment, and whom he now accused of raping

As the pretentious, chippy, and defensive Carrouges, Damon delivers one of his finest performances (if not the best of his career). His reputation is fading at court, and he is jealous of his frenemy and fellow soldier Le Gris, a preening, self-assured careerist and libertine portrayed by Adam Driver with feline flair.

Le Gris wheedles his way into the good graces of the reigning Count Pierre d’Alençon, who is portrayed by Affleck with blond hair (never a good sign). Alex Lawther portrays the monarch in a similar manner.

When Carrouges is knighted on the battlefield and marries the lovely Marguerite de Thibouville, portrayed by Jodie Comer, his happiness should be guaranteed. However, his inability to conceive a child for his wife, along with his acrimonious demeanor, breeds anger and hatred.

Then, after an ill-tempered visit to the Parisian court, he comes home to find his wife, enraged and wounded, telling him that Le Gris had raped her.

The incident is strangely missing from Carrouges’ perspective; from Marguerite’s perspective, it is a heinous and brutal act of hatred. But Le Gris’ point of view is really devious and repulsive: when the allegation is made public, Driver’s Le Gris is somber with self-pity, telling D’Alençon that of course the woman made chaste protests since that was required of her.

The event itself, as seen through the eyes of Le Gris, is a harrowing mix of worldly self-forgiveness and delusion: the medieval equivalent of smudged lines. D’Alençon assures his favorite that such “nuance” would be lost on the general audience, and advises him to adopt the nauseatingly familiar-sounding defense of “deny, deny, deny.”

After the incident, Marguerite’s husband becomes enraged and intensifies the experience in a horrifying, punishing display of his masculine superiority.

The problem is that, despite Comer’s excellent performance, the drama is centered on the males; the tripartite structure means Marguerite can only garner one-third of our attention – much less than the 50% she would obtain in a patriarchal court of public opinion. Although there is no question about how disgusting these masculine characters are, the script and directing are focused elsewhere.

Even yet, it’s a straightforward film with a strong sense of narrative.