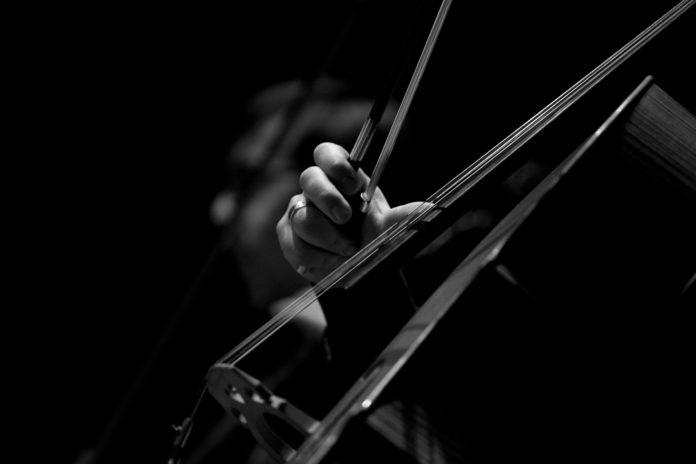 Arthur Russell was on the experimental scene in NYC back in the 70s and 80s. He was a cellist, mainly, and sadly one of the only reasons he managed a musical career in the first place was that he dated Allen Ginsberg for a while.

Don’t get me wrong, his work deserves attention outside of that pseudo-fame, but I have no misconceptions about how a select few experimental musicians manage to rise to any kind of prominence.

Even so, Russell didn’t get a lot of attention in his own time. He’s one of those cats, who died fairly young, and whose work was, for a long time, limited to the NYC art crowd, a frustrating subculture of seemingly random favoritism and extreme isolationism.

And at least for me, 1986’s ‘World of Echo’ is one of the only Russell records really worth checking out; a lot of the other stuff is sort of mismanaged attempts at contemporary pop.

But ‘Echo’ is something entirely its own. It almost sounds like the whole hour-long record was recorded in one long session. The instrumentation is bare bones: Russell playing his cello, which is then run through a reverb pedal.

That’s about it. On many of the recordings you can even hear him click the pedal on and off. In that vein, it almost has a similar vibe to modern-day bedroom pop.

‘World of Echo’ has a way of putting the listener in that same room, and keeping them there with a tracklist that mostly sounds like the same song, stretched on and on for the duration.

It’s inspiring in the best possible way. It convinces you that if you sit in a room long enough and try to make something, a message and tone will eventually emerge, almost subconsciously.

It’s an album of work music, or even better an album meant for casual couch cuddling after just having watched ‘2001: A Space Odyssey,’ and like that film, it feels completely at home in 2018.

I never thought I would relate so closely to the title character from Bob’s Burgers rule RE spending time with his dad: the 15-minute rule. He can spend 15 minutes with his dad at a time and then he’s out, for the sake of dodging snide, critical comments.

Turns out my limit is more like 18 hours. 18 hours of traffic and small talk and pointing at semi-interesting road signs and billboards before I start to wonder why it’s so difficult to maintain some kind of poise around my parents.

I’ve been building up my immunity for years with weekly one-hour phone calls where I come off as charming and put-together and somehow, finally, hip. I thought that feeling of reversion, that returning to childhood and the days of temper tantrums, was limited to visiting the family homestead, but apparently not.

Mom tried asking me about my generation, which just happens to be something I get asked about a lot, by relatives and a fog of media coverage. I have a few answers for questions like those, but then I run dry. And with the parents, there are so many things you don’t want to say.

For example, I got dangerously close to saying, ‘The things you want are not things that I want.’ It’s the crux of all generational disputes. ‘We grew up in different Americas and so we place value on different things.’

I did say that I didn’t feel like I knew any bona fide grownups who had a life I wanted, which is maybe the worst thing I’ve ever said to my parents, a team of very kind people who have been overly generous while I desperately try to build a writing career in a time where no one reads.

Kenny G: I Was Never Affected by Criticism and I Am...

‘He Was Passionate, Fully Candid, and Sharp as a Dagger,’ Says...

‘I Owe Therapy a Lot!’ Rita Moreno on Dating Brando and...