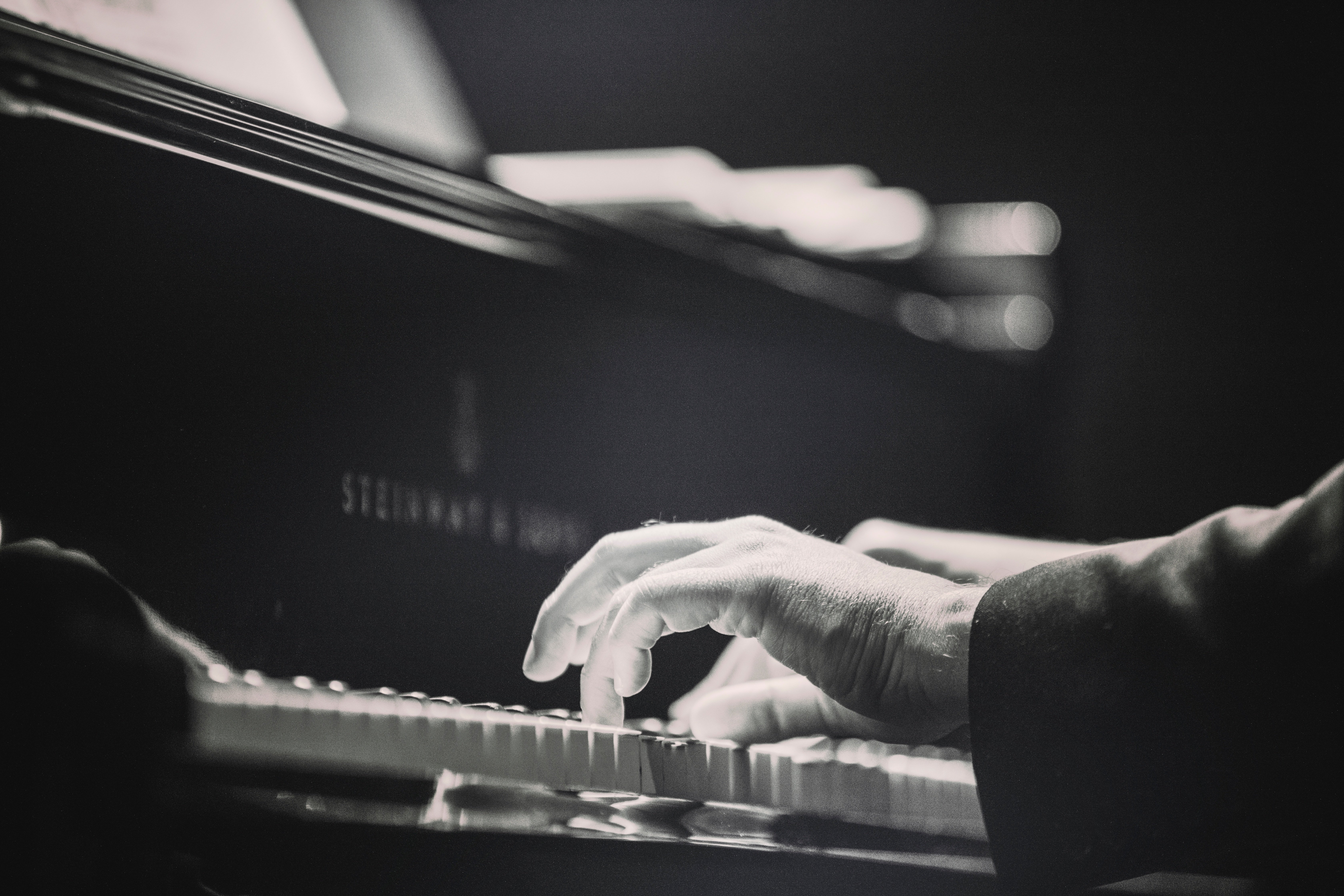 LNGFRM has a strange soft spot for jazz. And, shockingly, we’re not ashamed to say that. And it’s not about working toward justifying a collective superiority complex, although it may have started out that way.

‘Undercurrent,’ released in 1962, was a recommendation we received from countless musician friends and contacts. It’s like those certain movies that just won’t go away, even after you’ve decided against watching them, your ‘Pulp Fictions’ and ‘One Flew Over the Cuckoo’s Nest.’

And this album cannot be fairly compared to those movies in any respect other than its undeniable lovability.

‘Undercurrent’ is a cuddly album on the surface. It’s warm and it wants you to stay a while, but not in a creepy way so much as a thoroughly chilled-out offer of herbal tea and any other herbs you might happen to enjoy.

“Skating in Central Park” is the track that got me to sit down and listen through the whole thing, but it seems silly to elevate one song over another. I am tempted to say again and again that it’s just lovely. I would like to say it 50 times but it might look a bit too much like the ravings of a long-gone kind of person.

And yet somehow, SOMEHOW, the album flies far past the territory of soft jazz background music. It holds your attention with some kind of magic I haven’t been able to figure out yet, but rest assured that I am trying.

It’s a heated blanket for your brain, one that sets the stage for very big thoughts, one that proposes a whole lifestyle.

It’s not a lifestyle that I will ever be able to maintain, but it’s one that looks great from the outside, offering the possibility of calm and reasonable thought, even in the face of deeply troubling realities.

Stephen Hillenburg and What Died With Him

Stephen Hillenburg was the famed creator of ‘Spongebob Squarepants,’ an animated children’s show that made a tremendous splash upon its debut back in 1999. But we all know that.

We already have our own thoughts on what the show meant (or didn’t mean) to each of us. And the fact that the show was still running, is still running, even after his death gives us an opportunity to look at why it was successful, and how it has managed to stay loved by so many for so long.

Especially in the late 1990s, Nickelodeon was still a unique voice in children’s entertainment. A few shows they broadcast at the time included ‘The Angry Beavers,’ ‘Cousin Skeeter,’ and ‘Kablam!’

Hillenburg’s big start in animation was with the Nickelodeon show ‘Rocko’s Modern Life,’ a show that placed itself up there with ‘Ren and Stimpy’ when it came to inventive animation, absurdist plotlines, and, arguably, content better suited for adults than young children.

But above all else, shows like these allowed for strange artistic voices to drive the machine. The creators were driven to bring a specific vision into being, and as far as the suits were concerned, that would result in shows with feeling, shows that people, not just kids, would be drawn to because of how unique they were.

‘Spongebob Squarepants’ is not a work of fine art. Despite our series on what Spongebob had to say about adulthood, the show was goofy, sometimes inane, and every once in a while it slipped in a very grown-up joke, only to be uncovered as its audience aged.

In traditional sitcom fashion, the characters and situation largely remained the same. There were no long, complicated serial plots like we see nowadays in shows like ‘Adventure Time’ and ‘Steven Universe.’

It may have been largely devoid of real emotion and depth. But that’s ok. Ultimately, it was a show that was exactly what it wanted to be, and it gave voice to talented comedic minds whose work has aged surprisingly well almost 20 years on.

And for as much as we’ve learned to love entertainment that has real weight and that tackles difficult topics, I think we’ve forgotten the importance of shows like ‘Spongebob,’ that very genuinely just want to give us a break, 11 minutes at a time.

And here in 2018, I really hope I don’t need to make a case for how desperately we need a break, wherever we can find it.

Premiere: ‘Eyes in the Wild’ by Sea Fuzz

Kelly Sayer on the Need for More Female Audio Engineers

This is How to Be a Famous Dancer and a Successful...

The Mechanics of Dance and Performance, Featuring Brooke Barlow

Premiere: ‘Eyes in the Wild’ by Sea Fuzz

A Look at the History of DesignMCC w/ Maria Caterina Chiuchiarelli