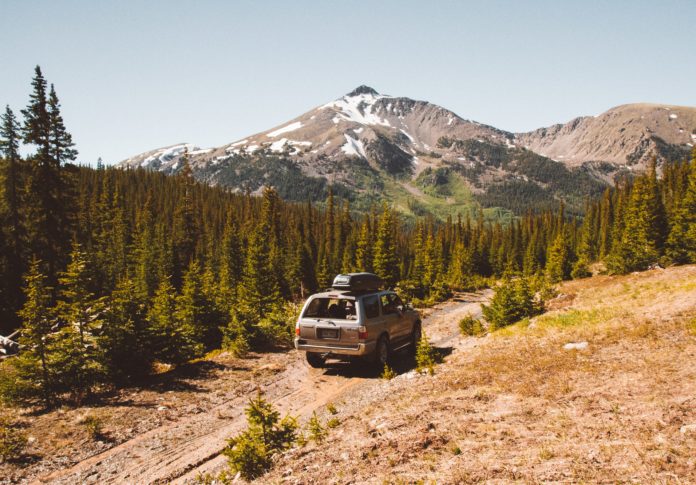 Like a lot of our readers, I grew up in a time when Hummers were still new, and still cool. I remember thinking they looked pretty neat. They looked fake, sure, but in an appealing way, like an outlandish Hot Wheels toy had been brought to life.

And I wanted to buy one, take it off-roading, wake slumbering squirrels and robins with the sounds of that engine.

My family didn’t have a Hummer. We had a 12-passenger Chevy Express. It was out of necessity, sort of. Big family. Six kids. Long road trips were only possible with the van. The van was the first car I learned how to drive. I bragged to my friends that it had a V8 engine, despite not really knowing what that meant.

But on the whole, the situation was pretty common. The families of all my suburban friends had at least one SUV. Some of them were used for hauling, some stayed clean and largely empty.

On a psychological level, it makes a lot of sense. Humans like to feel safe from the Other, just in general. Americans in particular were not feeling safe at the time, in the aftermath of whichever U.S. disaster you wanted to pick: 9/11, the Iraq War, Bush staying in power, Hurricane Katrina.

And since we often look to solve our emotional problems by buying something, SUVs and crossovers were a perfect fit.

What baffles me now is the extent to which SUVs and other very large, impractical vehicles have remained popular in just about every tax bracket. From Chevys to Range Rovers, we have not at all lost our interest in feeling safe, and big, and domineering.

And far be it from me to say that owners of these big burly cars are dumb, or uninformed, or somehow less aware. (In fact, if I could find a Kia Soul for a decent price I would buy that thing up in a hot minute.) A purchase like this has valid reasoning behind it.

It’s just that I figured we’d have moved past it by now. We know how impractical they are, and how much they cost to gas up, and how we’re running out of time to salvage what’s left of the environment, but we keep buying them.

The only positive is that we can see it as a sampling of our national emotional health. We haven’t gotten any better, we don’t feel safe, and we aren’t ready to sacrifice our comfort or our image for the benefit of society, or the world as a whole.

We’ve been told for years that we’re living through the golden age of television writing, but Netflix’s ‘Bojack Horseman’ is one of the only shows that makes me believe it.

On the one hand there’s the subject matter. Back in 2014, when the show first aired, the onscreen discussion of depression, substance abuse, and lifelong regret was still somewhat novel. And even ‘Bojack’ didn’t really know what it wanted to be. And it really only teased those heavy-hitting subjects.

Nowadays, ‘Bojack Horseman’ knows why people are watching, and it seems to know pretty well what its viewers need to hear.

The show has gotten better and better at absorbing current events, especially when it involves the quirks and crimes of Hollywood.

And while that commentary has typically been relegated to just a couple episodes per season, season 5 takes #metoo and threads it all the way through, eventually examining itself, and the potentially problematic influence of the show on its viewers.

Does portraying toxic, selfish behavior encourage the rationalization of that behavior, or does it offer an opportunity for self-reflection?

But that’s all just the surface material. It’s brave and significant, but if ‘Bojack’ hadn’t tackled these subjects, some other show would have. The second half of the equation is the execution.

It’s a wonder that a show with such a unique sense of farcical humor can turn on a dime and talk to its audience about the things that make all of us worried and afraid, that make us feel like children despite our successes and changes and moments of persistence. When ‘Bojack’ speaks, it speaks honestly, and, more importantly, it gives us a chance to listen.

Its characters contain multitudes, and in them we see the good, the bad, and the secret shame that we know is inside of us as well. It’s a form of therapy you can turn on any time of the day or night, an opportunity to look at yourself and plan some changes. Somehow, I just don’t get the same kind of value from ‘Young Sheldon.’