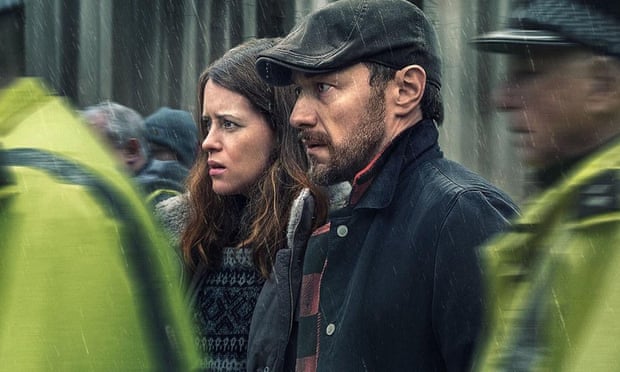 The pandemic has introduced us to a brave new world of cinematic experiences: a seance horror on Zoom, Anne Hathaway attempting to rob Harrods, Naomi Watts taking phone calls in the woods, films that have demonstrated either admirable ingenuity during an impossible period or that it’s perfectly fine, if not better, to just put your tools down and bake banana bread instead.

The bulk of them have been awful (with the exception of laptop horror Host), but they’ve all been intriguing, shambolic curios that live and die in this strange period of time, never to be seen or thought about again. None of them, however, have quite equaled the sheer bizarreness of My Son, a film you’ve probably never heard of because *whispers* they don’t want you to know it exists.

But why is a thriller starring James McAvoy and Claire Foy being classified as hazardous waste?

To comprehend its strange descent into the sewer, one must first go back to 2017, when the French thriller Mon Garçon brought a new idea to a typical subgenre. Guillaume Canet was given just a six-page character description for the film and instructed to improvise his way through the well-known tale of a father searching for his kid.

Although other performers received a more full screenplay, Canet’s expertise was crucial to the film’s success. It was Taken, but what if the script had disappeared as well? The film was a small hit in France and got mixed-to-positive reviews when it was released in the United States, a risk that paid off enough for Christian Carion, the filmmaker, to want to do it again.

In October 2020, when filming was still feasible but risky, Carion announced a partnership with STX for an English-language remake set in Scotland, starring McAvoy as Canet and Foy as his ex-wife (a role portrayed by Mélanie Laurent in the original). According to those involved, the gimmick would stay, and McAvoy would have to freestyle his way from lost to found, a situation that would generate “real tension.”

Cut to nearly a year later, and the film is now available for three months on Peacock, NBC’s streaming service in the United States, before being offloaded onto the Roku channel, like a three-course dinner left on the ground for the raccoons.

Journalists were given screeners before being quickly rejected, so I boldly went on to Peacock and dug it out of the garbage myself, eager to follow and examine the foul odor. The trailer teases the gambit by referring to it as “a groundbreaking film-making achievement” (which has already been done) and McAvoy describing it as “an experience that no actor gets to have” (apart from Canet).

But one of the oddest things about a project full of unusual things is that the viewer isn’t made aware of this until later in the film, so the “groundbreaking” aspect will remain a mystery for most people who see it. For those who don’t know, it’s at least a plausible explanation for why the film is so awful, with its stilted, on-the-fly language and paper-thin narrative being excused by the fact that it’s all part of an improv class.

For McAvoy to solve the mystery, it must be kept as simple as possible, which makes sense for him as an actor, but it makes an already repetitive concept seem even more uselessly mechanical for us, the viewers. The film’s nature transforms it into an extremely unenjoyable computer game, with McAvoy playing a character that we would normally control, moving from place to location with actors providing clues that lead him to the next scene.

Even in the film’s worst moments, he’s never quite terrible, but taking on the job of scriptwriter is an understandable stretch, with every sentence either boringly perfunctory or hilariously sloppy (“Either he knows something or he’s criminally a fucking prick”) deserves a screengrab. As we go through the very boring motions of a very dull picture, My Son’s brash arrogance, which claims a feature-length thriller can basically be cobbled together out of thin air by an actor rather than one of those worthless writer people, inevitably collapses.

There isn’t a single revelation, scene, or line of conversation that is better than mediocre, and no amount of dramatic thriller music or magnificent Scottish landscape can mask the rot of a production that was doomed from the start.

It’s easy to see why McAvoy was drawn to it: it offered him an opportunity to stretch his acting muscles at a time when employment was scarce (he also co-starred with Sharon Horgan in Stephen Daldry’s quarantine comedy Together). However, the whole video puts the viewer’s experience at the bottom of the priority list, as if our pleasure is unimportant and we should be privileged to sit in on an indulgent and profoundly, punishingly boring acting lesson.

The picture doesn’t even have a how-bad-can-it-get train crash appeal – it’s much too dull for that – so its transition from the big screen to the streaming netherworld seems like a justifiable mercy killing.

There was a reason they didn’t want you to know about My Son. Please accept my apologies for informing you.