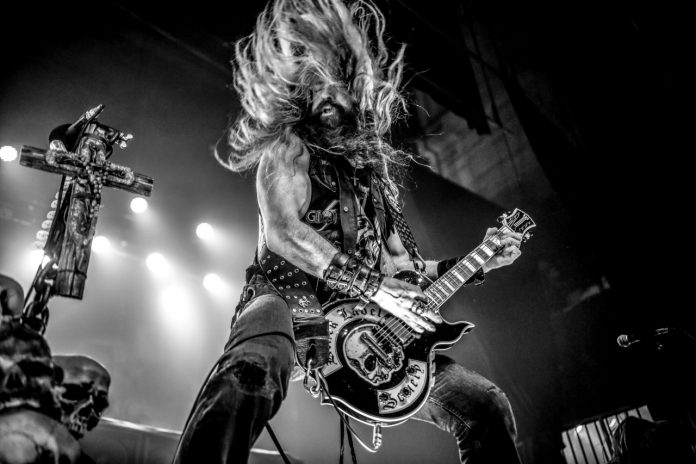 For those of us who are hooked on the magic of live performances (Yeah, actually, let’s do a quick headcount. Yep, that includes just about every living person.), concert photographers perform an essential function.

They capture some of the most memorable moments of a performance and they do it all from the very front row.

It’s definitely a niche within the professional photography community, but for those who hear the call, it’s an inevitability.

Melanie Escombe is an expert in concert photography, and photography in general as well, but during our recent interview, we chatted the most about shooting concerts.

Escombe has photographed some of the premiere acts of our time. If we listed them all we’d be here all day, but to give you an idea, her list includes acts like The Who, Manchester Orchestra, Tim Minchin, Steve Vai, Seal, Depeche Mode, Paramore, Greta Van Fleet, Black Label Society, Dweezil Zappa, and ok, we should probably stop there.

Escombe was kind enough to offer tips and insights into her own approach to photographing concerts, and, well, we may as well admit that this is a bit of a weird time for live shows, since there aren’t any at all right now.

But don’t you worry, Escombe also talked to us about the current concert drought and how all of us can help musicians, venues, and concert photographers make it through this uniquely strange time.

How often do you change the type of gear you bring to a concert? Have you settled on a consistent setup?

Do you think it’s a problem when performers are paying attention to photographers? Does it make the photos feel less natural, in your opinion?

Escombe: I can’t say from my experience that it has ever been a problem. Even though it’s pretty hard to miss 20 plus lenses being pointed at you, I have rarely seen a performer pay a huge amount of attention to the photographers for prolonged periods of time.

They’re there to entertain the audience, not us. Typically a performer only ever interacts briefly with a photographer, and some will ham it up with an exaggerated gesture or facial expression.

When that happens it usually makes for a fun shot and an exciting interaction for the photographer, but those moments are so fleeting.

I guess you can say that might not be as natural as shots taken when the performer isn’t aware of you, but it’s all part of a show.

My preference is to try and be as invisible as possible to hopefully capture a more unique moment, but on the odd occasion I have been noticed by a performer it has resulted in some of my favorite and most comical shots. Kurt Morgan, the bass player for Dweezil Zappa is definitely the master of great faces for photographers.

What was one of the most difficult shows you ever shot?

Escombe: The most difficult was probably Nick Cave. For whatever reason, we photographers were not allowed to stand in front of the stage and were split into two groups and held at the very far edges of the stage on the left and right.

This drastically cut off all the angles we could photograph from and made moving around impossible. From my position, I was no longer able to see the band and could only see Nick if he moved to the very front of the stage.

It was a very uncomfortable and frustrating experience, and I wasn’t happy with my shots at all, but I would gladly do that all again, since Nick Cave and the Bad Seeds are phenomenal live.

Do performances ever distract you from photographing, or is that only a problem for rookies?

Escombe: Rookie or not, if you love the band you’re going to photograph there’ll always be a slight temptation to lower your lens and watch as a fan, but if you’ve made it into the pit, it’s unlikely you’d be distracted, you’re there to work.

Typically on assignment, you are only given the first three songs of a band to photograph. When that’s the case your camera is glued to your face for every second of those songs. Depending on the nature of that song having the camera up can actually enhance your experience of the performance, you get to see the emotion of a performer up close and really feel every moment.

Do you tend to retouch concert photos?

Escombe: I never retouch concert photos, in the sense of say smoothing out a performer’s wrinkles, or adjusting any aspect of their physical appearance.

Retouching in that sense is more for fashion magazines, live music photography tends to be warts and all.

I do however make minor editing adjustments when I’m shooting for a magazine such as light balance or vibrancy. The deadline to submit your work after a performance simply doesn’t allow time for any heavy alterations, however in my spare time I have used Photoshop to create a more artistic feel to some images.

What’s the most exciting aspect of photographing performances?

Escombe: The most exciting part for me is that magical moment when the lights go down and you hear the roar and cheer of the crowd behind you as the artists step on stage.

The atmosphere is always electric in that moment and it never fails to give me goosebumps.  There’s also the rush of trying to capture that perfect shot that the artist and fans will love.

How do you feel your approach has changed since you first started capturing live performances?

Escombe: Hmmm, I don’t think my approach has changed too much. I’m definitely less trigger happy than when I first picked up my camera, and I’ve learned a lot of valuable tips and tricks along the way from other photographers.

But the way I shoot remains much the same. I approach each gig hoping to capture the magic, spectacle, and emotion of a performance in a way that does justice for the artists and fans.

Are there any artists you’d love to photograph in the future?

Escombe: Right now I’d just like there to be a “future”. Concert photographers are just one of the many groups of people who have lost their work in the industry for the foreseeable future.

Whilst I have the luxury of temporarily branching out into other photography avenues, many in the music industry don’t have the option to suddenly switch their careers, nor would they ever want to.

They are the people who make the magic happen. There is no show for you to enjoy or for me to shoot without them. I would urge any lover of live music to check out Crew Nation and learn how they can help support the industry workers, artists, and venues whilst we are all on pause. 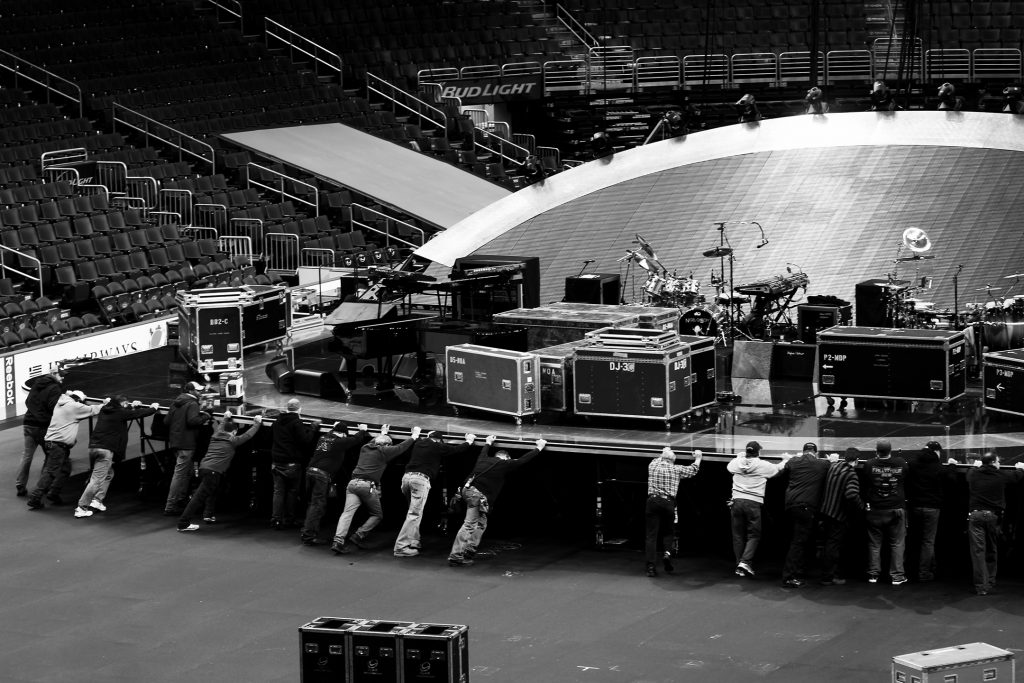