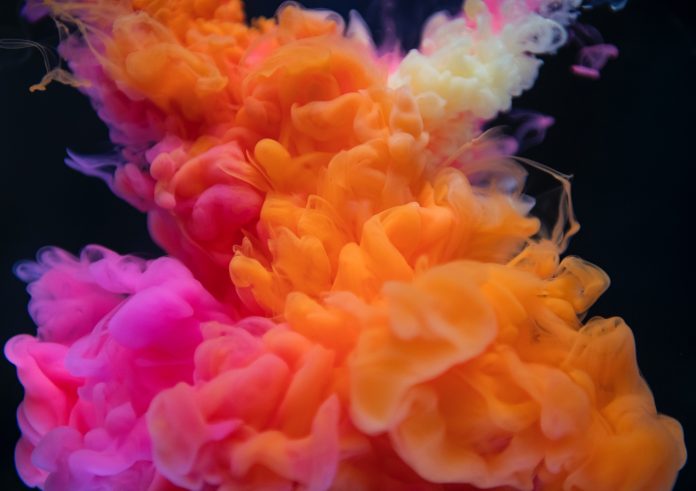 Adventure Time is dead, long live Adventure Time. The series may be over, but that won’t stop us from going back through the show with a fine-tooth comb to find our favorite trippy Adventure Time episodes.

And don’t worry, there are plenty of them, so many in fact that we had to narrow the list down to just seven.

Let’s not forget that when the show first hit the airwaves, its massive popularity was largely due to its reputation for being strange and unwieldy.

This also just happens to be why it found such a large following among grown-ups who otherwise would not be watching Cartoon Network.

And sure, it also had a lot to do with the symbolic significance of characters and plotlines, all of which were easily applicable to adult life, but we don’t have enough room in this article to get into all that.

If you’re looking for some movie recommendations instead, we recommend this article.

Finn gets bored while the sky rains down knives. He enters a massive pillow fort and finds himself in another world, one where he lives out a separate lifetime in the space of just a few minutes back in Ooo.

He marries, has a family, and never stops searching for a portal back home, all while Jake casually hangs out with B-MO and talks about a watered-down version of Buddhist philosophy.

Here’s a fun fact: this episode is very clearly based on an episode of Star Trek: The Next Generation in which Captain Picard finds himself living a separate life in a world that was destroyed long ago.

This episode is also the first appearance of GOLB, a death spirit that Finn passes as he dies in the pillow world. This character returns in the final episodes of the show.

How many children’s shows bother to talk about astral projection? Not a whole lot.

But Adventure Time did in the episode called Astral Plane, in which a spirit version of Finn floats around Ooo at night, visiting a slew of characters when they think they’re alone.

He uses the opportunity to ponder sadness, birth, and the search for meaning.

Can we all just take a moment to appreciate the fact that this happened in a television show, here in the real world?

The Graybles episodes of Adventure Time features Cuber, a space-dwelling character from the future who inexplicably has access to video records of the Adventure Time characters as they go about their daily lives.

(Side note: Cuber is voiced by the great Emo Philips, whose stand-up is very good.)

But in this episode, Cuber finds himself (herself?) stranded in Ooo, 1,000 years later than the show’s main timeline.

He accidentally interrupts a space wedding of Korean-speaking characters and has to use his Graybles to find tips on how to survive.

It’s a complex episode that comes off as effortless, and it’s surprisingly easy to follow. And that’s sort of a miracle in itself.

Oh boy, it’s this episode. I’ve been putting off writing about this one since it’s also one of the most emotional episodes on the list.

B-MO receives a visit from a robot who claims to be Moe, his creator, having transferred his consciousness into this new body. The robot tells him to travel to the MO factory, alone.

B-MO does what he’s told, only to find that the factory is a trap. All the other MOs have been compressed into a single entity.

The rest of the plot contains a bunch of twists and turns that are best experienced first-hand. Instead of going over those in detail, let’s talk about the ending, where B-MO has to sit down and come to terms with growing up.

It’s a beautiful exploration of learning to trust yourself while still being afraid of what the future will hold. It gives viewers a chance to think back on their own experiences, the times when they weren’t sure who they would become.

This is the episode where the show’s more serious plot started to kick in. An eternal comet threatens to collide with Ooo. Meanwhile, an ancient monster seeks to absorb its power in order to lord its control over the whole universe.

Finn sort of just gets wrapped up in the whole thing, not knowing exactly what to do, which is maybe the most believable portrayal of a hero in the Western canon.

And in the process, he is forced to confront all the other people and things that he’s ever been.

Just a reminder: this is a children’s show that was willing to talk about reincarnation.

Breezy is easily one of the most rewatchable episodes of the entire series. At this point in the show, Finn has lost his arm, and a flower has grown in its place.

Almost at random, he meets a large bee who’s determined to hang out with him just to spend more time with the flower.

It quickly becomes an uncomfortable, one-sided relationship, one which Finn has to sneak away from.

But don’t worry, by the end, his arm grows back thanks to some special honey, and we never see Breezy again.

Apart from being a trippy episode, I Remember You is also a highly emotional episode of Adventure Time.

This is the first time we get a look into Ice King’s and Marceline’s past. It’s an episode about memory and, more importantly, memory loss.

In fact, many adult viewers have interpreted this episode as a metaphor for Alzheimer’s and the frustration of witnessing the degeneration of a loved one’s mind. Yeah, if you want something a little lighter, stick to The Office.

But on a surface level, it’s a sweet little episode that reminds us how important it is to stay close to the people we love.

We should also mention that this episode has some pretty fantastic songs, especially in the form of the title song, I Remember You, where Marceline sings Simon’s own words back to him, words he doesn’t remember anymore.

Get The Complete Collection

This includes every single episode of Adventure Time (238!), so you can watch all of the episodes on this list.

Plus, it includes a beautiful centerpiece and a bonus disc with exclusive content.

Adventure Time has become a big part of most people’s lives. It has allowed them to remember their childhood while, at the same time, appreciating the life they have now as adults.

When we were young, we were barely warned that life will offer more than just rainbows and butterflies – who knew we would have to face income issues, tax problems, family-related downfalls, breakups, and other painful experiences, right? This particular cartoon TV series opened our eyes to that.

The huge fascination people have with this series is incomparable as it speaks to many people about life and its possibilities. It is mostly popular among adults because of that, and it has taught many valuable lessons other people can bring with them every day.

While this series might feel trippy at times, it knows how to play with our emotions and knock on feelings we’ve been pushing down for so long. Just when you thought you were simply enjoying a cartoon show, you realize they just put you in a daze and a long walk back to memory lane.

If you want the same experience others have been feeling with this cartoon, you need to be prepared for what it has to offer. It’s a fun and eye-opening experience.