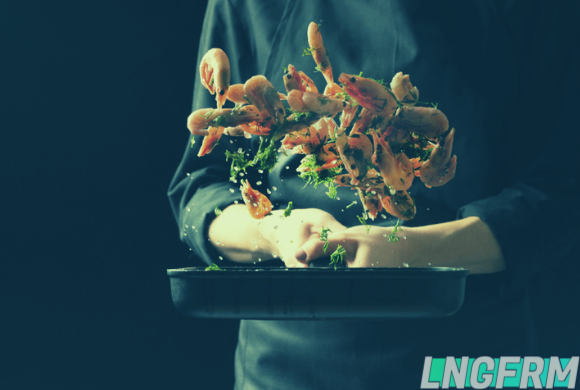 We’ve all watched the movies, we’ve watched the cooking competition shows and how-to videos. As a result, many of us casual home cooks think we have a pretty good grasp of how professional kitchens work.

But in reality, these kinds of shows and movies really only scratch the surface of what goes on behind the scenes in the world’s best restaurants.

There are lots of different types of culinary jobs out there, even just within a single restaurant kitchen.

If you’ve been curious about what exactly those different jobs entail, then you’re in the right place.

We’re going to take a look at some of the most important roles present in every professional kitchen, with the help of a culinary pro who works right here in the city at Jungsik, a celebrated modern Korean restaurant over on Harrison Street in Tribeca.

Suyoung Park, originally from South Korea, has worked in several different high-end restaurants around the world, as a Line Cook and Sous Chef– an impressive feat for such a young culinary professional.

Park will be our guide to the ins and outs of professional kitchens. Whether you’re a curious casual cook or an aspiring chef, you’ll learn much about how kitchens function and the challenges that arise when you dedicate your life to creating great food.

A breakdown of the kitchen

Ok, let’s start out by discussing a basic breakdown of a professional kitchen and the culinary jobs that exist within it.

Chances are you’ve heard these terms before, especially if you’ve watched any amount of cooking media, but what does each term actually mean? What is each of these roles responsible for?

We’re going to go one by one down the line and talk about what each of these professionals does on any given day.

“The Executive Chef is usually the Chef and Owner, the person with all the ideas for the restaurant and the one calling all the shots.”

This one should be self-explanatory, to a certain extent. The Executive Chef is the idea person, the head honcho. However, though Executive Chefs are indeed chefs, they are not necessarily creating dishes in the kitchen every day. That’s what the rest of the team is for. 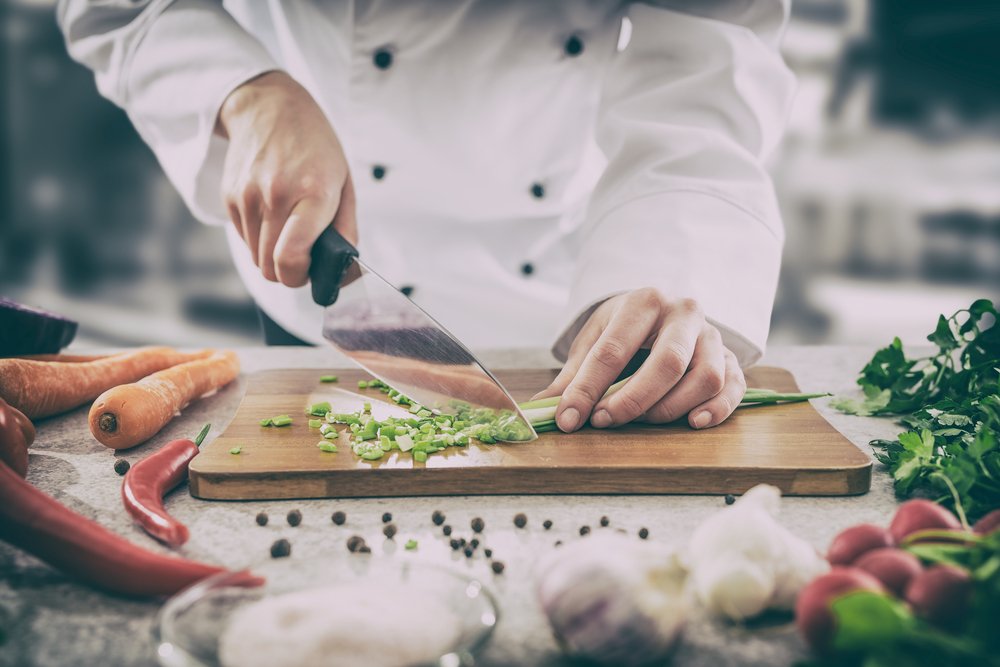 Instead, Executive Chefs experiment with new dishes, bringing the best of the bunch to the kitchen staff after a dish has been perfected.

Executive Chefs are also largely responsible for the big-picture creative direction of a restaurant, and what the brand represents.

It’s the Executive Chef’s job to have a vision, one that the rest of the culinary team carries out.

The Chef de Cuisine is a more hands-on chef, being directly involved with the daily operations of the kitchen. They will need to make sure that everything is running smoothly and that guests are satisfied with their dining experience.

We can think of the Chef de Cuisine as a kind of coach, keeping tabs on every last staff member and course-correcting when things start to go wrong.

“As a sous chef, you are in charge of guiding the team. You are constantly checking the quality of your cooks’ work, their dishes, how they could be doing their jobs better and more efficiently. Often the Executive Chef or the Chef de Cuisine will tell you what they want, or delegate tasks for you. You will also have some administrative work, like making schedules, inventory, and recipe writing.”

Sous Chefs are undoubtedly in the trenches alongside the troops. They are heavily involved with daily operations, and, as Park mentioned, also need to take care of non-cooking tasks that help the restaurant operate. 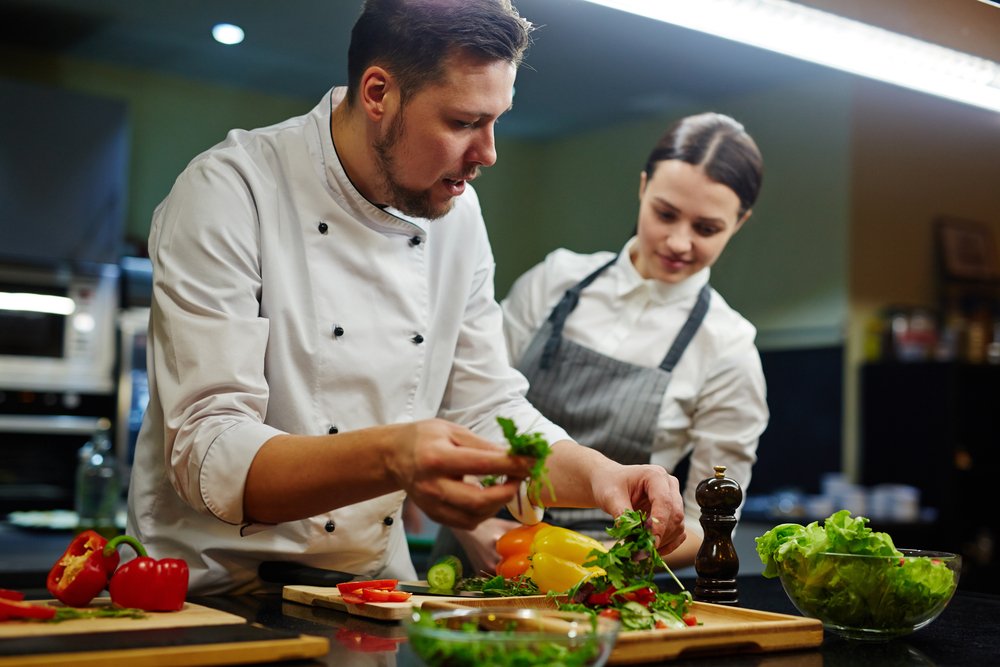 Also important to note here is that when the high-level chefs are not present in the kitchen or the restaurant, the Sous Chef is in charge, full stop. They take on all responsibilities associated with running the restaurant as a whole, temporarily.

Sous Chefs don’t have the luxury of specializing. They need to be jacks-of-all-trades, solving problems on the spot as they arise.

In many kitchens, working as a Sous Chef is the most stressful job you can have.

“As a line cook, your daily responsibilities are mostly about your station. All the appropriate prep needed for all the guests that service, the cooking of all the dishes on the station, the clean up afterward, a list of what’s needed for the next day. You will also have to work with your team every day and time all your dishes so they come up on the pass at the same time.”

Line Cooks can be compared to assembly line workers, to a certain degree. During any given shift, each line cook typically has a highly specialized task assigned to them, and they are expected to complete that task perfectly every single time.

For many, this role is an entry-point to professional kitchens. Line Cooks are essential to every kitchen, yet certainly don’t have the same clout as a Chef or Sous Chef.

Park put in her time as a Line Cook and has since ascended to the role of Sous Chef. But like many talented culinary professionals, she has her sights set on much larger goals.

She would love to become an Executive Chef someday, creating her own restaurant and culinary style from the ground up.

In the meantime, she looks to unique and visionary Chefs she’s worked with as sources of inspiration.

Her experience with the Jungsik brand in both Korea and NYC has kept her close to one of her favorite Chefs of all time.

“The Chef who has had the biggest influence on my career is Chef Jungsik Yim. When he started Jungsik, the creations were so new and innovative. Korean food needed that kind of update. Chef Yim also has an amazing palate. He travels all over the world and is influenced by many different cultures. This has shaped my philosophy on creating dishes and encouraged me to explore different cuisines.”

If you’re looking to become a chef yourself, don’t be afraid to find Chefs who inspire you, whether you know them personally or not. Their expertise and guidance will be invaluable to your own culinary journey.

It’s no secret that culinary work can be extremely demanding, especially when you’re involved directly with a high-end dining establishment.

In closing, we’d like to talk about the importance of finding some kind of work-life balance throughout your culinary career. 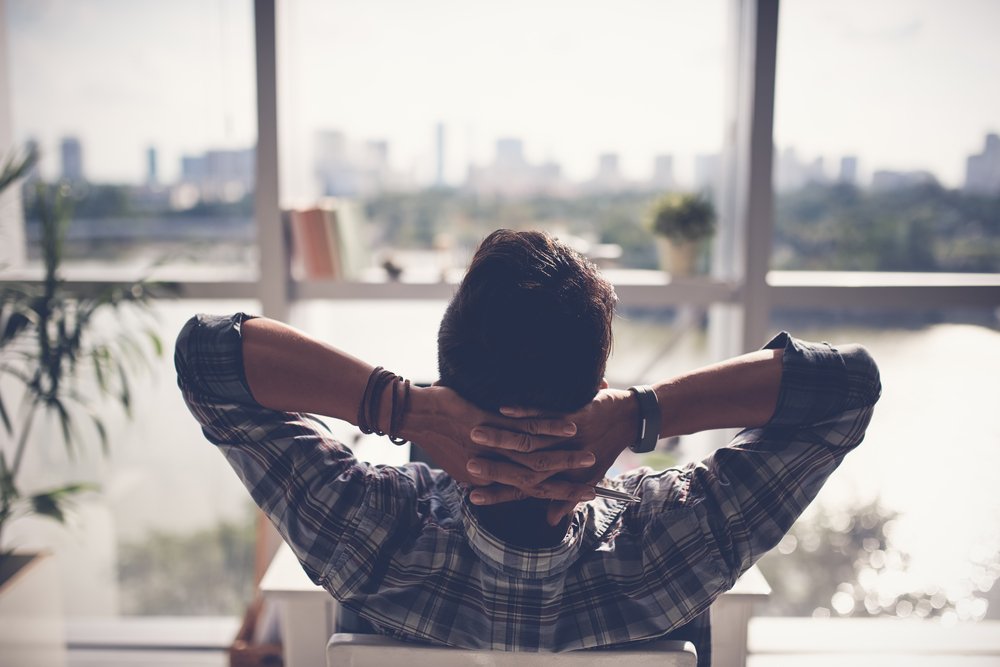 Yes, ambition and hard work are crucial to finding success in the competitive world of high-end dining, but burning out early helps no one and certainly doesn’t contribute positively to your career.

Park told us about her own efforts to keep a certain amount of distance between her work life and her broader love of food and cooking.

At home, she uses some of her favorite traditional dishes as a way to relax.

“I like to keep work and home separate. I never cook Jungsik dishes at home, I save that for when I’m at the restaurant. Personally, I love Korean comfort food. It makes me feel good and it’s not too difficult or time-consuming to make. Maybe a dwaengjang stew, Kimchi Chigae, or simple side dishes and rice. Although, my favorite food will always be Korean fried chicken.”

Recreating these homeland classics helps to remind her of why she became involved with the culinary arts in the first place.

It’s a source of genuine comfort, this appreciation for foods that she grew up with, foods that can be delicious and satisfying without being especially complex.

As you start working in professional kitchens, you’ll likely have the chance to fulfill several different roles over the course of your career.

Although many culinary professionals hope to become Chefs, Park included, this doesn’t mean that you need to share that desire.

It’s possible that you’ll enjoy being a Line Cook. Maybe you’ll move toward the role of General Manager after spending a few years in the kitchen.

The most important factor in finding your place in the culinary world is to ask yourself what you really enjoy, where you feel most at home. Don’t let the glitz and glamour of fancy cooking shows determine your own culinary goals.

There are many different kinds of culinary jobs, and only time and experience will tell which is best for you.