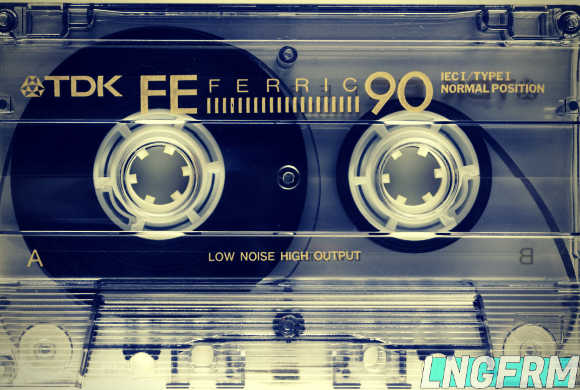 Cassette tapes enjoyed a nice long run as a practical and inexpensive audio format. We even made lots of cars that had built-in tape decks for convenient listening.

It also remains one of the smallest forms of audio-based physical media.

The major drawback, of course, is that cassette tapes don’t really allow for high-quality audio. Far from it.

Even worse, if played too many times, cassettes just wear down, fading the volume and even warping the tape itself, making the music essentially unlistenable.

And we don’t have to tell you that these days’ cassettes are just one of the most convenient ways to listen to or record audio.

So what do you do with old cassette tapes? Well, you’ll have to put your creativity to the test, but we’ve found a few different ideas that could be great options for anyone with a bit of free time.

If you have no real interest in keeping your old cassette tapes in your home, then there are a few different ways to get rid of them, potentially making some money in the process.

If you have tapes from artists who are still well-known, then you may want to post these tapes on an online marketplace, such as eBay or Craigslist.

After all, it’s important to remember that even though you may not be interested in tapes anymore, cassettes still have a significant following among enthusiasts and musicians. But we’ll talk more about that later. 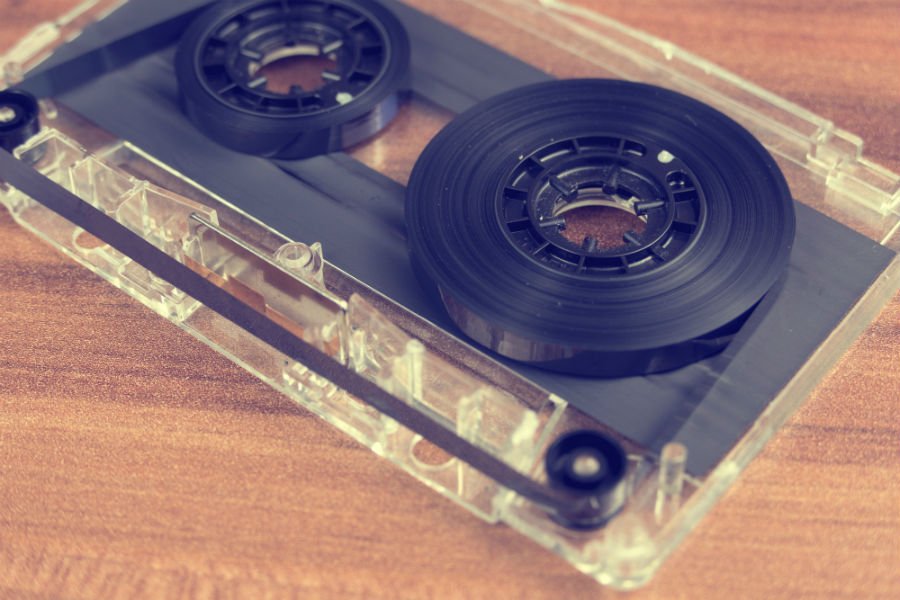 So if you don’t feel like taking the time to post tapes online and ship them to buyers, then you can simply donate your tapes to a local charity group.

Organizations like Goodwill and the Salvation Army often still accept cassettes, although it depends heavily on each location’s specific rules and guidelines.

Just pack them up in a small box and donate them to a nearby store. Your home will be a bit less cluttered and you won’t have to worry about those pesky tapes anymore.

Instead of getting rid of your tapes, you could try to rediscover the best aspects of the cassette format.

Tapes were one of the cheapest ways to listen to your favorite music at home. And, in contrast to vinyl and record players, it was possible to take your tapes on the go, using a battery-powered portable player anywhere you wanted.

Finding an inexpensive tape deck or boombox today is fairly easy. A few companies still manufacture these players, and there are plenty of older models that people are looking to get rid of.

And yes, it’s true that cassette audio quality is not great, but that can be part of its charm.

If you grew up with cassettes, then you probably remember how warm and friendly they sounded, even when they started to wear down. 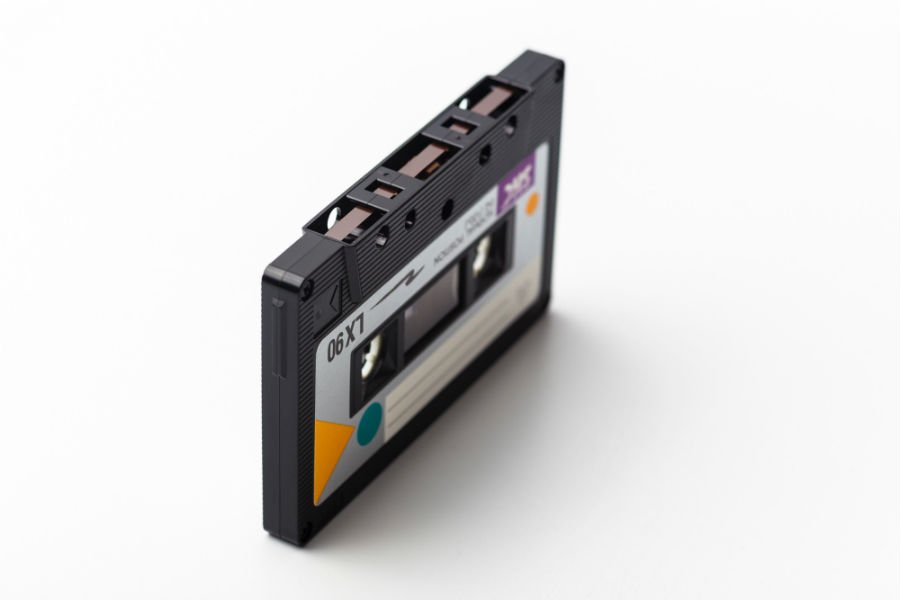 Seattle-based label Sub Pop, in particular, has taken it upon themselves to release very nice yellow cassettes, in addition to digital and vinyl releases.

So when you’re building your collection, you won’t be limited to albums and artists from 30 or 40 years ago.

Cassettes were also one of the first formats that allowed for the creation of personal recording devices and portable dictaphones.

These recorders used a standard-sized cassette or a microcassette to record audio from an onboard mic or a line-in port.

If you enjoy playing music or recording conversations and interviews, then you can use some of your old cassettes for recording.

If you simply record over the original audio, the only audio saved to the tape will be whatever you choose to record.

You can use and re-use a specific tape dozens of times before the tape quality starts to break down. 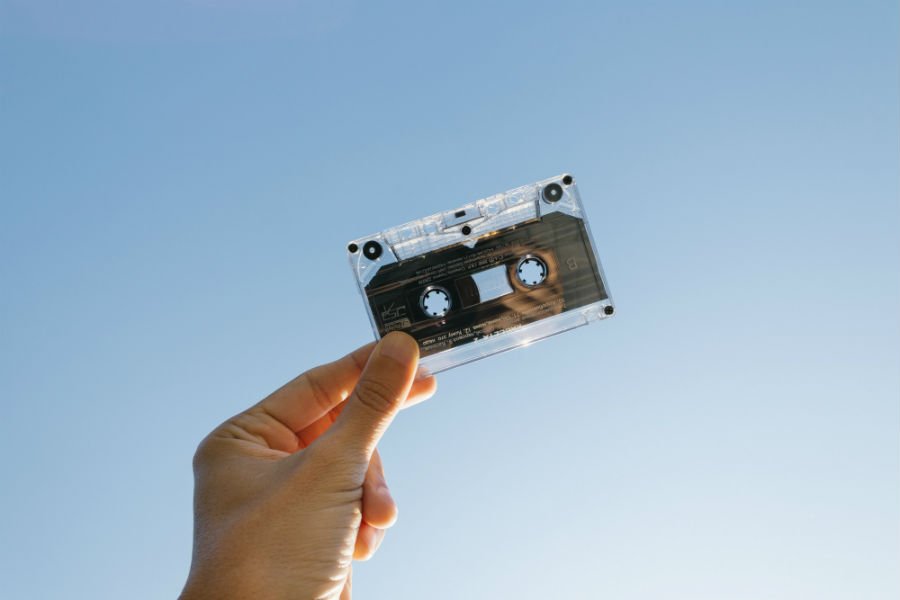 And if you’re a musician, then tape recorders can offer hours of fun and experimentation. Depending on the tape player you decide to use, you can alter pitch, playback speed, and the quality of the recording and adjust noise reduction.

The lo-fi sound definitely still has a large following, and incorporating cassette recordings into your work can help add some interesting musical textures.

Making Your Own Tape Loops

Cassette tapes are based on old reel-to-reel recorders, meaning they have two spools, and as they turn, the tape itself passes a head which can either read the information on the tape, write new information to it, or erase information.

If you manipulate the tape inside the cassette body, you can create your own tape loop that will play continuously.

When it comes to lo-fi sampling and music-making, tape loops can be incredibly useful.

Check out this great video on how to make a 5-second tape loop using only a screwdriver and some Scotch tape.

And if you’re really feeling artsy, you can even make your own destructive tape loops that will degrade more and more the longer they’re played.

This can be achieved by placing objects within the tape body that can cause friction. The information on the tape will slowly be shaved away. 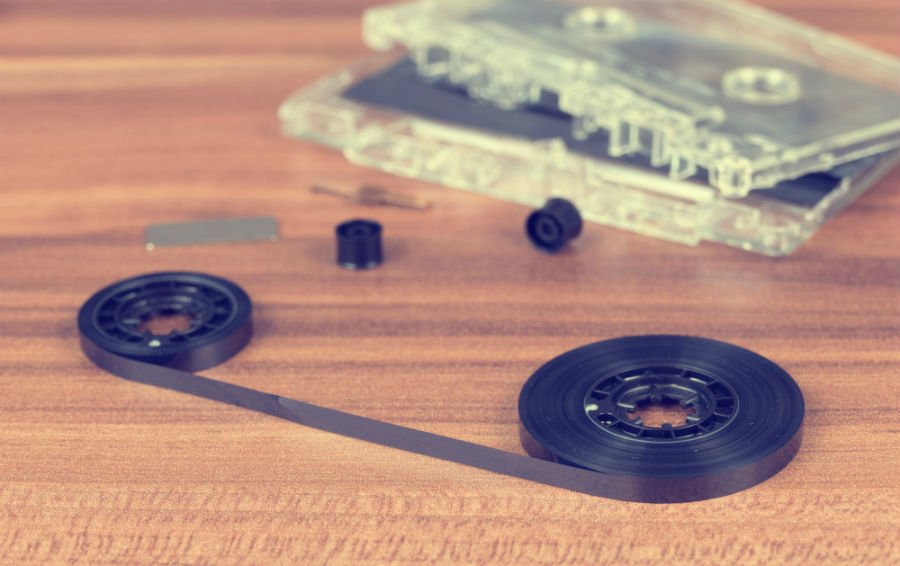 If the cassettes you already have are in poor condition and you don’t care to play them or record with them, then you can also make some cool designs and decor, making sure the cassettes don’t go to waste.

For example, you can make designs like these with your leftover cassette tapes, trailing the tape itself to make some visual art.

All you’ll need to do first is open the cassette body with a screwdriver, and unspool as much tape as you’d like to use.

You can also use your cassettes to create displays for your home. This helpful video from home-decor experts HGTV gives a few different ideas for projects that look great and are easy to pull off.

Paint the tapes and glue them to a canvas or attach tapes to each other to create inventive sculptures.

If you have a friend who’s a bit nostalgic, these can make for great gifts as well.

Cassette tapes, while they may be old, are very valuable. These are one of the first few devices that stored music for all to hear.

Cassette tapes have been available since our grandparents have been born, and it’s a wonderful way to look back at the past. Thus, it is important to provide value for this valuable object.

If you have a cassette player, you can continue making use of your tapes for a more aesthetic feel. Likewise, it is one way to better understand and feel the music and makes you more appreciative of the creations of past musicians.

Whatever your plans may be for cassette tapes, always be as creative as you can. As mentioned earlier, it can be a gift or memorabilia you can give other people.

Art is beautiful, and it allows you to express how you want and feel. Bring out your inner artist and show other people what you can do – may it be a painting, writing a song, or modernizing a cassette tape.

Always be open to new ideas, and explore new mediums to develop something new for yourself or others.