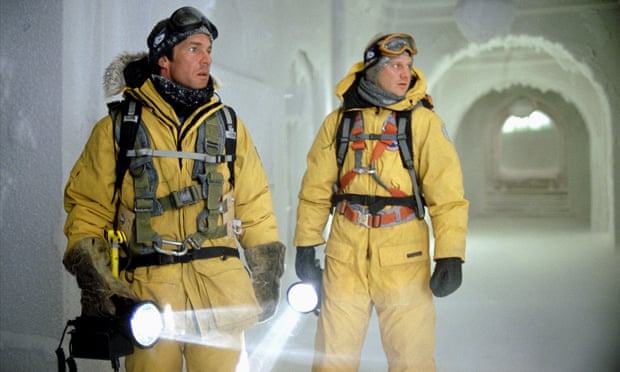 Given the events of the previous year and a half, you would think the dystopian catastrophe genre should be dead in the ditch – don’t we all, as Black Mirror’s Charlie Brooker has argued, need something cheerier to get us through the long, bitter winter?

If that’s the case, Roland Emmerich certainly missed the message. For the German director is back with Moonfall, a new thriller about the Earth’s impending collapse that revolves on inexplicable cataclysmic occurrences that seem to be tied to our sleeping satellite.

The new trailer for the film, which was released earlier this week, has a peculiar sensation of déjà vu. Stop me if you’ve heard this one before, but didn’t humanity’s home in 1996’s Independence Day also suffer from terrible catastrophes (caused by an extraterrestrial invasion)?

Isn’t this what happened in 2004’s The Day After Tomorrow (this time due to harsh weather)? Then there was Emmerich’s picture 2012, in which the disastrous events of that year were simply due to the fact that it was… well… 2012.

Is it possible that Emmerich has been transported to an old Twilight Zone episode, where he is imprisoned in the creative equivalent of a Möbius strip?

To be fair, throughout the last decade, he’s been on a quest to produce films that don’t all follow the same basic storyline, including the terrorism thriller White House Down, the gay rights drama Stonewall, and the battle drama Midway, to name a few.

Nobody buys tickets to watch an Emmerich picture unless they know there will be at least a few sequences of vehicles flipping over, world-famous American structures falling, and massive tsunamis. It’s no wonder, therefore, that he’s gone back to his first love: massive CGI mega-destruction.

The only issue is if he can come up with anything unique to blame for humanity’s impending extinction. The Moonfall trailer continues the sci-fi conspiracy theory nonsense that inspired Independence Day, in which it is revealed that Area 51 is really home to the bones of deceased extraterrestrials (presumably from an earlier scout mission preceding the later mass attack).

Perhaps it will be aliens again, since Donald Sutherland appears to believe something very funny was going on with the moon landings.

In any case, Emmerich looks to be doubling down on far-flung space nonsense: the moon appears to have been hollowed out and filled with amazing technology by unknown entities. (Then then, this is the person who claimed that the ancient Egyptians trained woolly mammoths to assist them in the construction of the pyramids around 10,000 BC.)

Has Amazon CEO Jeff Bezos disturbed the Earth’s gravitational pull by surreptitiously transferring all of his warehouses into space to avoid paying taxes? Is this some kind of 2001: A Space Odyssey-style revelation of impossible-to-believe alien technology right on our doorstep?

We won’t know until February, when Moonfall hits theaters – but let’s face it, based on previous Emmerich disaster films, we can probably predict the major plot points: the White House will almost certainly be blown up again (he’s also blown up the Statue of Liberty at least twice), there will be not-so-subtle criticism of US political and military supremacy, and the entire thing will contain more scientific inaccuracies than the average issue.

It wouldn’t be an Emmerich film if the writing wasn’t as ridiculous as a cheese-fueled moon launch. Nonetheless, this is a filmmaker whose films have grossed over $3 billion globally, making him the 15th highest-grossing director of all time. All of this says that we, the big popcorn-eating, movie-going people, are the ones who are stupid.