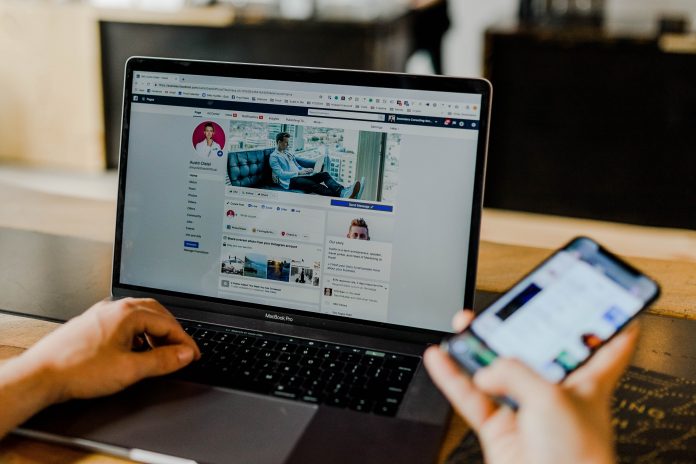 When you think about social media, you probably imagine your friends and what you see on Instagram and Snapchat.

You probably don’t picture a study from the University of Pittsburgh, done on 1,000 high school students, that found that:

So let’s start with these statistics While this study focused on teens, their data from a meta-analysis that sampled 3,700 participants across multiple studies indicates that social media use harms adolescents’ mental health, not good.

First of all, the use of social media by teens is pretty much flat, increasing by no more than 0.1% per year.

That is compared to Facebook’s 1.3% annual user growth in the first half of 2017. This shows that Facebook is not the only reason teenagers are glued to their phones and social media platforms.

That makes sense since they are constantly changing their behavior in response to Facebook’s updates.

When teens are immersed in social media, they only see the versions of the people they already know.

They don’t see the real versions, because they only come across the parts of the stories their friends post that they want to see, not the stuff everyone else posts.

If I post a vacation to the beach with a friend and a video of me doing the backstroke, a young viewer might be inspired to get a gym membership and learn to swim.

However, if the friend posts that he traveled to Mexico with his girlfriend, then the viewers won’t care.

This can be harmful because the personal stories people share on social media can bring people together in a different way.

This is different from superficial interactions, like the kind of interaction you might have when you are at work with a coworker.

When you talk about something that you actually care about with a friend or family member, you can form a closer bond. But when people talk about the positive side of social media, they usually point to how it brings people together or improves inter-personal relationships.

But here’s the thing. If you and your friend only communicate on Facebook or Snapchat, then you won’t form a strong bond.

You’ll just be communicating, and if the last time you spoke was during that roll-up, you’ll just be superficial friends.

You’ll see each other on the weekends, but the true bond will not be formed.

Then why would social media be bad for teens? As you can see, there is evidence that social media negatively affects young people.

The problem is, a lot of it isn’t about Facebook, it’s about technology in general. More than 80% of social media sites target teens, because that’s where the money is.

They need to keep young people interested and find the next generation of users.

To do so, they continuously pump out new features and allow users to post more personal stuff on their profiles.

We’re at the point now where the teens see these changes, so when they go onto social media, they’re not comparing themselves to their friends or the people they see on Snapchat.

Instead, they compare themselves to the people they see in real life.

This is one of the most important findings in this study Of course, the argument for more Snapchat and Instagram users might be that it brings more people closer together, or it provides a safer space to let kids be themselves.

But a teenager’s personality is not formed in a month, let alone when they are introduced to social media.

It’s developed through years of time spent together, at home and at school. They don’t share all of their ideas with their friends all of the time.

There are good and bad ideas that they simply choose not to share with their friends, like partying or drugs.

We know from research that there is a psychological term for how the brains of teens develop, called “eagle’s brain” or the “tiger’s brain.”

Teenagers who spend more time engaging with social media are more likely to have developed the “tiger’s brain.”

Teenagers have to reach for social media every time they have a difficult decision, to deal with the stress of the day, or just to have a break from their busy day.

This causes a lot of anxiety, especially when they have to talk to their friends on the phone, or they see their friends out having a good time, but they feel disconnected.

Research has shown that Facebook is not necessarily bad for teens. They just need to spend more time face-to-face, face-to-face with their friends, instead of texting.

Not only that, but they need to learn how to form genuine connections with people.

Social media should make people closer and more connected, but it shouldn’t be a substitute for real life.