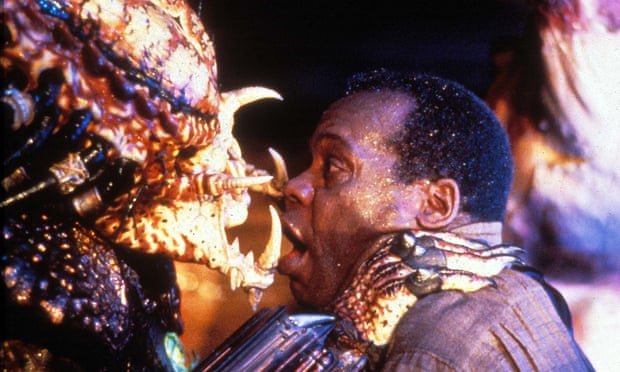 The Predator is a true science fiction classic. Predator 2 is, by all accounts, absolute garbage, one of a slew of sequels from the late 1980s and early 1990s that pale in comparison to its predecessor.

Despite the fact that virtually every subsequent picture has tainted the predator, Predator 2 remains as one of the creature’s finest outings. The film by Stephen Hopkins holds up nicely to many viewings and is much less stupid than it seems at first.

It has its moments of stupidity, but it still has more brains than it is given credit for.

With the exception of a few throwbacks – some of which are delightfully awful – and Alan Silvestri’s mostly recycled soundtrack, Predator 2 is content to stand alone. It has a heavier narrative, is less nuanced, and is content to play nearly all of its cards at once. The titular monster is more of a metaphor for the effects of society’s chronic violence than a critique of toxic masculinity.

1997 is the year (technically the future, since the film was released in 1990). Los Angeles is experiencing a heat wave as a result of global warming, and a vicious drug war is dragging the city down with it.

The predator is drawn in by the high temperatures and the intensity of combat. The predator targets drug cartels first, then police, and ultimately the general people, assaulting a subway train packed of armed citizens.

He is a harbinger of death to people who live in a society rife with crime and violence, as he seeks more prizes. Predator 2 takes aim at our world’s numerous flaws and our inability to solve them, much like other cutting-edge science fiction tales of the period.

Isn’t it fortunate that there’s another hyper-masculine, morally upright action hero waiting to take him out? Except there isn’t any. Instead, we have Danny Glover as Mike Harrigan, a seasoned policeman who, like Murtaugh in Lethal Weapon, is just too old for this nonsense.

Harrigan is always out of breath, sweats excessively, and is forced to wear a pair of extremely unattractive middle-aged man pants. Despite the fact that he shouldn’t have a chance, you know he does.

It’s a riot to see him overcome the obstacles and defeat the evil monster, especially in the last 25 minutes when the action picks up a notch. If buzzsawing the predator’s guts out while shouting “that’s right asshole, shit happens” isn’t a wonderful conclusion to a genuine underdog tale, then nothing is.

And Glover, who deserves credit for making Harrigan even easier to cheer for than Predator’s colorful band of super warriors, brings him to life with gravity and comedy.

Maria Conchita Alonso, who plays one of Harrigan’s police colleagues, is also deserving of praise, since she is a refreshing departure from the passive female presence in the previous film. Bill Paxton and Gary Busey, as Jerry Lambert and Special Agent Keys, respectively, smarm it up in equal measure, to genuinely entertaining effect.

With a theatrical combination of action and comedic relief, Paxton conjures an even more exaggerated version of his character from Aliens.

But the true reason Predator 2 doesn’t deserve its bad press is because it’s a ton of fun. And not in a CGI-heavy, hollow, difficult-to-appreciate manner. The screenplay is filled of wicked comedy and action that builds on the creature’s mythology and technology, making it a particularly enjoyable viewing when paired with Predator (and the teased crossover with Alien at the end is wonderfully played).

It’s ridiculous and over-the-top, maybe less satirically than the original but still leaving you with a huge grin on your face. A broad enough grin to obscure the film’s many but far from chronic flaws.

This is a movie where the predator is hit by lightning just because it looks nice, which it does. It’s as simple as that.

With Predator 2, Hopkins understands precisely what he’s doing. He’s putting together a cheap thrills-and-splatter B-movie sequel that’s loaded with foolishness and violence, and he settles for executing it as well as it can. It’s not attempting to be something it isn’t, and there’s a joyful simplicity to it that some of the more structurally sophisticated blockbusters of recent years should benefit from.

Thanks to James Hanton at The Guardian whose reporting provided the original basis for this story.