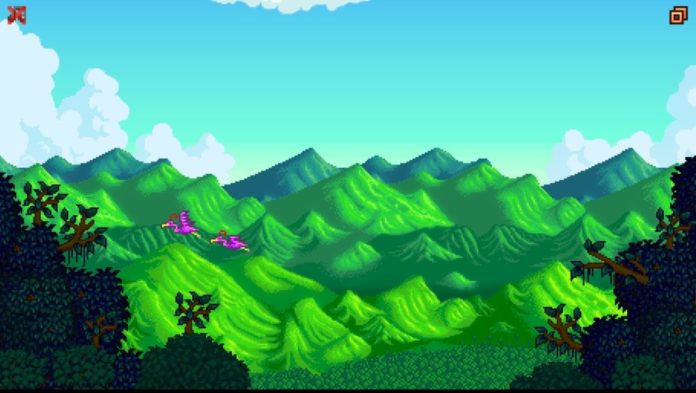 Take a deep breath. Come on, do it with me. In ……………………… and out. Picture a panda, on a raft, floating down a river of your favorite flavor of smoothie. This, this is how I feel every time I start up Stardew Valley.

I’ve always felt pretty disconnected from the gaming community. I don’t go to conventions, I don’t have a console, and the idea of playing a multiplayer game that involves talking to actual, real-life people gives me social anxiety. That said, I’ve been playing video games consistently since I was about 10. So what happened? Why do I instinctively pull back when someone asks me, ‘So, are you a gamer?’

Well, for one thing, when I get anywhere near the gaming community, what I see is first-person shooters, almost exclusively. Even the most popular games of my childhood (Halo, Bioshock, Call of Duty) were nearly always FPSs. And that’s fine. I get the appeal, sort of. It’s just not for me. But this is the age of independence, with tiny game studios popping up everywhere. Out of nowhere, someone mentioned this farming simulator called Stardew Valley. It sounded familiar: a little bit like Animal Crossing, a lot like Harvest Moon, or even like the confoundingly popular Farmville. And when I got around to playing Stardew, it did feel like those games, but there was something more there.

If you don’t already know, the gist is your grandfather left you his old farm, and it’s in bad shape. The early days of the game are almost entirely about cleaning up and meeting the friendly NPCs in the tiny town of Stardew Valley. There’s a beach, a mine, a general store, a couple shops, and a library. You learn how to plant and water crops, how to mine, fish, etc., and that’s about it. The only real constraints from then on are daylight hours, your own energy, and your cash, which is not hard to come by.

It might not sound appealing to some folks, particularly the ones who want their games to involve advanced weaponry and murder. And it’s true, the content itself is not really what hooks you. It’s more about what happens to you as you play. The music, the visuals, and your character’s inability to move through the world very quickly, even after you get a charming pixelated horse, all have a genuinely calming effect. No one in town is out to get you. Instead, each of the characters essentially waits for you to spend time with them, develop their friendship with you. You can marry any single person you want, male or female.

This is the video game equivalent of a big cable-knit sweater: it’s warm, comfortable, it’s always there when you want it, and it’s never a big deal if you want to take it off for a while, or even put it away for a few months. The latter is what I ended up doing. I went months without playing Stardew and it was fine. I didn’t feel angry that I hadn’t finished it, or that I wasn’t putting time in and getting better. And when I came back to it, the reunion was a joy.

It’s not more or less of a ‘real game’ than any other, but it is one that I think right now serves a great purpose: giving someone temporary yet immersive escape from the frequent and ugly stresses of life on Earth in 2018. For me, a game like that is a work of art.