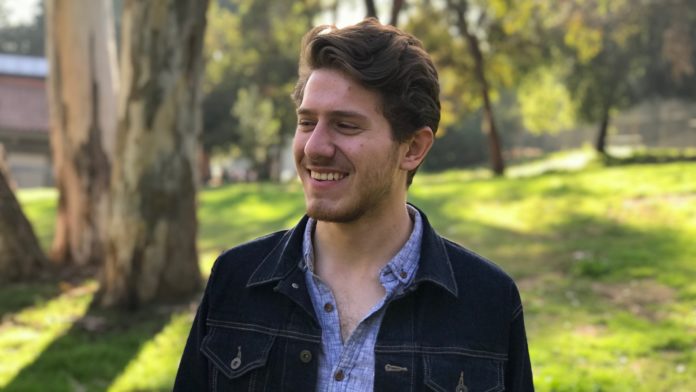 Vinicius Barbosa Pippa is gifted not only with a great name—he’s also a gifted musician, composer and audio engineer. Born and raised in São Paulo, Brazil, the man has achieved tremendous success and recognition in a very short time. In 2018 he snagged a position with Hexany Audio, a very prominent group of seven composers and audio engineers based out of Los Angeles.

You mentioned that when you were growing up you listened to a lot of game scores. What were some of the scores that stuck out most to you? What is it about these scores that makes them stick out?

It’ll be no surprise to anyone when I say it definitely started with The Legend of Zelda: Ocarina of Time. On the more recent side I’m a huge fan of the Bioshock, Halo 3 and Abzû scores. More than anything, these scores were incredible at perfectly capturing the emotions and moods the games needed while still being incredibly well written.

Tell me a little bit about some of the projects you’re currently working on.

At Hexany Audio, we’re currently working on the new Blade Runner Revelations VR game—which is a thrill to work on because I’m such a huge fan of the films. We’ve also had the pleasure to write music and produce sound for the upcoming Nintendo Switch and Mobile game Arena of Valor!

Note: Arena of Valor is a mobile MOBA-type game that is low-key the most popular game in the world. It’s published by Tencent, the same company which owns Riot, developer of the monolithic League of Legends. It boasts over 80 million players a day.

How does scoring a game differ from scoring a movie or show?

If you’re watching a film and decide to rewind it and hit play again, the scenes will always play out the same way and so will the music. It’s what we call linear media. In a video game, on the other hand, there’s dozens, if not hundreds of ways a particular level can play out, and the music has to react accordingly. It’s a completely different way of writing music, both emotionally and technically.

What are the biggest struggles when scoring a game? Can you give me some examples?

As I mentioned above, music for a game needs to react to the player’s actions. Picture this: you’re playing a sci-fi shooter game and you enter a ship inhabited by angry giant alien spiders. You can decide whether you want to go in guns blazing or try and sneak past them unnoticed. The music must play out according to the player’s decision, so the composer can employ a number of interactive music techniques that will make the music react in such a way. It’s a challenge, but at the same time it’s one of the thrills of writing music for games!

Is there a piece of music you’ve composed for a game that you’re most proud of? What is it and why?

One of the first pieces I ever wrote – for a little indie game way back when – will always hold a special place in my heart. I didn’t really know what I was doing, so it’s almost like because I didn’t know the rules I just pretended they didn’t exist. I chose a really unusual combination of instruments because I knew I wanted the sound to be very unique and quirky, and it actually (luckily) turned out wonderful! Nowadays I often try and approach writing new scores with that same innocence in mind.

Is there a game series or franchise that you haven’t worked on that you’d like to?

So many! The first one that comes to mind is the Uncharted series. Writing music for a franchise that’s so narrative driven and yet so rooted in adventure and history feels like it’d be a lot of fun. Either that or something quirky and imaginative like Banjo-Kazooie. The current scores for those games would be impossible to top, though.

Nobuo Uematsu or Koji Kondo? Why?

Oh, man- that’s a tough one! They’re both giants in our industry and we owe them so much… But if I have to choose I’d go with Koji. The incredibly creative ways he found to work around the limitations of the video game systems back in the day are mind blowing—in old games, memory constraints wouldn’t allow for more than a couple sounds to be played at once, so composers needed to create musical interest with very few resources. Koji did so with his masterful melodies. And plus, his scores to The Legend of Zelda franchise showed so many people (myself included) how fantastic video game music can really be.

You can find Vin online here: