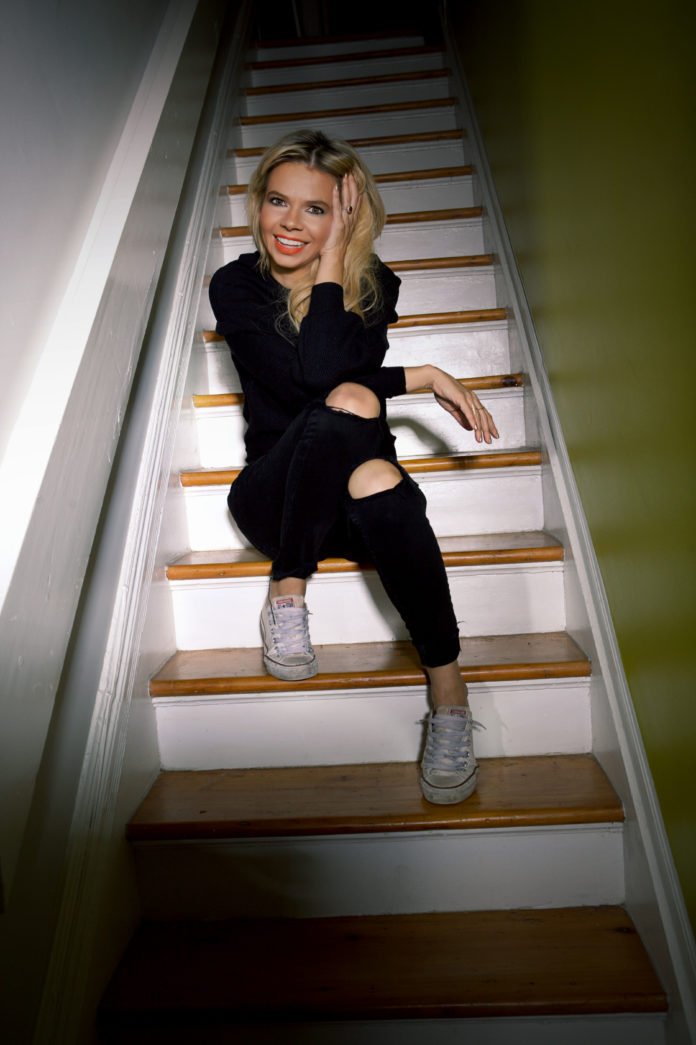 The days of ‘Mad Men’-style advertising are long gone. If Don Draper were faced with a social media feed he would probably drink himself silly in record time, then promptly spill half an old-fashioned on his iPad. It’s a different terrain nowadays, one that requires winning a viewer’s attention away from any number of alternate distractions, and doing it in a matter of seconds in most cases, delivering a memorable message as clearly and  succinctly as possible. And it’s taking an entire generation of young phenoms to drag the advertising behemoth into the present, but they’ve already got their eyes on the future, too.

Industry expert Dylen Postnikoff is among those working to do just that. Currently, she’s the head of the entertainment marketing team over at CBC, the Canadian Broadcasting Corporation, where she’s worked on incredibly popular shows like ‘Anne with an E’ and ‘Schitt’s Creek.’

Perpetually busy, Postnikoff was nice enough to talk to us about what advertising should look like in the modern age and where it’s headed.

What key traits or skills do you believe one requires in order to make it in the television/film/media industry as a marketing specialist?

You need a thick skin and strong emotional intelligence. A big part of being successful in this industry is based on relationships, and if you can’t authentically be present within that space you will be challenged to move ahead in your career. Our job as entertainment marketers is to get audiences buzzing about a show or a film but before we start mapping out the marketing strategy, we need the capacity to get inside the heads (and hearts for that matter) of the show producers. Understanding their vision, their motivation and their intention on why they want to bring a specific story to life is critical to cultivating a positive outcome. I’ve worked with a range of showrunners who have either developed a series based on their own real-life experiences, others who have created their own adaptations of classic novels or key cultural moments in history, and well-known industry producers who are backing a script that they see as relevant for a specific audience. The common denominator with each one is the passion, dedication, commitment, and sacrifice that it takes to get a show greenlit after what could be several years in development. So while our job is to find the story or the hook that drives consumer interest, failing to see the process as a holistic experience more often than not results in an overall disconnect and impedes the likelihood of success.

Are there any specific approaches, strategies or metrics you use when formulating and executing a marketing campaign?

With any marketing campaign, I always ask these questions: What is the story we are trying to tell? What do we want our audience to think? How do we want the audience to feel? Our goal is to build a strong connection between the brand (show) and the consumer and to do that we need to land on the big idea and the right media mix to bring the campaign to life. Ideally, any campaign should touch on consumer awareness, consideration, and conversion.

What have been some of the more high-profile campaigns you have managed while at the CBC? What was both difficult and rewarding about these instances?

Typically, my team manages anywhere from 50-60 shows per year so I’ve overseen the marketing behind a range of titles including those with a well-known cast to lesser-known up-and-coming content creators. As the Canadian public broadcaster, our mandate is different from private networks and this allows for opportunities to work on shows that may be more niche-driven rather than broad-based or high-profile.  For example, the Baroness Von Sketch Show is an award-winning sketch comedy series and is unique in the sense that it’s created by and stars four hilariously and talented forty-something women; something still considered rare in this industry. While continuing to grow with linear audiences, it’s gaining huge traction in the digital space with some sketches garnering views in the tens of millions online. With so few shows like it, viewers are responding to the funny and the relatable experiences, seeing themselves in the everyday life moments captured within the sketch.

As we now move into the third season launching this Fall,  the show has expanded into the U.S market (airing on IFC) and is receiving widespread critical acclaim. Watching the audience fall in love with the show definitely has its rewards.

What kind of preparation and behind-the-scenes work goes into launching a show such as Anne with an E or Schitt’s Creek?

A lot…but this goes for the launch of any new show.

Typically, we take a 360° approach on how we design launch campaigns, which really means engaging audiences across all platforms: social, digital, traditional, paid media, earned media and out-of-home advertising. From there, and depending upon the strategy, we may include a range of tactics from VR experiences to influence marketing, PR stunts, events and activations, Instagram stories, Facebook Live and if working with a well-known cast – fan engagement directly through their social channels.

Another big part of the process is the work that goes into the creative to support the campaign. From concepts to key art to promos to teasers, trailers, posters, graphics, GIFS and social content, the creative not only has to align with the overall brand strategy but it has to be compelling enough to sell the idea and entertain the audience. Ideally, if production schedules permit, we aim to be in market six to eight months out from the show’s premiere. This can be as simple as seeding out a teaser or graphic, to get audiences excited and talking about the series.

Is there any advice you would give in regard to leadership in the workplace, especially in a fast-paced environment like the CBC?

At the CBC, I’ve been lucky to work with an extremely dedicated and brilliant team who are passionate about this industry and continuously strive to push innovative thinking and creative boundaries. Effective leadership brings out the best in people. It’s about empowering individuals so they feel confident to take initiative and to make decisions knowing that they have full support. Having clear communications, transparent conversations and providing feedback is essential to growth and development. I try to create a collaborative environment where each person feels valued for his or her contribution.

While I often think we have one of the best jobs in the world, undeniably there are moments when working in TV where you definitely feel the pressure. Knowing the stakes are high and more often than not, you are juggling a million things at one time. During these times, I try my best to be fully present for my team; to step in when necessary, to provide direction or make a swift decision if required – but never at the expense of undermining their position. A big part of my job is to help my team be better at doing their job; not only nurturing their growth but aiming to inspire and motivate, so that they choose to do their best each and every day.

Within the context of your job, does social media play a large role in understanding how audiences are perceiving certain television shows or media campaigns?

Absolutely. The social space is where you can reach and directly connect with your audience. It not only gives the ability to collect data and measure impact but it opens a window into the world of your consumer. For example, we often see fans who are so passionate about a show that they might rally together as an online community, in hopes of pressuring the network to take action, such as renewing another season of the series. Or if a show has been on the air for a few years we have a pretty good understanding of our audience and we can often anticipate how the fans will react to a new character or storyline or something as simple as a scheduling change– allowing us to get ahead of the story and proactively respond to the audience through personalized messaging or content that is native to the platform and crafted in a way that is authentic to the audience experience.

In your experience, does creating and promoting emotionally engaging content allow for your content to transcend cultural barriers such as race or religion? In other words, what allows you to effectively reach a wide array of audiences?

When developing any marketing strategy the focus should not solely rely on demographics (age/gender), but also incorporate a psychographically minded process when conceptualizing the “big idea”. Meaning if you can break down the human drivers and successfully uncover the insights that relate to a specific emotion, the campaign has a higher likelihood of connecting with the consumer in a meaningful way. This doesn’t mean that the creative has to be emotionally charged for it resonate with the consumer, but it does have to authentically represent the experience you are trying to create. By better understanding and speaking to the human element, the creative behind the campaign should ultimately have a greater impact in reaching a wider audience.

What excites you most about working in the entertainment industry?

I love how television has evolved over the past decade. The art of its storytelling has had the ability to shift cultural perceptions and shape conversations. I find the creative vision of many showrunners to be extraordinary and I am excited to help bring their stories to life. I am also fascinated by how technology has enhanced the audience experience and in looking ahead I am equally interested in how this will continue to advance.