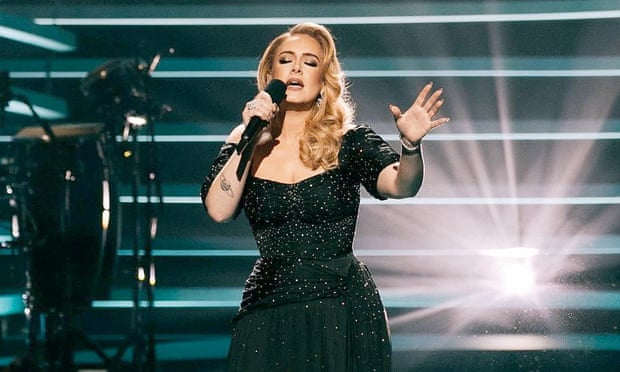 You can demand anything when you are the most powerful and well-known artist on the planet. As a result, Adele has convinced Spotify to disable its shuffle option in order to encourage users to listen to her new album 30 – and, presumably, every other album — in the order that the artists intended.

“We don’t put so much thought and care into our track listing for no reason,” Adele said. “Our art tells a story, and our stories should be heard as they were meant to be heard.”

I am of the age that still believes that albums are the finest and most practical manifestation of a musician’s imagination: that 40 minutes is about the right amount to explore much of what an artist would have to say, musically and lyrically, without risking boredom. I receive the least filtered version of the artist’s vision when I buy an album, I tell myself. My natural instinct is to follow Adele’s lead.

I marvel at well sequenced albums, like how Sgt Pepper starts with the blasting title track and proceeds to its weird and deep conclusion, with the big fading piano chord that finishes A Day in the Life. I recall how Radiohead were so engrossed with the sequencing of Kid A that they almost split up because of it.

I’m reminded of the genius of Bruce Springsteen’s Darkness on the Edge of Town’s two-sided LP edition, with side one finishing with Racing in the Street, the album’s emotional centerpiece, then continuing with The Promised Land, and finally ending with the album’s heartbreaking title track. I don’t believe any reordering of those albums would better them (except maybe eliminating Within You Without You from Sgt Pepper’s, but that’s beside the point).

Surprisingly, the actual brilliance of sequencing is frequently most evident when the artist isn’t attempting to convey a narrative with the music and the sequencing has to do all of the heavy lifting, which is generally the case on a greatest hits collection. The easy thing to do with hits is to order them chronologically, which is convenient for railway enthusiasts but seldom results in the most well-rounded album.

Instead, consider Queen’s Greatest Hits, which isn’t the best-selling album in the UK solely because a lot of people like Queen, but also because it’s a perfectly sequenced album that starts and ends in triumph – Bohemian Rhapsody and We Are the Champions – and never lets up the pace, but never becomes a boring churn. Unlike most greatest hits compilations, the compilers weren’t hesitant to let deeper cuts shine, such as the four-track run of Now I’m Here to Flash on side two, which gave it (insofar as it was possible) a feeling of discovery, particularly for younger listeners.

The right sequencing may hide flaws. Take, for example, the Smiths’ The Queen Is Dead, an album that should be severely imbalanced, with overwhelming epics and throwaways. The placement of the major, emotive tunes — first and third on side one, fourth on side two – lends the album an emotional heaviness it doesn’t deserve. (It’s also an odd album in that its two successful songs are both on side two, bolstering a side that includes Vicar in a Tutu and Some Girls Are Bigger Than Others.)

Adele, on the other hand, is waging a losing battle. People prefer to shuffle tracks, which is why Spotify allows them to do so in the first place, and knowing consumer patterns has spurred artists and companies to sequence albums differently. In fact, some extensive and musically varied albums, such as Drake’s Certified Lover Boy, almost appear to delegate the task of sequencing to the listener, implying that they will cherry-pick their own favorites for a more condensed playlist.

Once upon a time, there existed a formula for sequencing. People realized there was a method to maximize the effect of albums as soon as they became the language franca of pop: open loud, keep the mood up for a couple of tracks, calm it down, and finish the side with a statement tune as soon as albums became the lingua franca of pop.

Rep on the other side. The method has become more easier in recent years. Albums must be front-loaded for practically every artist seeking to compete financially — that is, all save the highest tier of stars and those for whom economic imperatives are irrelevant.

Labels now have unprecedented access to data, and “skip rate” has become critical — is the listener listening for the whole 30 seconds required to receive royalties from streaming? It is now in the best interests of labels (and artists) to bring the most catchy, hooky music at the top of the charts (a process that has also changed the nature of songwriting, by getting writers to throw everything at the opening).

“We had this whole conceptual album with skits and everything, and we had some of our biggest songs at the end of the album,” music manager Barry Johnson told Rolling Stone of an album by his charges EarthGang. ‘What if folks don’t get to the back of the album?’ they [Interscope] wondered. Because people’s attention spans are so short, if you don’t capture them straight away, they can miss the hits towards the end. So, how about placing the most important tunes up front?’

That’s what Adele is fighting for by arguing for the album’s primacy as a complete listening experience: the freedom for artists to produce the albums they want. 30 opens moodily and regretfully, and we don’t get an uptempo piece until track four — an eternity in current pop-album sequencing.

It’s not merely a matter of asking the audience to eat their veggies. It’s a reminder that in a world where Universal’s CEO earns more in a year than all British songwriters combined, there would be nothing to market and sell if the musicians didn’t invent stories and use their creativity.

Thanks to Michael Hann at The Guardian whose reporting provided the original basis for this story.