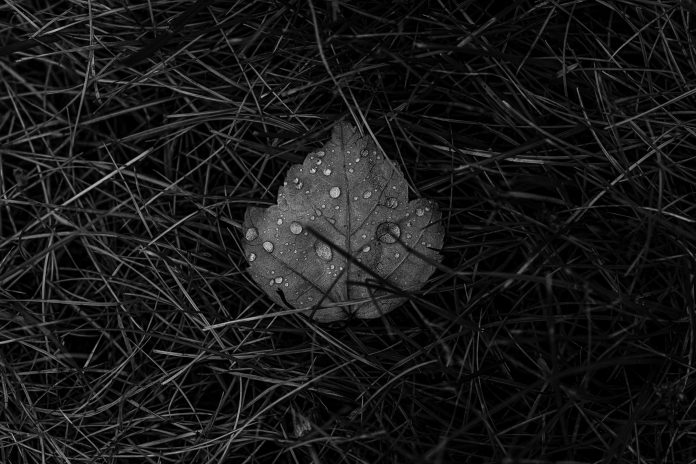 Wim Wenders would frequently dream about collapsing buildings as a child growing up in the wreckage and ruins of postwar West Germany. So, at the age of 56, when he saw the World Trade Center twin buildings burn and eventually fall into the streets of New York, the effect was devastating. He adds, “It started to haunt me badly.” “I mean, like everyone else, I watched it all on TV live. The whole human race was severely disturbed. But I continued having nightmares of being trapped in falling buildings. I wanted to exorcise these demons in some way. And I thought that going to New York and seeing it for myself would be beneficial.”

That’s how Wenders ended himself at Ground Zero in the wake of the attacks, where he shot the five large-format photos that are currently on display at the Imperial War Museum in London as part of the 9/11: Twenty Years On exhibition. They’re amazing paintings, depicting vast horizontal and vertical swaths of this steel-and-concrete catastrophe, with cranes, diggers, and firemen standing out in heroically brilliant colors. In a hellish crucible of chaos and devastation, shattered pillars protrude out from heaps of twisted girders.

Wenders, a longtime supporter of the American highway in films like Alice in the Cities and Paris, Texas, was actually based in the United States at the time, though he had returned to Berlin for a brief visit the day the towers fell, the Pentagon was attacked, and another plane crashed in Pennsylvania. Joel Meyerowitz, the only photographer with formal authorization from the city to record construction on “the pile” at Ground Zero, was a friend of the director. Wenders was able to sneak within the cordon by pretending to be Meyerowitz’s assistant.

The 76-year-old recalls two decades later, “It was like working on a huge graveyard.” “It was completely silent. Conversations would take place in hushed tones. There was a trumpet blaring every now and then. And everyone would take off their hard helmets because it indicated human remains had been discovered somewhere.”

Wenders stayed at the location for approximately six hours, shooting minimally. He was hoping, as always, that his surroundings would disclose something to him. “I’m a place photographer; I almost never take portraits,” adds the filmmaker, who is in good shape these days. He’s chatting through Zoom from an austere-looking flat he’s renting in the countryside outside Berlin, wearing braces and a black polo neck. “I believe that places speak about us, that they inform us about ourselves. As a photographer, I take on the role of a listener.”

The sun came out at Ground Zero at one point, glinting off the nearby buildings. “I’ve never seen anything like this,” Joel, who had been there for weeks, remarked. In this hellhole, the sun never shines.’ Wenders believed Ground Zero was telling him “an unbelievable thing.” “It was almost as if the place was talking about healing instead of continuing this madness and shedding more blood,” he says.

We’re talking about his work in the week when the Taliban reclaim Afghanistan, a frightening new chapter in the unfolding of events that began with 9/11. Wenders agrees that this trend is “absolutely horrifying,” but thinks there was a short window of opportunity when the attacks might have diverted history away from the never-ending cycle of war, imperialism, and self-interest. “I went to some services where all the world religions were represented,” he adds. “For a time, it appeared that this event could have a powerful cathartic effect. Bush might have established a reputation for himself as a peacekeeper if he hadn’t reacted with vengeance, which is the old and worst reaction.”

Instead, history followed a darker path, as Wenders puts it, a path of “fucking lies.” He was ecstatic when Germany and France refused to join the invasion of Iraq in 2003, creating a “axis of weasel,” according to the New York Post. Wenders donned a T-shirt that said, “Proud to be a Weasel,” at the moment.

Despite how difficult it was to be there, Ground Zero was familiar terrain for Wenders in many respects. In 1987’s Wings of Desire, he cast Bruno Ganz and Otto Sander as angels sifting through Berlin’s pre-reunification wastelands, utilizing emptiness and devastation as settings for philosophical reflection. The sights were unforgettable: history gaped through landscape wounds, much as it did in Manhattan later.

Drawing a line back to his boyhood in the husk of Düsseldorf, which was devastated to the tune of 80 percent during WWII, seems apparent. Wenders lived on the former shopfloor of his grandfather’s pharmacy until he was six years old, in a building that had lost all but two of its floors. While the future filmmaker dreamt of falling buildings, he also realized something that would turn him into a traveller: “There was no television, and we never went to the movies to see newsreels.” However, I was familiar with other locations thanks to paintings and photos. I realized that the world was quite different from mine. Mine was the shittiest of them all.”

Wenders isn’t a fan of devastation for the sake of destruction. He felt 9/11 was given a dreadful “familiarity” by Hollywood’s growing passion for technologically aided demolition in the 1990s, such as burning up the White House in Independence Day. He believed Hollywood was guilty of a sort of image arrogance immediately after the tragedy and anticipated a reversal. “The attacks will now have consequences for a specific genre and type of special effects,” he added.

That hasn’t exactly happened, as anybody who has seen a Marvel film will attest. Even though viewers’ strange fascination with seeing their own cities desecrated hasn’t waned, Wenders isn’t buying it. “I haven’t seen any of these films in a long time. “I just walked away.” An frustrated sigh escapes his lips. “I’m not interested. There are very few films that can accomplish anything with it other than generate a sense of doom.” He likes the “innocence” of older blockbusters, such as the King Kongs and Godzillas, when a city must be trampled. “Especially the ones that came out of Japan,” he finds something in their playfulness. It was maybe even a necessary step toward catharsis or exorcism [in the aftermath of the atomic bombings].”

Wenders’ next reaction to 9/11 was the drama Land of Plenty, which he directed in 2004. Michelle Williams appeared as a young Los Angeles lady trying to help her uncle, a Vietnam veteran on the hunt for a fictitious terrorist group, overcome his patriotism-induced psychosis. They decide to carry the corpse of a young Pakistani to his family after witnessing his murder, and the ensuing road journey provides an education for both of them.

Wenders’ rather labored effort to work out his complex emotions toward his adoptive nation, America’s disregard of its own, its unwillingness to acknowledge any weakness, ended with the two looking out over Ground Zero. It was another of Wenders’ efforts to “listen” to a location, shot semi-improvisedly in LA and the Mojave desert.

He claims that in today’s fiction filmmaking, this open method of working is almost impossible. That is why, with films like the highly acclaimed Pina, on the legendary German dancer Pina Bausch, he has moved more toward documentary-making. He claims that “fiction has evolved into a different business.” “Fiction is very well-structured. With an incomplete or nonexistent screenplay, I produced my finest work. Wings of Desire was created without the use of a script. I’ve always thought of filmmaking as a process in which you want to learn about a narrative rather than knowing it ahead of time and then executing it. That’s no longer an option.”

Wenders is concerned in how to rebuild properly, which is unsurprising for a witness to Ground Zero and a filmmaker who sees promise in wildernesses and no man’s lands. His next project is a documentary on Swiss architect Peter Zumthor, whose philosophy of buildings appeals to the filmmaker as being centered on human experience, with a meticulous sense of materials and regard for local culture. It’s about “architecture in general, how buildings and houses influence us,” not simply Zumthor.

Wenders is now working on an architectural project of his own. He’s staying in an apartment next door because he’s working repairing a unique mid-century brick barn. This summer was supposed to be his, but the pandemic had other plans. “The entire German construction industry went insane. It’s becoming more difficult to find people since they’re constructing everywhere like there’s no tomorrow. Now you can’t obtain any wood, and costs have risen dramatically. It’s a weird situation. We live in a country with a lot of woods, yet we export all of our wood to China. And we’ll need a lot of them!”

Thanks to Phil Hoad at The Guardian whose reporting provided the original basis for this story.