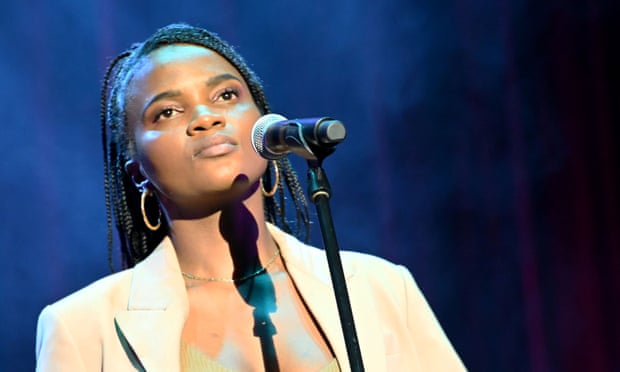 In northern South Africa, I was born on a farm. When I was a baby, my parents moved closer to Johannesburg.

They have a snapshot of me sleeping inside my father’s guitar case when I was around six months old. It makes me feel protected just visualizing it in my head. I can hear my father playing the piano.

I need something to listen to on repeat when I’m feeling overwhelmed. Not for a few hours, but for days, if not weeks.

These tunes serve as an aural cloak, in my opinion. They keep my head from collapsing.

This year, I discovered Uwrongo by Ami Faku, an Afro-soul artist who rose to fame after appearing on the South African edition of The Voice in 2017. Uwrongo, a Prince Kaybee tune released in 2020, was placed on Barack Obama’s famed yearly playlist last Christmas and features Black Motion and DJ Shimza. But, for me, it’s all about Faku, one of South Africa’s brightest stars.

In my view, Uwrongo is a landscape. The beginning rhythm rattles like loose rings on a kalimba’s tines.

The synchronized beats and the powerful piano bassline. That splash, spray, and sweep that great house DJs are known for.

It could only be a South African guitar. And there’s Faku’s voice, and there’s this calm hand.

It’s not always easy to figure out where you came from and who you are. I frequently tell folks I’m half-French, half-South African as a shorthand for my own mixed heritage.

I’m more French than anything else, yet my family relocated to France when I was 12, and I’ll probably always be a foreigner there for certain people. At the same time, being white and African means that I am constantly confronted with the consequences of colonialism and apartheid.

Those evils are in my bones, just as the numerous languages of South Africa are in my ears.

Before learning French, I learnt (some) Afrikaans and isiZulu. Faku is Xhosa, but like the majority of black (but significantly fewer white) South Africans, he is multilingual. I want to make sure I understand what she’s singing about before we talk.

I contact an isiXhosa teacher I follow on Instagram, who helps me interpret Uwrongo’s songs, which are largely in isiZulu but include some lines in isiXhosa. She giggles when she hears the few words I understand — uhamba and ekhaya, “go” and “home.”

“So this is a song about someone who refuses to be dumped,” she explains.

It’s amusing to me because I’ve spent the last 12 months of the epidemic listening to the sentence “This isn’t working, go home.” But, all of a sudden, I’m 14 again, in France, a teenager speaking a language I’ve just recently learned.

We’re 11,884 kilometers (7,384 miles) from “home” along the Trans-Sahara Highway, according to Google. We may, however, be on the moon. I need music that is more akin to night swimming than something I have to analyse for meaning (exegesis is a force of habit given my background and disposition).

Something within which I may withdraw from the world of words.

“I see you’re singing about a breakup now,” I remark over Zoom to Faku.

She laughs and adds, “Exactly.” “You’re listening to a song about a breakup!”

Even if listeners don’t understand her words, they react to the tune and emotion, which she describes as “very church.” She claims it’s because the writing comes from a genuine place.

Faku learned to sing in church as a child. Her father is a preacher, just like mine. His and her mother’s voices are both lovely and quiet. Was her attitude to music, to being silent or full of sound, influenced by her upbringing?

“It took a long time for me to realize there was a link,” she adds. She included her other favorite sounds, such as hip-hop, R&B, Caiphus Semenya’s delicate melodies, and Brenda Fassie’s high-octane intensity.

Faku doesn’t write with the intention of evoking visuals. Her method is entirely based on sensations. She’ll hear melodies in rhythms that others won’t notice in the studio.

She once told an interviewer that she aspired to sing in isiXhosa in an international cooperation. “We have a distinct sound in South Africa,” she explains. “I want a child who hears me to be proud of whatever culture they belong to.”

Is there a sound that Faku prefers? “I’m not a techie,” she admits, “but I am a minimalist.” She attributes this, too, to the condensed form of ecclesiastical music sung in the round.

“Do you have a lot of singing at home?”

She begins to stutter.

“Being an artist or a musician isn’t in our realm coming from Ezinyoka, a little settlement in Port Elizabeth. For us, it’s not a possibility.

This section of our interview has been replayed numerous times in my head. The repetition is lovely.

Thanks to Dale Berning Sawa at The Guardian whose reporting provided the original basis for this story.