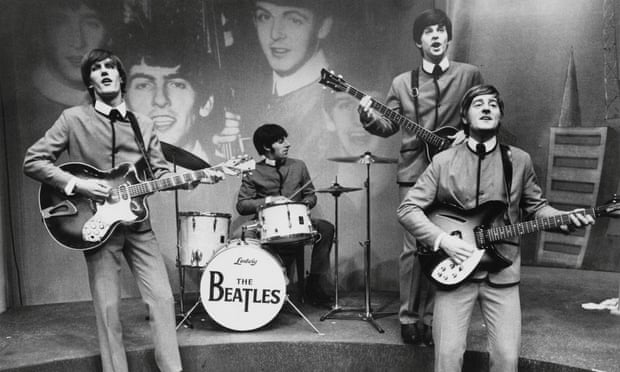 Antony Sher, who died at the age of 72, was a remarkable multi-talented guy. He was a gifted performer, as well as an outstanding artist and writer. But, far from being independent, his three vocations were intertwined: only look at his drawings of Richard III in Year of the King to see how his draughtsman’s vision complemented his acting.

Sher, who was gifted in a variety of ways, regarded his acting career as evolving from mimicry to character embodiment.

Sher recently told me that when he was a kid in South Africa, his heroes were Alec Guinness and Peter Sellers, and that he admired and tried to replicate their physical transformation abilities. He also said that as a homosexual, Jewish South African, he was conscious of being a triple outsider when he left Cape Town at the age of 19 to pursue a career as an actor in the United Kingdom.

He was even unclear whether he was made out for acting; in his autobiography, Beside Myself, he portrays himself as a “short, slight, shy creature in black specs” who was rightly rejected by Rada, who recommended him to pursue other options.

Fortunately, he persisted, although in much of his early work, Sher seemed to be depending on his imitative talents as much as his inner self. That didn’t stop him from being totally convincing as the legendary drummer of the Beatles in John, Paul, George, Ringo…& Bert, which transferred from the Liverpool Everyman to the West End; he was also equally good as the lecherous redbrick sleazeball Howard Kirk in Malcolm Bradbury’s The History Man on TV.

However, Sher’s career took off when he joined the RSC in 1982. In Michael Gambon’s Lear, he was a quirky Fool, and as the titular hero of Molière’s Tartuffe, he was irresistibly malicious. His portrayal as Richard III in 1984 showed his abilities operating in unison.

He investigated the nature of Richard’s infirmity with orthopaedic experts with the fervor of a writer. He was able to establish a specific visual representation for Richard as an artist. Sher was the quickest mover in the kingdom, making wickedly innovative use of twin crutches that either became phallic symbols or a cross to betoken Richard’s seeming saintliness, breaking completely from the Olivier pattern.

It was a career-changing performance that allowed Sher the opportunity to portray all of Shakespeare’s major parts, nearly always at Stratford-upon-Avon, throughout the years. In Bill Alexander’s The Merchant of Venice, he played a brilliant Shylock who was driven to vengeance by Christian physical assault.

He also performed a sequence of performances that mixed tremendous physicality with psychological probing, directed by Gregory Doran, his lover and eventual spouse. Lady Macbeth’s comments about his virility tragically undid his Macbeth in 1999, which was a superb fighting machine.

When Sher described his ragged recruits as “food for powder, they’ll fill a pit as well as better,” Alex Hassell’s Prince Hal responded with startled terror.

Sher was a seasoned Shakespearean by the time he was cast as King Lear in 2016, bringing a lifetime of expertise to the role. He was originally seen in an elevated glass cage, enthroned like a secular deity.

Sher wonderfully portrayed the emotional instability that is central to Lear after he was returned to earth: after showing Cordelia a beatific softness, he pounced on her captors with a straightforward fury, as if to remind us that this is a drama of irreconcilable contrasts.

Sher was very self-analytical, writing in his book that he was fascinated with his characters’ “casual dress of flesh” during the outset of his career, “whereas I’m now more interested in their visible souls.” His approach to contemporary play reflected this.

His portrayal of Ringo Starr in the Beatles musical provided us a glimpse of the man’s outward flair. But by the time he played a New York drag queen in Harvey Fierstein’s Torch Song Trilogy in 1985, he was completely immersed in the role: he captured the shape-shifting quality of Fierstein’s Arnold, who could switch from gossipy camp to anxious mother-hen depending on who he was with in a matter of seconds.

Sher was also able to communicate a character’s inconsistencies in contemporary theatre as well as Shakespeare. On one level, his Willy Loman in the Royal Shakespeare Company’s 2015 staging of Arthur Miller’s Death of a Salesman was a stylish spring-heeled comedian who utilized the ancient vaudevillian tactic of extending his hands as if seeking applause.

Sher relapsed into quick, brick-red rages the more Willy felt stuck in his nightmares. Sher’s last outstanding performance was in John Kani’s Kunene and the King, which was inspired by Sher’s emotional recollections of South Africa.

Sher portrayed a senile elderly actor who was physically reliant on a black caregiver and hoped to overcome sickness in order to perform King Lear. Sher was not only famously testy but also portrayed his character suffering a Lear-like moral enlightenment while shuffling across the stage in rubberised shoes and swigging illicit wine.

Sher was a guy with many faces and a wide range of abilities. But, for me, his abilities as an actor, artist, and writer were united in that he attacked each role with a tremendous creative fervor, as if it had to be comprehended equally on a performative, visual, and psychological level.

And, after beginning his career as a talented chameleon, Sher rose to prominence as a magnificent actor who was unafraid to show his true self, whether in Shakespeare or current play.

Thanks to Michael Billington at The Guardian whose reporting provided the original basis for this story.