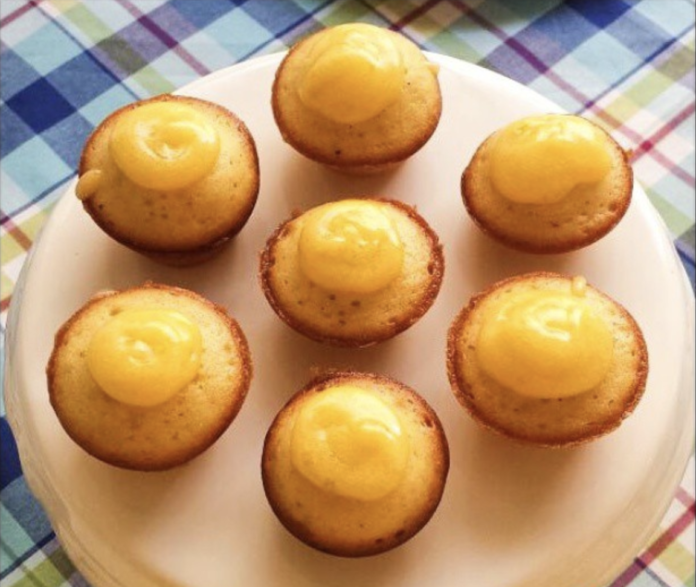 We here at LNGFRM are a pack of strays. Davy worked with Ringling Bros. Circus in its last days. Sandra was a professional animal trainer out of Milwaukee. I used to work at a private investigation agency. How did we end up here? Well, we all hated our other jobs and loved video games, and we all have a decent knack for writing (if I do say so myself). But there are some dark days back there, back when we hated our jobs and wondered how our lives had led us to cleaning elephant cages, dog cages, and performing sleazy surveillance work, respectively.

Thankfully, renowned pastry chef Camilla Tinoco can relate. She started out as a businesswoman, posting long hours at a major tech firm and bringing home plenty of bacon. But those checks and the fancy office came with some serious responsibilities and more than a little chronic anxiety. During our recent conversation with Tinoco in midtown Manhattan, she explained that there was a lot of pressure to get an awful job like that one.

“It wasn’t a choice, it was more like a natural path for someone who earned a degree in Electrical Engineering. I didn’t feel any pressure about choosing this career, but I was raised in a traditional Brazilian family were careers like engineering, law, and healthcare were more socially accepted.”

But as you might have guessed from the headline of this article, Tinoco knew that she had to make some changes. But in the beginning, it was unclear what exactly those changes should look like. Then came one of those moments that helps put things in order, the kind of moment that they would put in a movie version of your life. For Tinoco, this moment crept up on her, during an afternoon spent with some good friends.

“One day I was hanging out with a few friends and they decided to prepare a dinner, and since I was the only one that didn’t know how to properly use a kitchen knife, I was chosen to make the dessert. I took a recipe for a chocolate cake and followed the steps carefully. Miraculously, the cake came turned out pretty well, and from that moment I decided to read about pastries and test my own recipes at home.”

And thus another puzzle piece fell into place. But, again, it was only an instinctive feeling. It didn’t offer any immediate solutions, just a vague heading of where she wanted to end up.

“I am generally very responsible and I always kept my feet on the ground, so to make any major life changes, a detailed plan would be necessary.”

And just like a true engineer, Tinoco painstakingly made that plan and worked toward executing it to perfection. It was like she was following another complicated recipe, but this time one that she had written herself, and one that would result in a more joyful life if she pulled it off. She went to culinary school, zeroed in on pastry, baking, and desserts, and started what quickly became a formidable career in the culinary arts.

She has since appeared on the Food Network, helped pen recipes for multiple books on French pastry, and worked as pastry chef at contemporary French restaurant, Daniel Boulud’s Bistro Moderne, on 44th St.

And even though the long road to changing career paths is now in the past, Tinoco still remembers how difficult it was, especially because the other people in her life had their own reservations about her abandoning a lucrative and stable career.

“It wasn’t an easy decision to make but I was getting to the point of burnout. I had a very good job in Brazil and great opportunities for professional growth. My family and friends were worried about my big move. I had to trust myself and my own judgment.”

The next obstacle was joining up with an entirely new community. Starting her studies made Tinoco the new kid in school, both literally and figuratively. She was an outsider.

“Most chefs start their careers when they are kids or teenagers. It was a different story with me. I never cooked with my mother or grandmother. The culinary world was totally unfamiliar to me.”

Did that stop her from diving right into the deep end? Well, no, of course not. Don’t be silly. Tinoco managed to alter her perspective, seeing these difficulties instead as a challenge, one that she was determined to overcome.

“My first day at the Institute of Culinary Education [ICE], was terrifying. Different country, different language, different culture. Thankfully, after a few weeks of classes, I was convinced that I’d made the right decision. I was in the right place, finally.”

And even long after the switch, Tinoco has no shortage of aspirations. She hopes to one day open her own bakery, ideally right here in NYC. But in the meantime, she tries to savor (pun intended) her time with DB Bistro Moderne, which has given her the opportunity to work with some of the most skilled and creative culinary minds around.

So this is the part of the article where you, the reader, can take a look at your own job. After all, maybe you’re reading this instead of putting together those spreadsheets for the Knickerbocker account, or whatever people with office jobs do. Have you been experiencing any of the symptoms Tinoco mentioned above? If not, we’re very happy for you. But if you are, if you know there’s someplace you’d rather be, then Camilla Tinoco has some advice for you.

“My main advice is to follow your heart and maintain focus, but everybody knows this is not easy. It’s necessary to make a meticulously well thought-out plan in advance and make sure your savings are enough to last a long while. That will give you peace of mind to focus on your new career.”

We’ll go ahead and end it with those words of wisdom. As always, thanks for joining us for another tale of inspiration and universal life lessons. If you’re a fan of tasty things that also look pretty, we recommend visiting Tinoco’s Instagram profile. And maybe someday soon you’ll be able to visit Tinoco’s very own bakery; it’s a day that we here at LNGFRM await eagerly.