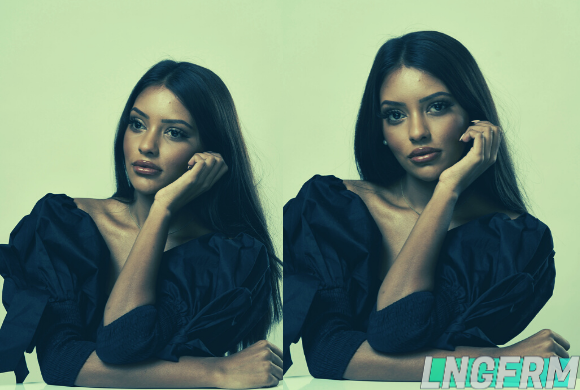 Today we’re talking to YouTube star Anncy Twinkle, the talented woman behind the channel of the same name.

Twinkle’s channel currently has more than 650K subscribers and over 60,000,000 total views, and those numbers are growing every day. Her Best Reviewed/Worst Reviewed series has been immensely popular and made her a staple of the online beauty and lifestyle community.

Perhaps the most defining trait of Twinkle’s online presence is her sense of humor and self-awareness, a quality that rarely finds its way into content surrounding makeup, beauty, and self-care.

LNGFRM had a lovely conversation with Twinkle that quickly revealed just how much she enjoys and appreciates all the work that goes into videos behind the scenes.

It’s safe to say that Twinkle is a self-made creator, and so it’s no real surprise that she has big plans for future projects that will test her artistic and technical abilities on many different levels.

It can all be traced back to her experiences as a child, when she knew early on that she had a strong interest in performance and entertainment.

“As a child, I knew that I wanted to entertain people for a living, I just didn’t know-how. I’m not very good at singing or dancing, but I’ve always been told I’m a great conversationalist. I didn’t think my loud and obnoxious vibe would fit in with the YouTube community, so I decided to create my own genre, one that fits my own style and sensibility.”

Twinkle helped us take a look at the increasing legitimacy of YouTube content as well as all the work that goes into her videos, from the planning stages to filming, editing, and release.

So where does it all start? More traditional filmmakers have the luxury of going through a lengthy pre-production period, during which time they can edit scripts and gather resources and talent before getting started.

But high-caliber YouTubers like Twinkle need to conceptualize, shoot, edit, and post videos in a matter of just a few days.

Ideation is a notoriously difficult stage of the creative process, and it’s easy to fall into writer’s block.

Twinkle has been exploring different ways to plan videos and find inspiration for years now. She eventually landed on a very practical routine that tries to capture as many ideas as possible. Later, she can go back to these lists later and find specific ideas that really speak to her.

She also believes this is a very helpful method for anyone who’s just getting started with their own videos.

“I still come up with videos in planners and journals. Seriously people, write down your ideas. That way you automatically focus your full attention on them. I don’t have the best memory, so often I need to type it somewhere and save it for later.”

In past interviews that we’ve conducted, many songwriters and composers have supported this same approach of capturing as many ideas as possible when they’re still fresh and staying open-minded to ideas that at first might seem uninteresting or not worth developing.

After Twinkle has settled on an idea for a brand new video, she moves on to the actual execution. The channel’s back catalog speaks to her impressive work ethic.

Currently, Twinkle’s YouTube channel has more than 130 videos, on a range of different subjects. Comparing her older videos to the newest entries, the quality remains high, but it’s easy to see how Twinkle has slowly introduced creative editing techniques to both the visuals and the sound.

While many successful YouTubers tend to hire outside help to handle recording and editing, Twinkle prefers to stay involved with every detail behind the scenes.

In particular, Twinkle has come to enjoy video editing, and that enjoyment has sparked further research into many different aspects of filmmaking.

“I used to think filmmaking was the easiest thing on the planet. If it wasn’t for YouTube that’s what I would’ve thought for the rest of my life. Since working on YouTube, I’ve learned about so many different aspects of filmmaking, including green screens, special effects, tripods, video software, and lighting. It’s crazy how YouTube taught me about much more than just makeup.”

It’s even more proof of how increased accessibility has encouraged more people to create. The resources are out there, it’s up to each person to put in the time and effort needed to become an expert in video production.

Hopefully Twinkle’s progress will inspire other young creators to take the first step and learn more about what it takes to produce something special.

No one creates in a vacuum, and Twinkle is no exception. She draws inspiration and motivation from many different YouTubers, including Cody Ko, Nazanin Kavari, and Jenna Marbles, but there was one channel she wanted to highlight even more than the rest.

This one channel served as an example of how YouTubers can be clever and successful without being arrogant or inauthentic.

“I watch a lot of vlog squad videos. They’re just so likable and friendly. You just want to be best friends with them. That’s exactly how I want to make people feel when they watch me. Like hey, I’m not better than you just because I have more followers. I’m just here to entertain people.”

That sense of humility and relatability attracts even more viewers. Instead of viewers seeing creators as role models far beyond their reach, creators instead come off as accessible and friendly.

For Twinkle, this wasn’t a conscious branding choice, just a gut decision about how she wanted to appear to her fans. Based on the sense of community surrounding her channel, we can say without a doubt that it was a smart decision.

As YouTubers continue to create more impressive and ambitious content, general audiences, as well as the entertainment industry, are starting to take this content more seriously.

We’ve reached a point where even typical YouTube videos are being considered a form of independent filmmaking, and they are. The main difference between online content creation and more traditional filmmaking is that online creators often need to create new videos on a weekly or even a daily basis. 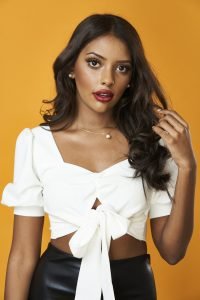 Several big-name YouTubers have even made their own feature-length films, further dissolving the boundaries between online content and the larger filmmaking community.

Twinkle praised the sheer amount of accessibility that YouTube and other social media platforms offer to aspiring creators.

“Youtube is definitely a home for independent filmmakers. Social media platforms are making it easy for anyone to become a ‘someone’ while keeping your authentic voice. With YouTube, you are your own director, editor, actor, and sometimes your own critic! I consider every video I’ve filmed a short movie.”

It’s a successful perspective to have as a content creator, and it shows in twinkle’s work. The actual content of the videos is always important, but the execution and editing establish a unique filmmaking voice.

Giving videos that kind of consistent hallmark help to retain viewers and keep them coming back week after week, month after month.

Last but not least, we wanted to ask Twinkle about any long-form projects that she’s been considering. She has considered transitioning into acting for some time, and given her extensive experience in video production, she’s also started thinking about what it would be like to create a feature-length film.

“If I were to create my own film, I see it being a comedy. I see myself filming a high school chick flick starring a brown girl who is suffering through it all. I don’t see many movies made about us, and I would love to help produce one. It would be great to handle serious issues while still keeping it lighthearted and fun.”

You can find these ideals of representation, humor, and self-awareness in all of her work, but a feature-length project would give Twinkle the chance to examine them in detail.

Given the current climate of Hollywood film production, this approach to writing and filmmaking has plenty of room to succeed.

A huge number of streaming services and even large Hollywood studios have been hiring more diverse technical and creative talent over the last several years, and many are hoping this will become a much larger trend in the years to come.

YouTube is gaining recognition as a place for legitimate filmmaking, and creators like Anncy Twinkle are excited to see what kinds of opportunities that shift is going to open up.

If there’s a call to action here, it’s to recognize and appreciate the amount of work that goes into the videos we enjoy every day.

In an age of creative freedom, even sites like YouTube provide the chance to find and enjoy unique entertainment you won’t see anywhere else.