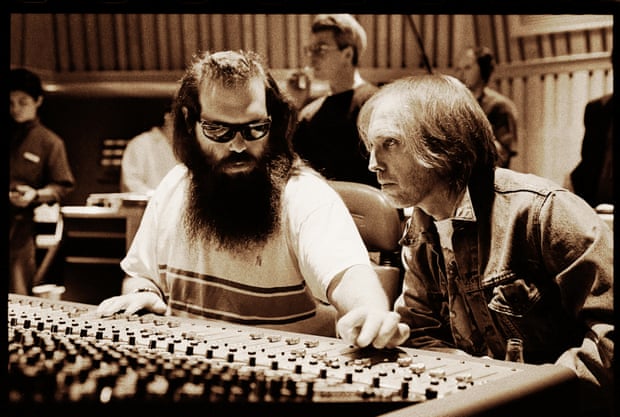 Tom Petty’s finest album, which he considers to be his best work, captured the most turbulent era of his life. Petty’s 22-year marriage to the mother of his two children fell apart between the summer of 1992 and the spring of 1994, during which time he fired the drummer with whom he had worked since the beginning of his Heartbreakers band nearly three decades before, and he left both the record company for which he recorded all of his hits and the producer who shaped some of his biggest ones.

“He was blowing up every aspect of his life,” said Mary Wharton, director of Tom Petty, Somewhere You Feel Free: The Making of Wildflowers, a new documentary set in that tumultuous period. “Tom was trying to figure out how to put things back together in a way that made sense to him in that moment, from his personal life to his business life to his creative life.”

Wildflowers signified a fountain of potential, a blank check for the future, despite the frustration, debate, and misery of the moment. The film concentrates on one element for the most part, leaving some of the more disturbing problems implied, glossed over, or ignored.

It’s no surprise that the film is as intriguing for what it doesn’t contain as it is for what it includes. Some of it has to do with what Petty disclosed and didn’t tell about his life at the time, while others are likely the product of a life cut short and without warning.

Petty died on October 2, 2017, at the age of 66, following an accidental overdose of opiates, sedatives, and an anti-depressant. The artist had been using that combination of pharmaceuticals to dull the rising discomfort of emphysema, knee difficulties, and a severely damaged hip, according to an official statement released by his family at the time.

Wharton’s film is based on two key sources: video filmed during the Wildflowers recording sessions in the 1990s and new interviews with Mike Campbell and Benmont Tench of the Heartbreakers, as well as Rick Rubin, the album’s producer, and Petty’s daughter, Adria. Martyn Atkins, a long-time Petty follower, captured the vintage footage, which lasted four hours.

Only 11 minutes of it had ever been viewed, as part of a press kit put together at the time. According to Wharton, the new documentary production started after Petty’s daughter “discovered these cans of film in Warner Bros.’ vault that she didn’t know existed.” “She felt like something should be done about them,” she said.

Both the old film and the new interviews emphasize Petty’s joy in entering this new phase of his life. He discovered a new method to express himself in the songs he was creating by using material from his own experiences. “More than any other project he had done, the songs reflected what was going on in his personal life,” Wharton said.

Wildflowers is, in that sense, Petty’s first truly solo album, despite the fact that his actual first, Full Moon Fever, was released five years before. “The songs on Full Moon Fever were classic Tom Petty songs in the sense that they present characters who aren’t necessarily him,” the filmmaker said.

Petty’s advent into middle age, at 44, provided some of the incentive for going deeper. Wharton stated, “He was trying to figure out how to be an adult rock’n’roll star.” “How do you maintain some dignity in this childish rock star career?”

Petty’s drive for artistic advancement prompted him to collaborate with a wide range of artists. Initially, he planned to employ only musicians who were not members of the Heartbreakers. While he did enlist the help of other musicians for some parts, such as Ringo Starr, Carl Wilson of the Beach Boys, and Michael Kamen for the tasteful orchestrations, he ended up using three-fifths of the Heartbreakers on every track, including guitarist Campbell, keyboardist Tench, and bassist Howie Epstein.

“He couldn’t get away from them,” Wharton said. “Those are the guys you want if you’re putting together a dream team rock’n’roll band.” In addition, Tom and Mike Campbell had a long and fruitful working relationship. They had spent their whole lives working together.”

Petty grew to think that the Heartbreakers’ drummer, Stan Lynch, didn’t have the appropriate feel when creating the song and looking forward to his creative future. As a result, he took the painful choice to dismiss him and replace him with Steve Farrone, who stayed with the band until Petty’s death.

Various speakers in the film’s interviews emphasize how important Farrone’s forceful assault was to songs like You Don’t Know How It Feels. Lynch was not contacted by Wharton for his opinion on the situation.

“We did make sure Stan was presented in a respectful manner,” she added. We sided with Mike Campbell’s answer because I believe he had a clear understanding of the issue.”

Though it wasn’t evident at the time, the lyrics of one song on the album specifically address conflicts with another Heartbreaker — bassist Epstein. Petty reaches out to someone who has lost their path in Don’t Fade on Me.

Epstein was hooked to heroin at the time, it was subsequently learned. (In 2003, he died of an overdose of the narcotic.) Wharton stated, “Tom clearly loves the person he’s writing about.” “The song is a lovely way to toss a life raft to someone in distress.”

Petty’s daughter understood the song as a heartfelt letter to her mother at the time. She states in the film that she sensed the record symbolized her parents’ imminent break-up as soon as she heard it as a child.

While Petty said as much in interviews while promoting his next album, Echo, which openly addressed the divorce, no one outside the family knew about it at the time. As a consequence, he doesn’t mention anything in the film’s vintage footage. Instead, he marvels at how several of the album’s tracks, including the title tune, came to him instinctively.

The words of Wildflowers, a beautiful ballad, urge a loved one to go on and find pleasure on their own. It reminds me of Neil Young’s famous ballads Birds and I Believe in You, which are two of the most heartfelt rejection songs ever penned. In the old tape, Petty deflects his genuine feelings while discussing the song, which is both interesting and odd.

Wharton said, “Perhaps he was afraid to express those feelings even to himself at the time.” “It’s him not wanting to fully accept the financial and emotional consequences of ending a long-term relationship with children.”

The participants interviewed in both the old and new video are significantly more forthright in revealing the project’s drastic changes as a result of the production technique. Jeff Lynne, who has an intricate and unique production style, collaborated with Petty on his two prior albums.

Rick Rubin’s hiring for Wildflowers enabled him to work more naturally and freely. Rubin believes Wildflowers worried Petty because he feared he would never be able to produce anything that free-flowing again with the new footage.

The film’s speakers are as candid about Petty’s disdain towards his record label, MCA. He secretly inked a new agreement with Warner Brothers while still under contract with them.

“Tom publicly fought them for years over everything from the price they charged for his record to the contract he signed when he was young and stupid,” Wharton added. “He never felt like they were appreciative of his talent.” MCA first rejected the Full Moon Fever record when he submitted it.

When Tom showed it to Warner Bros. CEO Mo Ostin, he responded, “These people are insane.” This is a smash hit.’ That was the start of his friendship with Mo.”

Yet, when Petty originally approached Ostin with the notion of making a double album out of the songs recorded during the Wildflowers sessions, the Warners executive dismissed the concept as uncommercial. Regardless, the product was 63 minutes long, which was the length of a double set in the LP era.

Wildflowers was a great hit when it was released in that format, selling over 3 million copies in the United States alone. Its melodies provide a seamless narrative of potential and loss. It all comes to a head with the song Wake Up Time, in which the artist tells himself that he must confront the harsh realities of his life and make changes regardless of the repercussions.

Petty was in for more difficult times, as it turned out. He began using heroin shortly after the release of Wildflowers. Wharton claims she discovered film from that time period in which “Tom appears to be different.” “He’s so clear-eyed in the Wildflowers footage.” He isn’t in the other footage. “Oh, this is when he started using heroin,” I translated.

The filmmaker said that she did not utilize such footage because she wanted her film to concentrate only on the Wildflowers era. The album’s reputation has only risen in the years after it was released.

Prior to his death, Petty considered dedicating an entire tour to his songs. “The message Tom was trying to convey to himself at the time – that we all belong somewhere we feel free,” Wharton says of Wildflowers’ legacy.

Thanks to Jim Farber at The Guardian whose reporting provided the original basis for this story.