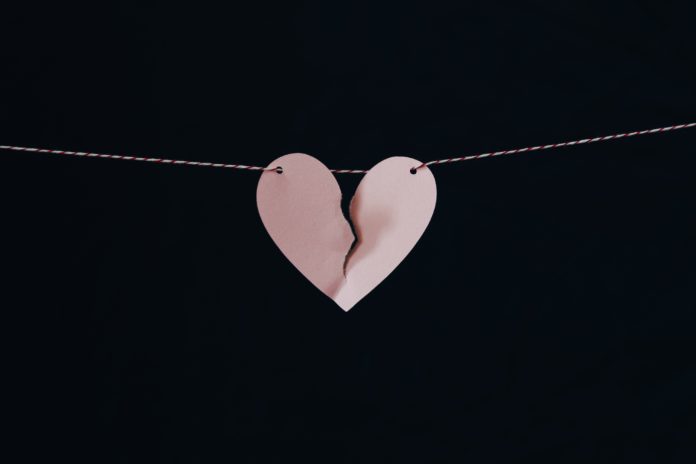 That Achey Breaky Kind of Music

Whether you just went through a breakup for real or you just want to remember what it felt like to be that blissfully bummed out, we’ve compiled a list of some of the best break-up albums ever recorded. Just be sure to keep some tissues handy.

‘Blood on the Tracks’ – Bob Dylan

A friend described this album to me as “The thing he wrote after he realized the woman he thought he was going to spend the rest of his life with was no longer in the picture.”

It’s also a loose journey through the Kubler-Ross five stages of grief. It’s also one of the best albums of cowboy music in the history of the Western canon.

The most famous track is likely ‘Tangled Up in Blue,’ a monster of a song that serves as an overture for what’s to come later, both musically and lyrically.

‘Simple Twist of Fate’ stands apart as one of the most beautiful songs Dylan has ever written, and it blends seamlessly into the next two tracks.

The album takes us through a firsthand look at Dylan’s divorce, and the damage it did to his overly musical mind.

It would technically be possible to review this album just by saying “It’s pretty,” and leaving it at that.

The statement holds true, and it does describe one of the most immediately obvious aspects of the record. But it doesn’t go nearly far enough into unlocking the more subtle elements of these songs. The album title borrows a phrase that essentially means a seismic shift, an event so powerful it can even change the direction of the ocean itself. For Beck, this was indeed his divorce.

Apart from the emotional sea change that he was undergoing at the time, the album is also a musical shift.

His previous album was ‘Midnite Vultures,’ and if you haven’t listened through that one before, prepare for some of the grooviest tunes in town. It’s jubilant, while also being somewhat sarcastic about the celebration. There are no real downers on the whole thing, making ‘Sea Change’ that much more of a surprise.

This is one of very few pieces of music that I listened to solely because I had read a glowing review of it upon its release. (Hint: it’s this review right here.)

For my first listen, I turned out all the lights and laid down on the floor in between my slightly overpowered bookshelf speakers.

One solid hour of music later, I didn’t really know what to make of it. The emotional distress was obvious. But the tiny details of each song were absolutely overwhelming. The album never let up, not even for a second.

The string arrangements alone (which Bjork wrote and arranged herself) were so deep they earned their own separate release about a year after the full album dropped. Then there’s the electronic elements which Bjork plays like an orchestra of their own. And none of the electronic components sound like the ones so often cycled among dance music circles.

This record is a break-up album on a couple different levels. For one thing, many of the songs deal with heartbreak and the saddest ins and outs of a lengthy romantic relationship.

But this is also the record that essentially saw the breakup of the band itself. How’s that for irony?

There’s also a documentary covering the making of this album called ‘I Am Trying to Break Your Heart.’ Most of the infighting and anger and struggle happens offscreen, kind of like, ya know, a breakup.

The moments of difficulty are largely forgotten, painted over by a prevailing, ever-present gloom.

But don’t worry about all that dark biz. ‘Yankee Hotel Foxtrot’ is a delight to go through. Its bright spots like ‘Kamera,’ ‘War on war,’ and ‘Heavy metal drummer’ are very bright indeed.

The music never once gets bogged down in all its self-loathing. When it comes to breakup albums, that’s a real feat.

I mean, come on. This is the album that reminded the world soul still had a place in popular music.

Now, were the singles overplayed? Yes, even to this day. ‘Rolling in the Deep’ will never regain the power it had on its first listen, oh so long ago.

But that doesn’t mean that Adele’s enormously popular record doesn’t still have the strength to move you.

Best of all, the tone doesn’t dip too low into the depths of self-loathing. These are ultimately songs about power and confidence, a return to former confidence and satisfaction.

It’s also likely to be one of very few albums of the early 21st century that’s likely to be remembered for decades to come.

Joni is one of the greatest songwriters of the 20th century. And ‘Blue’ was an early achievement that helped solidify her as a musical force to be reckoned with.

Easy-going melodies hide the weighty lyrics through the first few listens. But over time, these songs reveal themselves to be delicate and thoughtful, wrangling with loss and love long-gone.

This is one we recommend listening to at night, preferably while driving. The light and somehow also somber tunes are the perfect companion to moments of contemplation and psychological distraction. This one was not part of the original Otis Redding musical catalog. It’s a compilation carrying the subtitle of “The Deepest Soul of Otis Redding.”

That may sound like an overstatement, but this album delivers on that promise 100%. You won’t find the big hits like “Respect” or “(Sittin’ On) The Dock of the Bay” here. Instead, it features tracks like “I’ve Been Loving You Too Long,” “My Lover’s Prayer,” and “Free Me.”

Every one of them showcases Redding’s almost unbelievably pained vocals. It’s clear that he believed every word he sang, and that conviction elevates these songs to a state of timelessness.

Don’t worry, our list is nowhere near comprehensive. Chances are you’ve got some suggestions for us, and we’d love to hear ‘em. Maybe you’ve saved a playlist from your last bad breakup. Maybe this kind of music is your specialty year-round.

So go ahead and share your personal greatest hits for the benefit of future readers looking for the tunes that will cut right to the core.