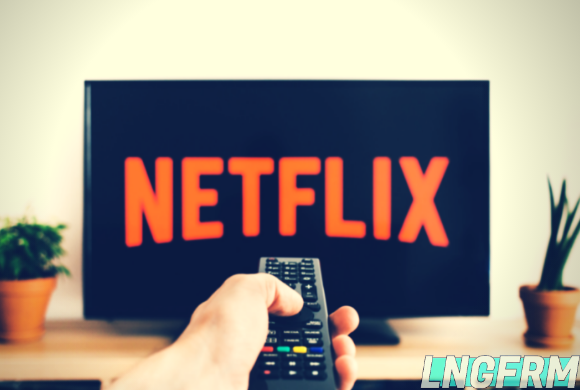 Remember when Netflix used to be a DVD mail-in rental service? Yeah, those were very different times.

Now, Netflix has become many different things to many different people. It’s a hub for original television, serious dramas, and, somehow, comedy specials.

Prior to Netflix, the standup comedy market was basically owned solely by Comedy Central, who popularized televised standup, especially for comics who weren’t big enough to sell out stadiums.

Netflix has deals with so many different standups that it’s starting to become what they’re known for the most.

So what are the best comedy specials on Netflix? Well, it definitely comes down to personal taste, but we’ve put together a list of some of our favorites, all of which can be considered modern classics and must-see specials for standup fans everywhere.

If you’re looking for more to watch, check out this article on where to get started with The Simpsons.

Where else could we possibly start but with New in Town, the first real John Mulaney standup special? Back then, he was just a former SNL writer, and though he’d been doing standup for a few years, he definitely wasn’t a household name.

Fast forward to now, when Mulaney has had his own television show, a Broadway theater show, and roles in major motion pictures and shows.

It all started with New in Town. And if you compare Mulaney’s delivery in this special to one of his more recent specials, you’ll notice that he seems a bit more reserved in New in Town, a little bit less confident.

And don’t get us wrong, New in Town is still an incredibly funny special, but he hadn’t ironed out all the kinks just yet.

This hour-long special has the Delta Airlines bit, the Doctor story, and the titular joke, which many comedy fans have since tried to perform for their friends, often failing to pull it off successfully.

Donald Glover is just a superstar, the kind that doesn’t pop up in Hollywood very much anymore. He does comedy, music, dramatic acting, and his television show, Atlanta, is easily one of the most innovative shows currently on television.

But at least for us, the in-between part of his career is probably our favorite. He was wrapping up with Dan Harmon’s brainy sitcom, Community, and his hip-hop career was still relatively new.

Weirdo is the only Donald Glover hour-long comedy special currently on offer. We can hope that he’ll make some more, but we might be waiting for a while. After all, he’s a busy guy.

But this special is more than enough to impress new viewers with Glover’s honesty, style, and likable delivery.

The special has stories about Home Depot, the cereals of childhood, and a long hard look at romantic relationships. It’s hard to ask for much more than that.

Ali Wong is a razor-sharp television writer, and that strong personality comes across pretty well in her first big Netflix special, Baby Cobra.

She was pregnant during the taping, and she doesn’t shy away from making jokes about the uncomfortable experiences of pregnancy and even miscarriages.

If you’ve been looking for a fresh new standup perspective that you haven’t seen before, then this is the special for you.

Anthony Jeselnik has been around a while, since long before Netflix became a force in the comedy community.

And when it comes to his Thoughts and Prayers special, he brings his hallmark one-liners and unspeakably dark sense of humor.

If you or your watching buddies are sensitive to non-PC jokes, then this special probably isn’t the best choice.

But for those who have a bit of a darker view of the world, this special will fit like a glove.

Maria Bamford is an immensely talented standup comedian, and a few years after this special, she even got her own Netflix series, Lady Dynamite.

But the Special Special Special! definitely deserves its own special notice. She has said in her work many times that she actually doesn’t really enjoy performing in front of big crowds.

So to dodge the problem entirely, she created this unique comedy special, in which she performs standup for her parents and a camera crew, and that’s it.

Well, she also orders pizza for everyone and bakes cookies, but most of the time it’s just her and her parents, and crew members who start to laugh as well at some point.

And of course, her material is also forward-thinking and intelligent and just plain funny. But that sometimes gets blurred by the silliness of the gimmick.

Apparently this special is sometimes considered a theatrical one-man show rather than a comedy show.

But really, it’s both. And if you’re interested at all in how standup can be funny and dramatic at the same time, then My Girlfriend’s Boyfriend should shoot to the top of your watchlist.

Birbiglia tells the long, winding story of his own experience with love and relationships, starting with grade school, when he was one of the last of his friends to kiss a girl.

He takes the story all the way to his current relationship, which developed for years and years, sometimes strong, sometimes precarious.

This is maybe one of the only comedy specials ever made that has the ability to make people cry. It’s emotional, sweet, smart, and it’s a story that’s fun to experience.

Bo Burnham rocketed from YouTube stardom to actual stardom, all at a very young age. And as he says in this special, everything he tries to talk about ends up being about performance as a concept, and where it can go wrong.

Make Happy makes a serious effort to understand what performance looks like today, and how social media has encouraged individual performance on a completely different level.

This is another special that borders on theater, and it also has some of the most impressive and dynamic production design of any modern comedy show.

Burnham uses music, traditional standup, and monologues as a way to talk to his audience about lots of different topics.

Ten minutes in, you’ll be hooked.