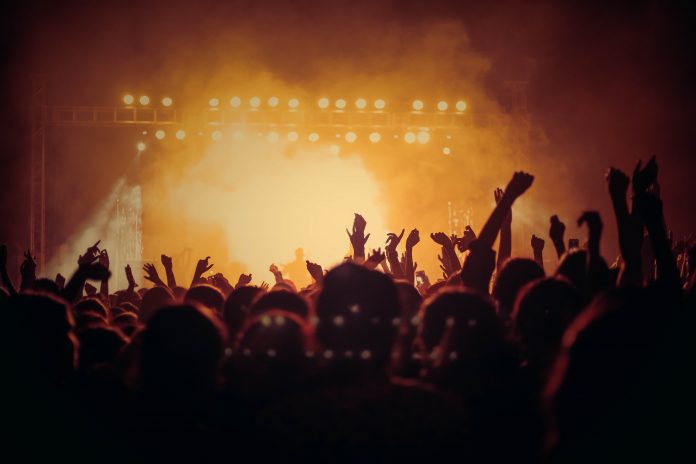 I grew up listening to rock almost exclusively because I didn’t get much from the kind of stuff that was actually popular at the time, which was mostly bad gangster rap and awful club anthems that were played at school dances.

Even then, rock, in a general sense, was starting to wane. The only rock bands that got any serious kind of airplay were broad corporate acts like Creed or the despised Nickelback.

But this was also around the same time that we started to catch on to the potential power of downloading and streaming music online.

Long story short, it was only through the internet that I discovered some of my favorite modern rock bands. These were not obscure groups by any means, but they also weren’t really accessible to many teenagers.

Suddenly I was privy to a world of new music. And I’m happy to say that modern rock has continued to limp along ever since, popping up every now and then to show us all that guitar-centric music still has staying power.

In defense of this statement, we’ve gathered some of the best modern rock bands into a single list. Hopefully, some will be old favorites while others may be new additions to your listening habits.

If you’re feeling a bit fancier, you may want to check out this great guide to getting started with listening to jazz.

The 1975 has been able to walk the line between rock and pop incredibly well. Their special brand of soft-edged rock ballads has gained them some serious clout, especially on the festival circuit.

Their self-titled album, released in 2013, was a great example of what the group was capable of. There was fuzz in it, as well as some more tender tracks.

The band has gone on to be accepted into the mainstream, despite their sound borrowing a lot from the broad arena rock of the early 2000s.

Their future and their legacy is still largely undecided, meaning that we can’t really make any broad generalizations about what the band will mean to the listening public and to the development of rock as a genre.

For anyone who’s familiar with Muse, you might be shaking your head at their inclusion on this list.

For one thing, the British band has strayed from their rock roots pretty heavily on their last few albums, opting for an electronic sound that borrows ideas from the dated dubstep of the early 2010s.

But when we take a look at Muse’s entire career and their many studio albums, they can certainly still be considered a modern rock band, one that has had a profound influence on other groups who have tried to combine rock with electro-pop.

So let’s take a few moments to look back on some of their best albums that sit purely in the category of rock.

Origin of Symmetry, released in 2001, is possibly the first time that the band started to move away from gritty underground rock into more of a sci-fi/dramatic rock sound.

Songs like “Bliss”, “Plug in Baby”, and “Hyper Music” are absolute bangers. And so it’s no surprise that when those songs come up in their concerts, every single member of the audience is singing along.

There’s just a sheer power to these tracks. And no, they don’t necessarily have a timeless quality about them. They do sound a bit dated now.

But the energy at their core is something that has existed in many different genres over the decades.

Muse just found a way to recreate a version of that energy based around the old prog-rock style of the 1970s.

TV on the Radio

TV on the Radio has somehow found a way to combine elements of R&B with melodies that borrow from classic rock and even famous jazz composers of the 20th century.

This is also a band that never wants to be just one thing. They continue to morph their sound on different albums and resist categorization.

And so we apologize for specifically calling them a rock band. They are a rock band, but they’re much more as well.

Who knew that a popular band could just throw an acapella barbershop track on an album like it was no big deal?

Maybe the band’s origins explain their enjoyment of variety in musical styles. After all, the group came together in Brooklyn, a place where it’s nearly impossible to avoid a continuous clash of different genres, cultural influences, and artistic mediums.

Visual art doesn’t necessarily have to be separated from music or movies or any other art form. Similarly, rock doesn’t have to keep its hands off elements of latin music, jazz, hip-hop, and even classical music.

Girl Band is an Irish group that blends elements of dirt rock, noise rock, punk, and even hardcore. They’re also one of the youngest groups on our list.

The band has thankfully been able to find a decent following among mainstream listening, despite the incredibly harsh elements of their music.

Do not expect an easygoing listening experience when you pop on some Girl Band. We might even be able to compare some of their work to the experience of watching a David Lynch movie.

There will be moments when you feel uncomfortable and maybe even a little freaked out. And that’s ok, especially if you’re used to having that experience with media.

Oh, and in case you were wondering, the group does not actually have any female members, unfortunately. And the name was supposedly a bit of an inside joke.

But the most important aspect here is the music itself, which gives us an accurate guess as to what rock will look like over the next 10 or 15 years.

We’ve almost definitely missed some great modern rock bands in our list here, so feel free to leave a comment with some recommendations for us as well as for fellow readers.

What do you think rock will look like in the future? Is the guitar doomed to be excluded from popular music in the years to come?

For right now, the answer seems to be definitely maybe.